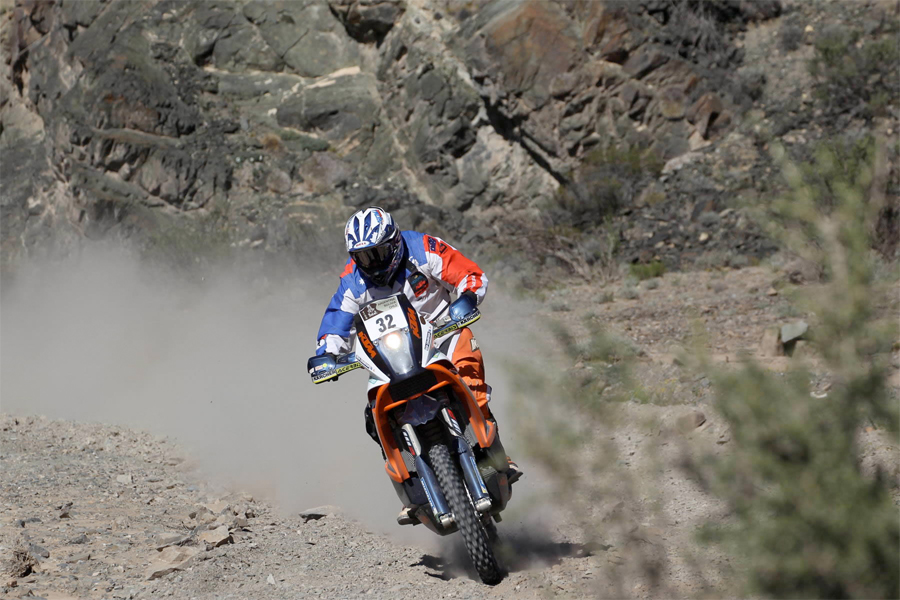 Just a day after logging his best ever result in the famous Dakar Rally, Australian KTM ace Ben Grabham has tumbled down the order in the fallout to a simple navigation error on day three of the race, between San Rafael and San Juan, Argentina.

Grabham was poised to again eclipse his best result in the first hour of the competitive stage after speeding into an incredible third place at Checkpoint One, 57 kilometres in.

However two hours later Grabham and three others including yesterday‰Ûªs winner Sam Sunderland followed one of the lead riders in the wrong direction, causing a domino effect that would result in Grabham entering tonight‰Ûªs Marathon Stage bivouac in 73rd place provisionally.

‰ÛÏMyself, the two Honda guys Sam and Paulo, Juan Pedrero on the Sherco and Ruben Faria all went down the wrong mountain,‰Û