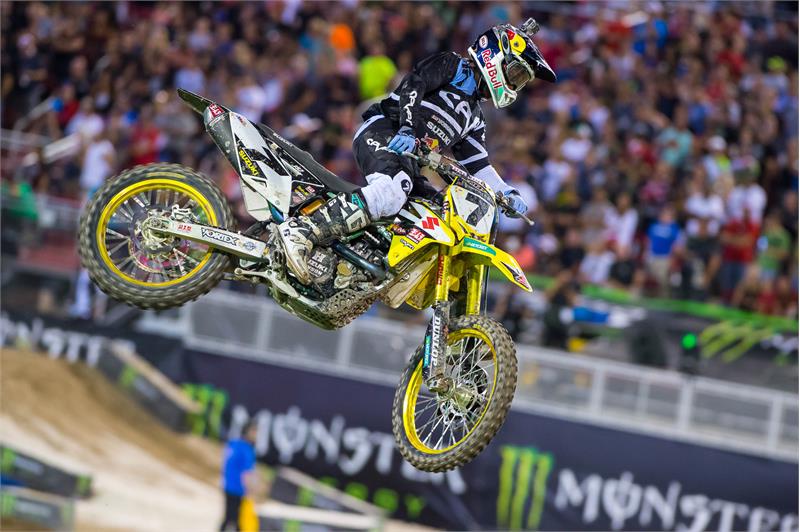 Stewart injured his wrist in practice and then suffered a crash in the first ‰Û÷Main‰Ûª and decided to sit-out the other two legs.

The day began with the Yoshimura Suzuki rider qualifying safely inside the top-10, with Stewart coming in sixth with a 1:08.145.

Unfortunately Stewart jammed his wrist during practice, and just one week removed from his victory in the Red Bull Straight Rhythm, Stewart now had to decide if to even attempt to race in the finals of the Monster Energy Cup.