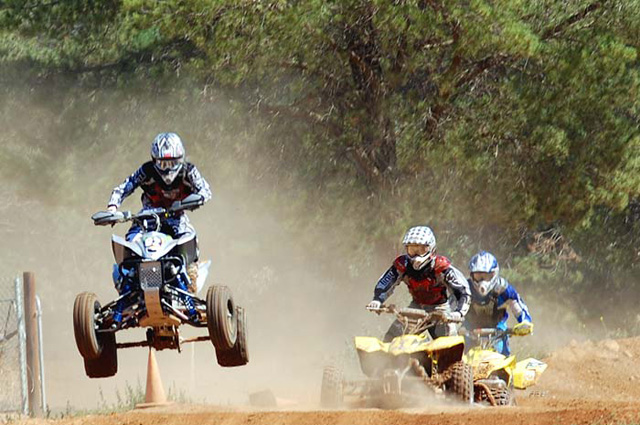 With the first major ATV race of the season approaching, there will be a new Pro ATV team turning heads at the Monster MX Nationals.

Team WPS Yamaha ATV Team will be the team to watch with the two rider team consisting of Victorian's Jake Williams and Mitch Van Vliet. And both riders will be riding 2012 Yamaha YFZ 450R's.

WPS Yamaha ATV Team have also employed the expertise of former Pro ATV rider Michael Roycroft to assist with the management and marketing, as well as Michael's former mechanic Thomas Andruschak expertise in building and maintaining the bikes for the season.

The team has been busy preparing for the first big race over the Easter period which is the Thumb pump 300 ATV festival, where Mitch is a former winner of the 300km enduro.