Worrall and Lambert get Cardiff call 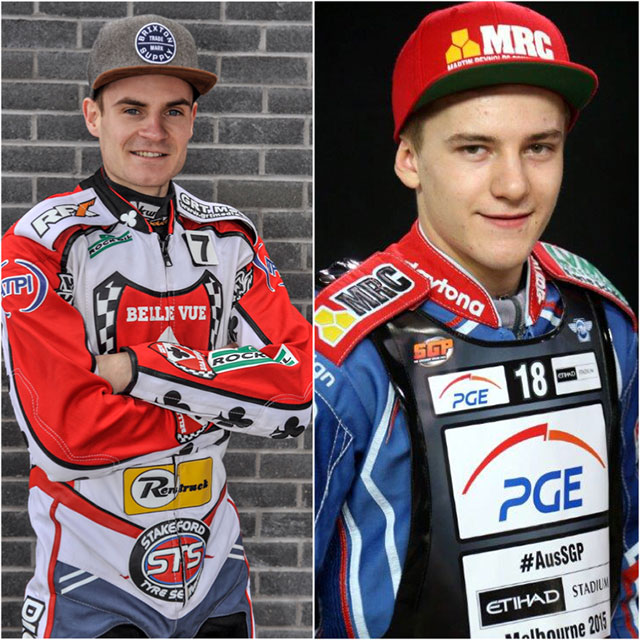 Great Britain stars Steven Worrall and Robert Lambert will be hoping for a dream chance to race in the Adrian Flux British FIM Speedway Grand Prix on July 9 after being named as track reserves.

Worrall dons the No.17 race jacket, while Lambert lines up at No.18. The pair will be called into action at the Principality Stadium if any of the main 16 riders are forced out of a race due to injury, illness, a starting offence or other reasons.

Both men reached the British Championship Final in Manchester on June 13, with Lambert finishing third and Worrall fourth as they continue to make huge strides on the shale.

They race together for the Newcastle Diamonds in the British Premier League, with St Helens-based ace Worrall riding for Belle Vue Aces in the Elite League, while Norfolk hotshot Lambert competes for boyhood club King‰Ûªs Lynn.