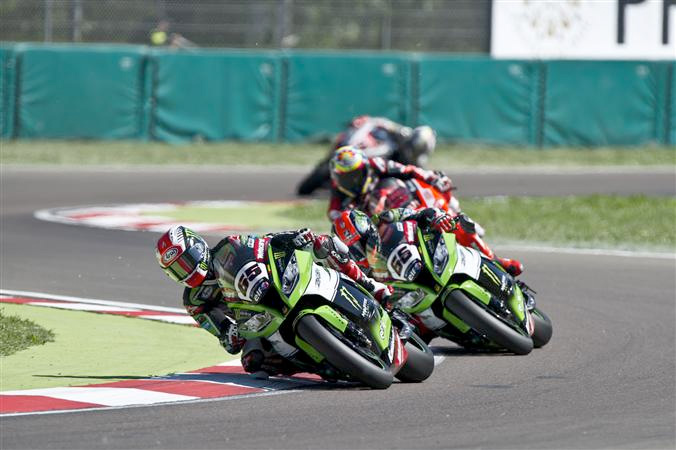 The sixth round of the FIM Superbike World Championship takes place at Donington Park this coming weekend with the on-form KRT rider Jonathan Rea leading the field.

Rea, who has won a remarkable eight out of ten races so far in 2015, has also notched up a race win for himself at Donington in the past, capitalising on an opportunity in the final lap of race two in 2012 to score a popular home victory.

‰ÛÏI think the formula we have found in the working relationship between me and the rest of the team, my crew chief and the engineers at KHI is going very well." Points leader Jonathan Rea commented. "We need to continue that way of working because Donington has presented some challenges to me in the past, as a rider.

"But last year, when I look at the results and watch the races again, it is clear that it is a track that really suits the Ninja ZX-10R, thanks to the stability of the bike in the last sector and the agility and handling of the KRT ZX-10R in the first sector. I expect to be strong but we do not know how strong we can be until Saturday qualifying, after we have completed our preparations for the race.

"Being a home race does not change how I approach the weekend, or how I ride. I do find it bizarre how some guys at home find that X-factor, but we just treat it like another race. I have a lot of family coming over from Ireland and a lot of my British fans have been telling me on social media that they are coming, so it is going to be amazing to come home and see all my supporters. Especially after the run I have.

"I would say that the UK is where I have most of my fanbase, so hopefully I can meet a lot of people and make them all proud.‰Û 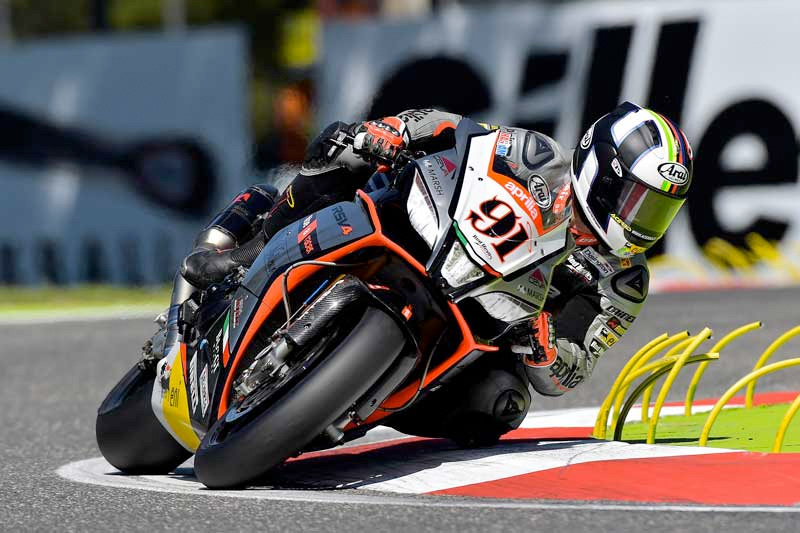 However the rider from Ealing, who lives just a few kilometres from the track, is coming from a crash in race 2 at Imola and will have a medical check-up on Thursday to verify his conditions in view of the weekend.

‰ÛÏI can't wait for Donington, it's my home race and the only chance I get to race in front of my home fans." Haslam commented. "It's also a track I know very well and should suit the Aprilia.

"I have to wait and see how my injury is but I'm confident it will not affect me. Also I know the team has been working really hard to improve the bike, so I'm excited to test the new components‰Û 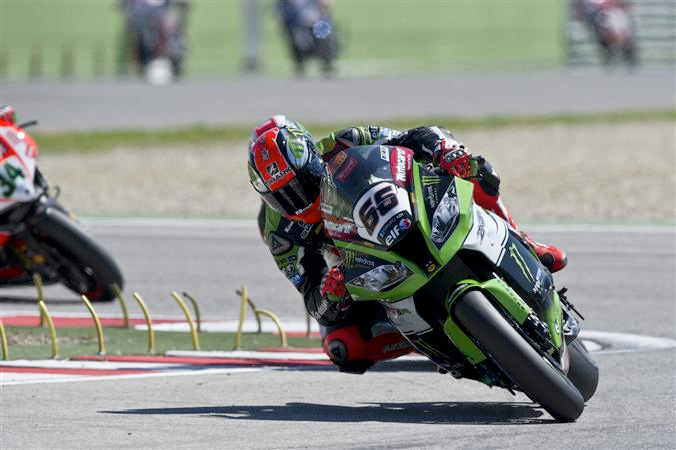 ‰ÛÏI‰Ûªm looking forward to Donington because as the season has progressed I have managed to make myself more comfortable with this year‰Ûªs regulations." Skykes who sits third in the standing said. "So much so that we set a new lap record in Imola, at a place I did not expect to do that.

"We are definitely getting there now and I am looking for a setting that allows me to do that kind of lap time, but for 20 laps. We still miss a little bit but this is just purely from the balance between the bike and me.

"I am really looking forward to improving that and then we can be very consistent for the races. There is no reason why we can‰Ûªt be. The rules have changed for everybody and Kawasaki is doing a great job, reacting fast to the rule changes and they have made things happen quickly. If we have been fast in previous events we can also be fast at Donington. It‰Ûªs a track where we have had good results in the past so hopefully, after the improvements in Imola, we can aim to do something similar.

"At your home race you see a lot of familiar faces from your racing history, and you get to see more family and friends. We have had special memories at Donington in the last two years and it would be nice after the difficulty of the start of the season to feel that kind of magic again.‰Û 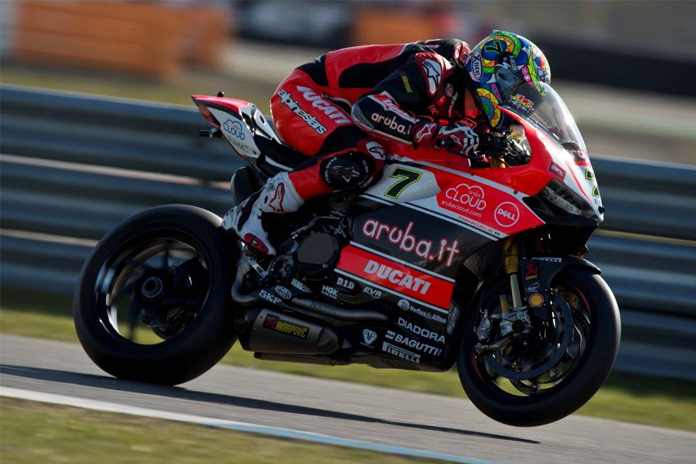 ‰ÛÏLast year we had a pretty average weekend at Donington." Davies said. "It‰Ûªs always been a bit of a difficult one for me actually and I‰Ûªd class it as similar to Assen, though having said that we did alright at Assen this year so I guess it‰Ûªs a case of turning up and seeing what we can do.

"Anyway, it‰Ûªs a home race for me so the extra support will be nice and my aim, as ever, will be to finish both races on the podium.‰Û 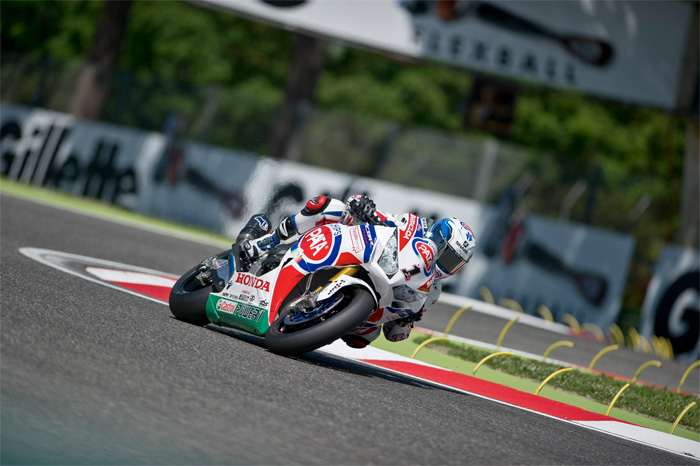 "We managed to salvage something in race one at Imola and took some positives from that, but we were quite a bit off the pace and we still have some steps to make so I can ride the CBR the way I‰Ûªd like." Guintoli admitted." We‰Ûªve got some new things to try this weekend at Donington though, and it‰Ûªs really good that the team is working so hard and responding so positively.

"I really like the Donington track, especially the fast rhythm of the first part and, although some other riders don‰Ûªt like the back section, I see it as a couple of good overtaking opportunities and a lot of fun.

"I‰Ûªve had some good races at Donington in the past and it‰Ûªs always nice to be racing at ‰Û÷home‰Ûª with my family close by. There will be a lot of friends coming to support this weekend so let‰Ûªs hope we can put on a bit of a show for them. 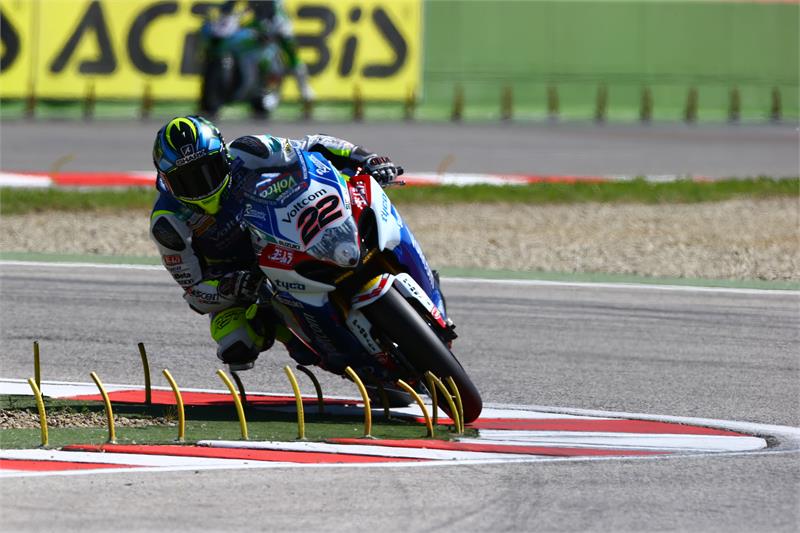 ‰ÛÏDonington has always been one of my favourite tracks and as it‰Ûªs only 10 minutes from where I live it really is a home race!" Lowes explained. "I‰Ûªve made some great memories here over the years ‰ÛÒ including getting a WSBK podium on the Suzuki last year ‰ÛÒ and the UK fans are always in great spirits, really supportive of all the British riders, and Crescent as the only British-based team, so it‰Ûªs a fantastic atmosphere all weekend.

"It‰Ûªs a technical layout and I always enjoy the challenge but I know the track so well, so I‰Ûªm really looking forward to getting started on Friday and getting back out there on the GSX-R.‰Û