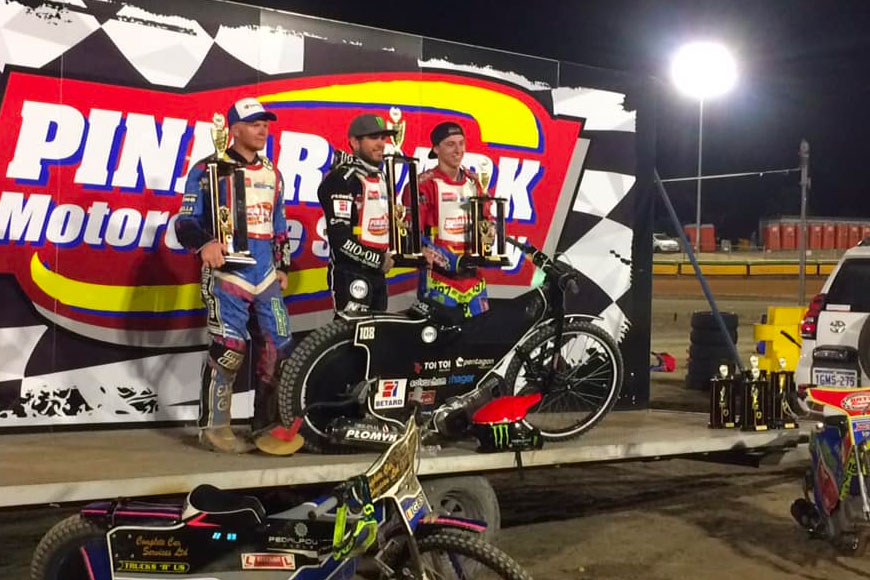 Photo: Pinjar Park Speedway
Triple world champion Tai Woffinden followed in his father‰Ûªs footsteps as he added the Western Australia State Championship to his CV over the weekend.

The 28-year-old went unbeaten in four rides at Pinjar Park in Perth ‰ÛÒ the city where he was raised before returning to the UK with his family to chase his speedway dream.

It was a glorious way to start 2019 for the Scunthorpe-born star as he claimed a crown previously won by six-time world champion Ivan Mauger and five-time champion Ove Fundin.

But most poignantly, the title was also won by his father Rob during the 1987/88 season, with his mentor also playing a key role in the construction of Pinjar Park before his return to Britain.

Woffinden won the title ahead of Ipswich rider Cameron Heeps, who was second. Kane Lawrence was third and Daniel Winchester fourth.

‰ÛÏObviously I grew up here and my dad won the state title here so for me and him to both win is a very special achievement that not many people would be able to do,‰Û