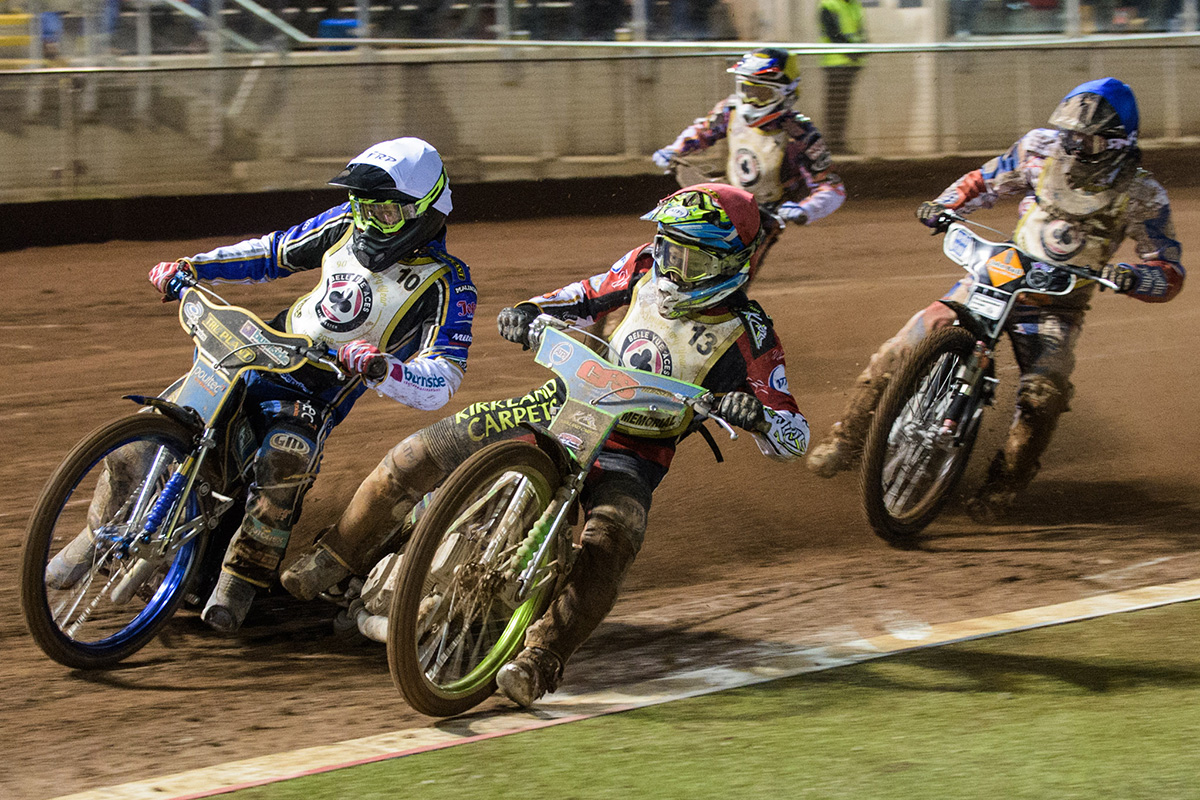 Worrall came through his opening five rides almost flawlessly, dropping just two points in his fourth while Bjerre found his mojo at the National Speedway Stadium after a disappointing start.

The pair surged through to the grand final as the meeting‰Ûªs top two scorers, leaving Jason Doyle to battle through a GP-calibre semi-final against Craig Cook, Dan Bewley and Scott Nicholls.

Swindon stalwart Troy Batchelor was also in the running for a shot at the podium but missed out on a place in the semi-final on count-back, having failed to secure a heat win from his five rides.

Doyle joins the likes of speedway legends Ivan Mauger, Chris Morton and Jason Crump as a Peter Craven Memorial winner and couldn‰Ûªt hide his delight at kicking off his season with a trophy. 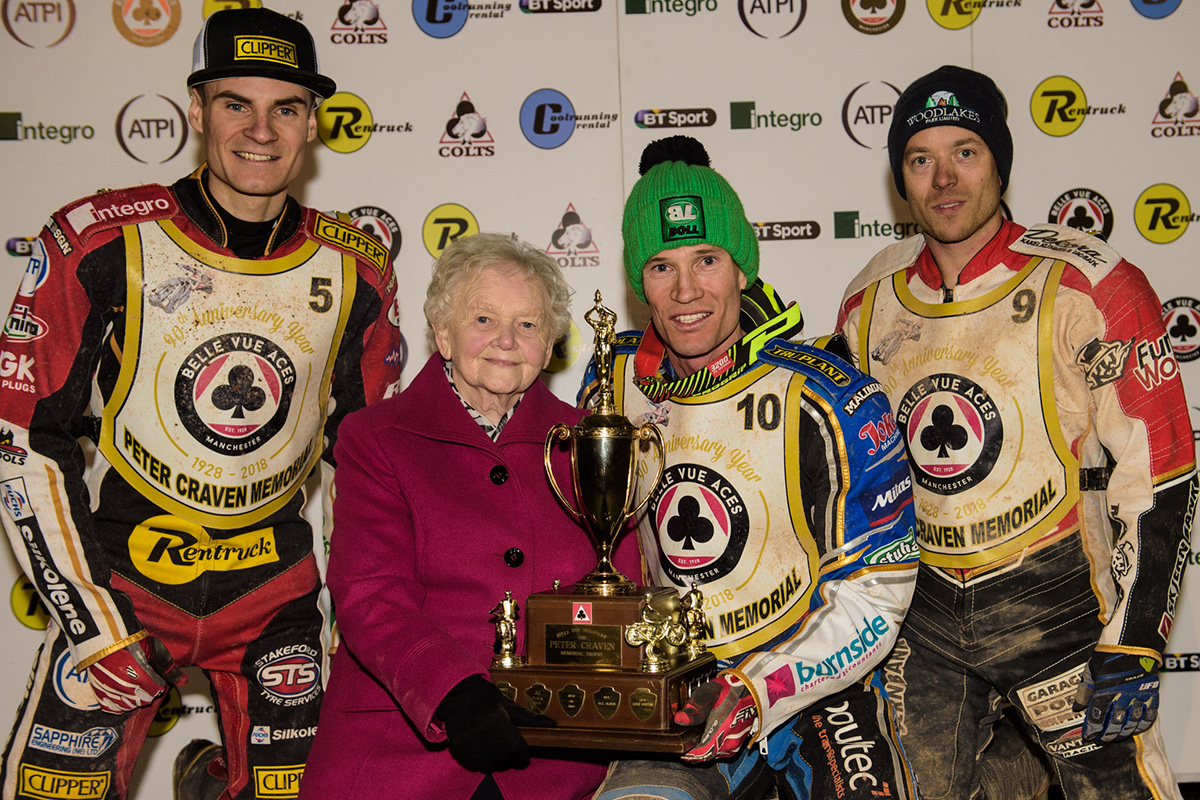 Jason Doyle, Steve Worrall and Kenneth Bjerre. Photo: Ian Charles
"It can be hard going into your first meeting with fresh new machinery and to be honest, I was a little nervous early doors but once I‰Ûªd blown the cobwebs away I felt really comfortable," Doyle explained.

‰ÛÏThe track was beautiful and awesome to ride. It never fails to deliver and I‰Ûªm so happy to have come away with win. It‰Ûªs an amazing feeling to have my name on such an historic trophy.

‰ÛÏFull credit has to go to Steve, Kenneth and Scott because they didn‰Ûªt make it easy. Steve in particular knows the fastest way around this track and he certainly proved it tonight.‰Û