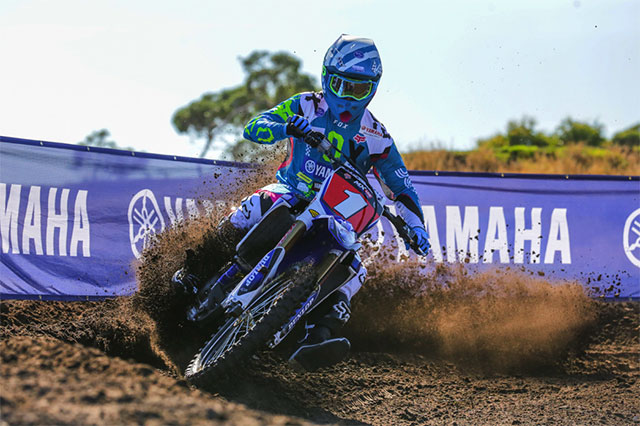 This weekend, the largest motorcycling series in the country, the Motul MX Nationals, will kick off in the Gippsland region of Wonthaggi, where months of training and preparation will finally be put to use when riders line up on the start grid for the first time this season.

With the 2016 championship wrapping up in August last year, athletes have had a staggering eight months to settle in to their new teams, and fine tune their programs in preparation for this year‰Ûªs racing, and with Wonthaggi returning after a brief hiatus from the calendar, many will head into the unknown this Sunday.

Wonthaggi, which last hosted a round of the championship back in 2014 is well known for it‰Ûªs tough sandy surface and the track‰Ûªs ability to really ‰Û÷rough up‰Ûª and test its competitors. In the past, it‰Ûªs often been the home-grown heroes who‰Ûªve taken the round honours, but with so much talent across all categories, this year may just dish out a change in tradition.

When the MX Nationals last visited the iconic Victorian venue, it was local rider Adam Monea who claimed the MX1 round honours ahead of Matt Moss, while 2015 MX1 champ Kirk Gibbs completed the round in an impressive third overall.

In the MX2 category, Kiwi rider Kayne Lamont was the man of the moment back in 2014, finishing on the top step of the podium in front of Luke Clout and Hamish Harwood, while in the MXD development class, local rider Jack Simpson completed the outing in the number one spot ahead of fellow Gippsland rider Jed Beaton, while Egan Mastin rounded out the MXD Podium.

But, with a number of the 2014 podium getters having now moved on to new facets of the sport, the door has been left open for nine new faces to grace the top three spots across the major championship classes.

So, who will finish on top when gates drop this coming Sunday? Will it be the 2016 stars or will the local heroes dominate once again?

Last year‰Ûªs Thor MX1 champion Dean Ferris won an exceptional nine races throughout the 2016 season, and will enter round one of the series this weekend fresh off finishing in second place in the New Zealand Motocross Championship making him the man to beat this Sunday. But one rider who won‰Ûªt be letting the CDR Yamaha rider out of his sights, is 2016 MX1 runner up Gibbs.

With plenty of experience at the Wonthaggi circuit, and the desire to return to his winning 2015 form, the Factory KTM rider will be hoping to start his season with a victory at round one this Sunday. But, if there‰Ûªs one local athlete that simply can‰Ûªt be ruled out, it‰Ûªs DPH Motorsport‰Ûªs Kade Mosig. Mosig, who has moved back to Victoria to contest the 2017 Motul MX Nationals season has been racing at Wonthaggi since his career began as a junior, and with a new team, and a new bike, the Yamaha rider in his late 20s may very well be the man to deliver the locals with a home grown win in the premier class.

In the Motul MX2 category, the round one honours are well and truly up for the taking. Last year‰Ûªs top three riders have now either moved up to the MX1 class or are racing internationally, providing the perfect opportunity for fresh new talent to show the industry what they‰Ûªre made of. After winning the 2016 Australian Supercross Championship, Northern Queensland rider Jackson Richardson is all set for his Motocross debut with Serco Yamaha, and after spending a number of years racing in America will be a force to be reckoned with when he hits the Victorian circuit.

However, Richardson isn‰Ûªt the only rider who could impress this coming weekend, Raceline Pirelli KTM‰Ûªs newest addition Jayden Rykers now has a year of MX2 experience under his belt, and will be more than ready to step things up and cement himself as a championship contender ‰ÛÒ much like DPH Motorsport‰Ûªs Wilson Todd, who after completing his MX2 apprenticeship last year will also be a threat the 2017 Championship when the series kicks off on Sunday.

Finally, the Pirelli MXD category will also showcase plenty of future talent this weekend, especially with the likes of Cody Dyce and Morgan Fogarty stepping up from junior racing in 2017. Plus, with a handful of riders having had a year‰Ûªs experience already racing the Under 19s category, the development class will be highly competitive when the gates drop in Gippsland.

Throw in the first outing for the Junior 125cc category, factory trucks, entertainment for the kids, and the fastest riders in the country and Round 1 of the Motul MX Nationals this weekend is an event not to be missed.

This Sunday will set the scene for the entire year, and motocross fans have the opportunity to witness history unfold at Wonthaggi in Victoria. So If you‰Ûªre a lover of motorsport and racing, make sure you‰Ûªre in Gippsland this weekend, Sunday April 2 for the opening round of the 2017 Motul MX Nationals.

For more information on the Motul MX Nationals, including ticket prices and race schedule, head to www.mxnationals.com.au