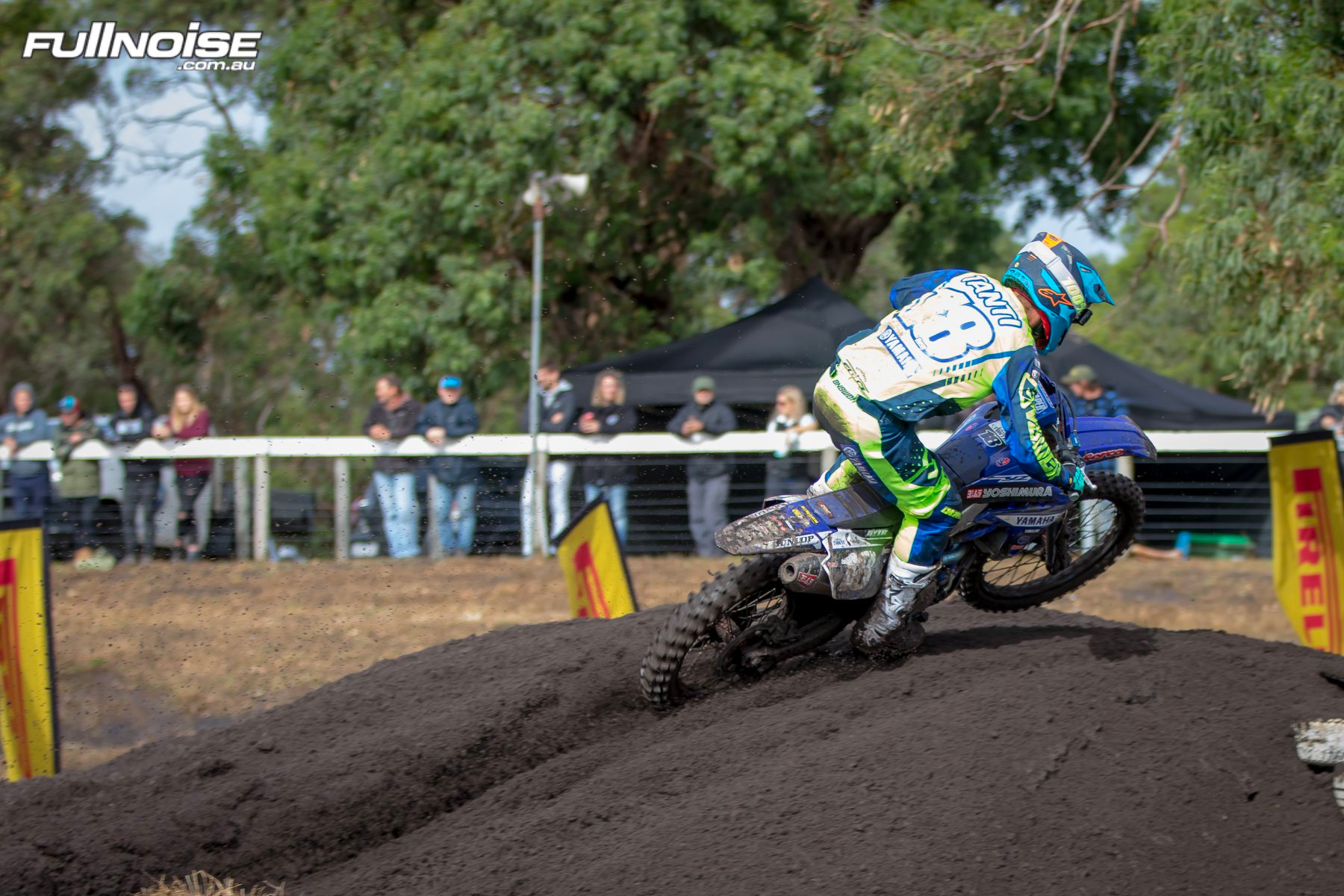 Tanti's 2-9-4 results landed him in second for the day and he jumped to fifth in the series standings. Photo: Aaryn Minerds
Serco Yamaha‰Ûªs Aaron Tanti raced his YZ250F to second place at round two of the MX Nationals on a wet, sandy and challenging Wonthaggi course, in the MX2 (250cc) class.

Tanti started the day in strong fashion with a second place in timed qualifying and laying down some good laps on a track that would prove very difficult to ride. The day also tossed up another issue for the MX2 riders as they faced their first sprint format for the year, with two back to back eight lap races in the morning, followed by an 11 lap event to finish the round.

That speed carried over into race one with Tanti grabbing the all-important holeshot and leading the 40 rider field around the first lap. He held that lead until lap 5 when he got crossed rutted down a straight a speared off the side of the track. To his credit, he regained control of the bike but not before he had relinquished the lead. He then regathered his composure and charged home to finish second in second place.

With a quick six minute turnaround, the MX2 field were back on the grid and ready to unleash some more. Unfortunately, the start for Tanti wasn‰Ûªt as good and he was back in the pack and battling to move forward with the amount of dirt and sand flying from the bikes in front. He managed a ninth place finish and needed a good result in the third and final moto to secure a podium position.

The third race saw Tanti running sixth in the early going before moving up two places by race end. His 2-9-4 results landed him in second for the day and he jumped to fifth in the series standings.

In the past, softer or sand tracks haven‰Ûªt been my strong point and have struggled to get the results I need on those style of tracks, so it was good to ride well here in these conditions and get on the podium.

‰ÛÏI had race one under control and didn‰Ûªt really feel much pressure from behind me but as I came down the pit board straight, I felt the front wheel aquaplane in the mud and by the time it grabbed traction again, I was already heading off track. But second was still a good finish," Tanti continued.

‰ÛÏRace two was pretty average but I was able to rebound well in the final one and get on the podium.

‰ÛÏThanks to everyone in the Serco Yamaha team. The first two rounds have been a nightmare for the mechanics and they have done a good job of keeping the bikes in great shape. Next up is Broadford and I‰Ûªm looking forward to that and hopefully keep this momentum going.‰Û 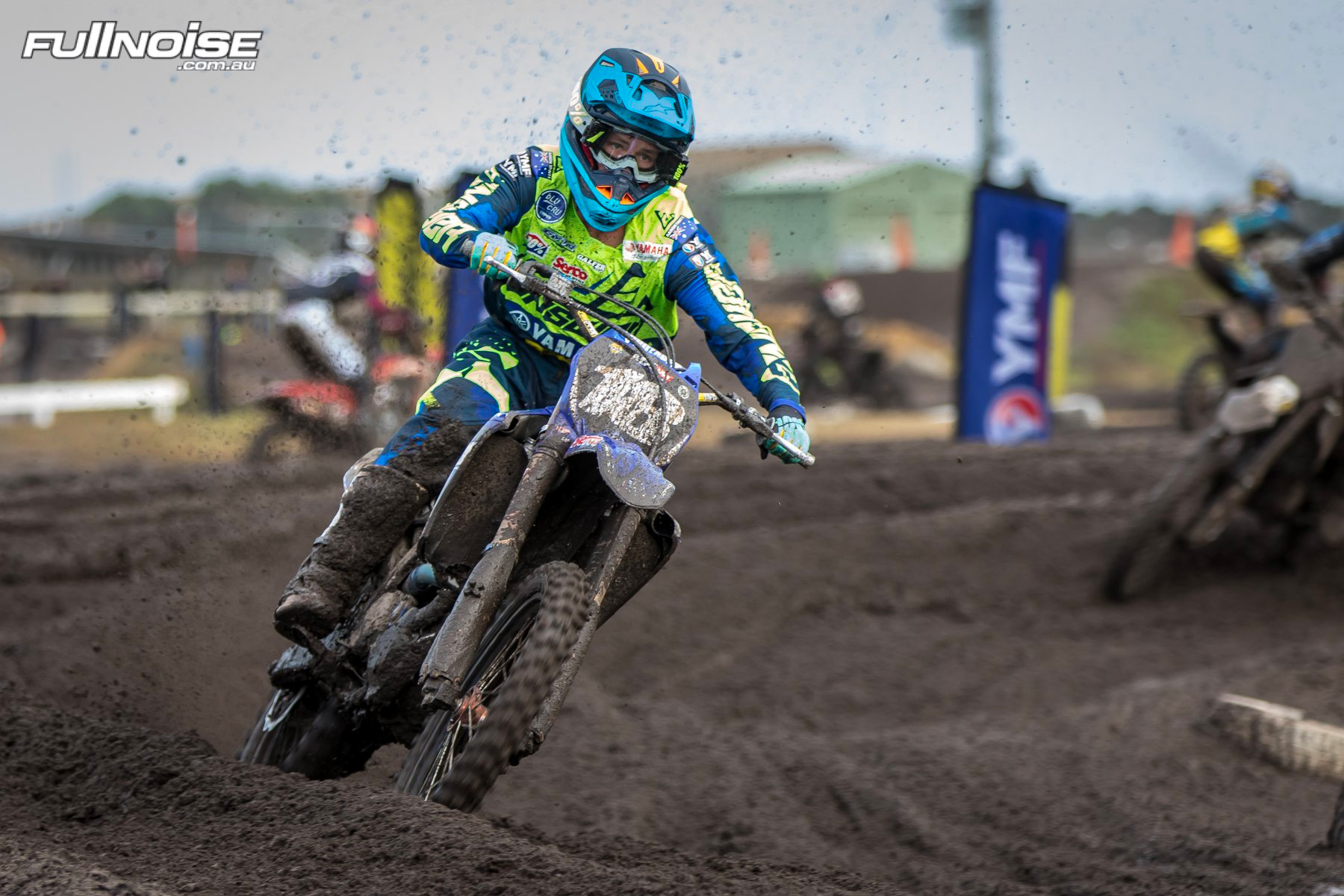 Tanti's 2-9-4 results landed him in second for the day and he jumped to fifth in the series standings. Photo: Aaryn Minerds