Winning Weekend for Ryan Brothers at Kings and Queens of Canberra 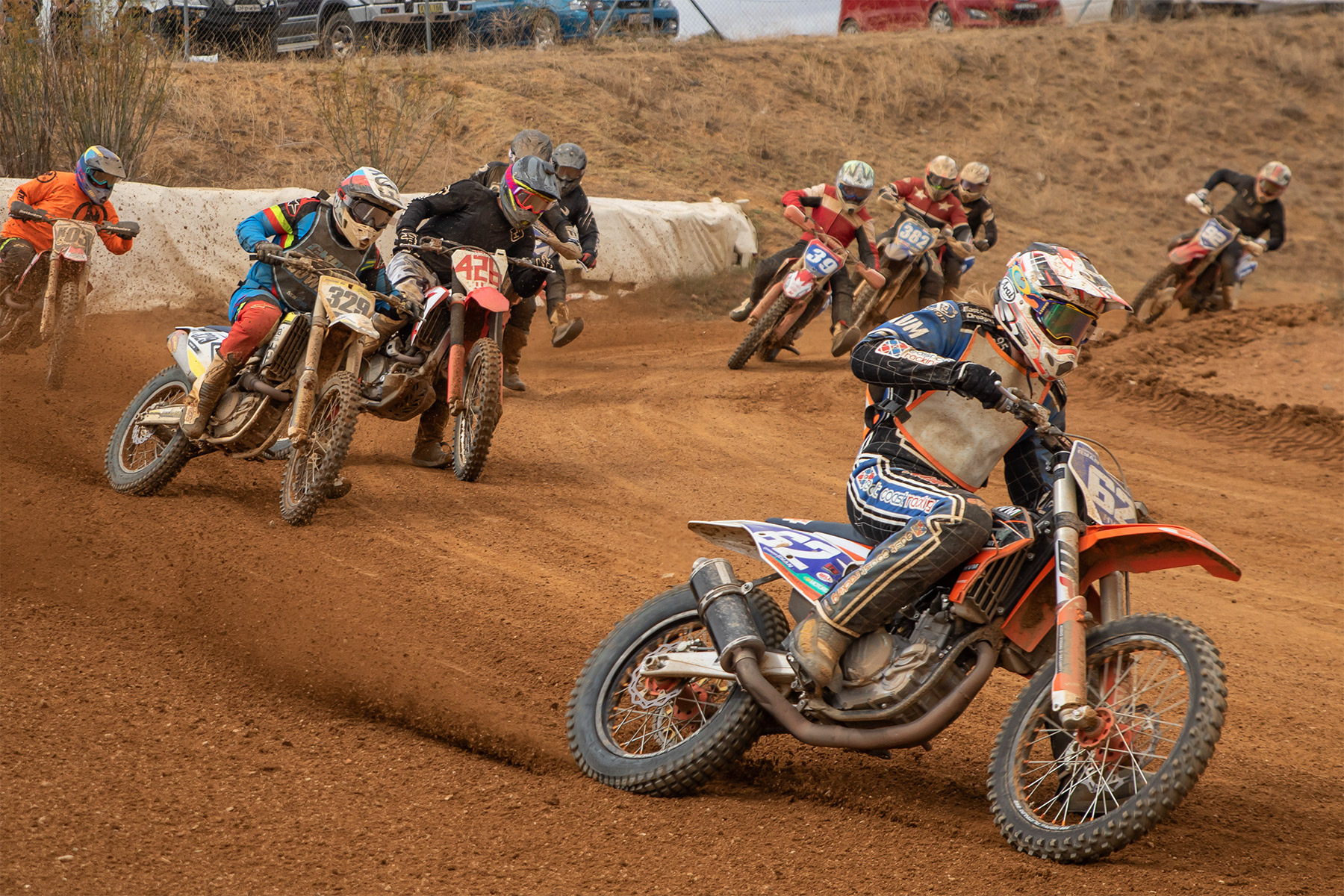 Connor Ryan (62) on his way to victory, Photo: Dean Thompson Photography
The annual Stay Upright Kings & Queens of Canberra long track meeting over the weekend (March 16 /17) saw the Ryan brothers step in to the spotlight with Connor winning the senior feature and Harrison dominating the results in the juniors.

There were plenty of highlights over two days of close and exciting racing and the brothers were prominent among them.

Since he entered the senior ranks Connor Ryan has not had a problem qualifying for finals, but his victory in the Pro 450 final in Canberra ranks as his biggest success to date.

Connor took the lead early in the 6-lap final and the classy line-up could make no impact on the lead he established, with David Smith, Thomas Herrick, Michael Vecchi, Jesse Davies and Kale Galeano chasing him home.

Earlier in the Pro Open final the same six riders finished in the top half of the field, but in a vastly different order. It was Herrick who scored an impressive win ahead of Vecchi, Smith, Galeano, Davies and Ryan.

The Pro 250 class as usual produced a close tussle on points over the five rounds with Jake Farnsworth outpointing Victorian Bradley Burns and Kye Andrews.

Albury rider Jesse Davies scored a double with victory in the Slider class, after having won the exciting IDH Projects Senior Shoot-out on the Saturday afternoon.

The Canberra Motorcycle Centre Junior Shoot-out started the run of success for 15 year old Harrison Ryan who later went on to win the 2-stroke and Lites classes as well as the Feature Race.

Harrison had to overcome some good starts by Victorian Max Berry with Callan Butcher always finishing in third place.

Brothers Kai and Lync Frame dominated the Dirt Track Sidecars while Lawrence Fairey, Justin Gioffre and Jake Farnsworth were the winners in the racing for the old riders and old bikes.

Besides Harrison Ryan in the juniors there were some other good displays.

Hayden Nelson from Taree was a class winner on his first outing at the Fairbairn Park track, with other winners Hugh Hope-Hodgetts from Forbes, Kurtis Jackson and Alexander Codey from Sydney and host club rider Jake Taylor, while Lachlan Russell was twice narrowly outpointed for a class win.