Win it or Bin It for QLD GYTR YJR 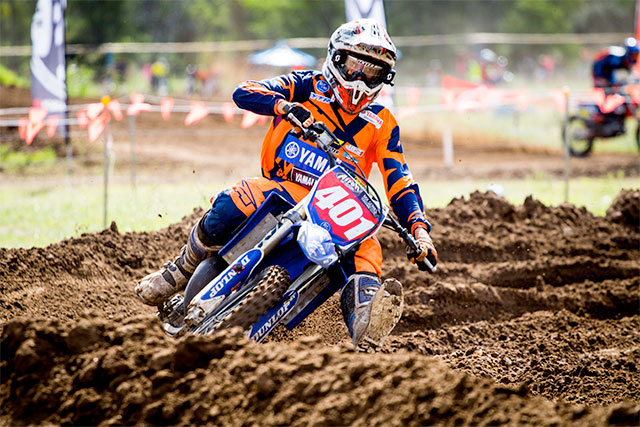 It was a case of ‰Û÷win it or bin it‰Ûª for the Queensland GYTR Yamaha Junior Racing duo of Jack Kukas and Levi Rogers at round three of the Airoh Helmets Sunshine State Motocross Series, held at the Chinchilla circuit over the weekend.

The pair picked up a class win each but also tasted the Chinchilla dirt too often which cost them dearly when the points were tallied at the end of the day. The boys won six out of the 12 motos contested but need to ensure they keep of the turf to put in a complete day.

Levi Rogers claimed the win in the 13-14 years 250cc division on the back of his 2-1-1 results. After a shaky start in moto one, Rogers got his act together for the final two motos and was able to notch up some race wins and take the win for the day.

Unfortunately, things weren‰Ûªt as smooth on the 125. Levi rounded out the day in fifth place with 14-5-2 results and not the day he was after. He crashed in the opening two motos, both while in podium positions. On the positive side, his speed is good and he isn‰Ûªt injured so a cool head and some patience while in the heat of the battle is needed to secure his best results.

After three rounds in the series, Levi now sits in second place on his 250cc and third in the 125cc class.

‰ÛÏI‰Ûªm trying to go as fast as I can and get better each round but I also need to stop crashing,‰Û