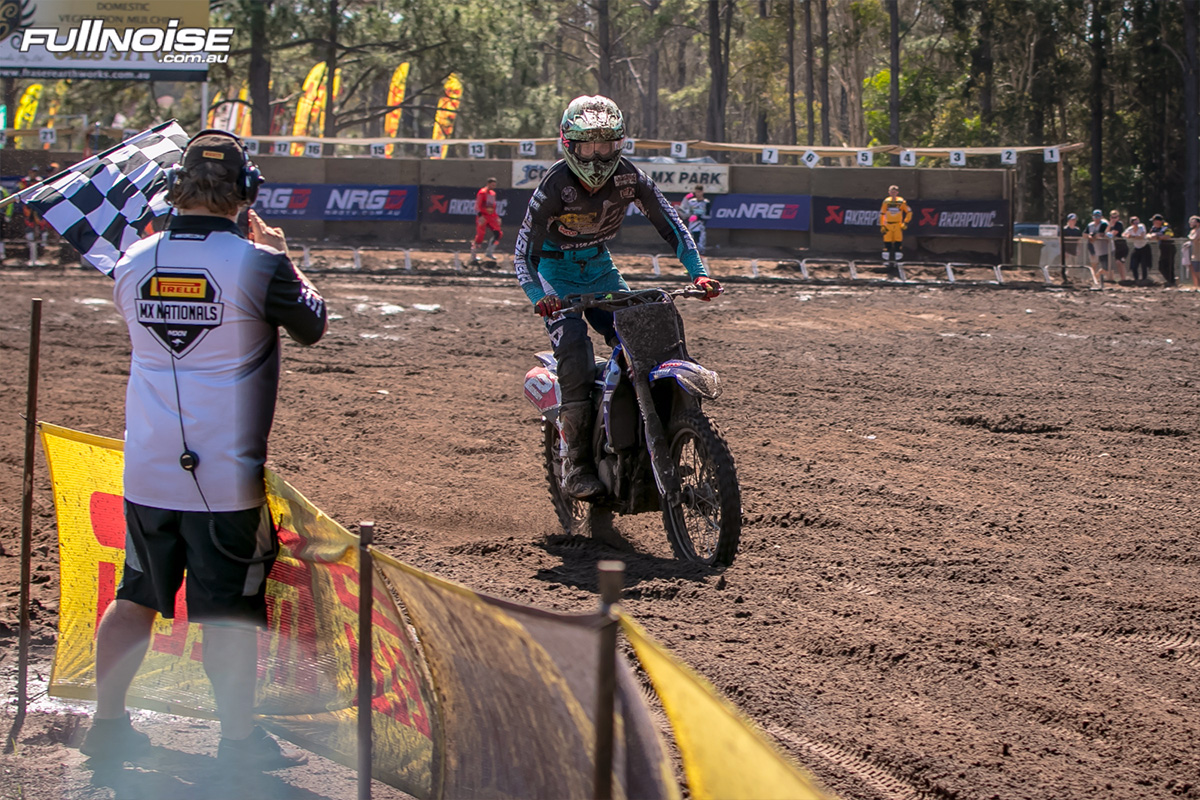 Wilson Todd greet the chequered flag as 2018 MX2 Champion. Credit: Aaryn Minerds
Serco Yamaha‰Ûªs Wilson Todd is the 2018 MX2 MX Nationals Champion after finishing sixth in the opening moto of at the final round of the championship, held at Coolum on the weekend.

Todd just needed 14 points over the weekend to nail down his maiden MX2 crown and after coming so agonisingly close in 2017, he wasn‰Ûªt about to let it slip this time and took no chances in getting the job done.

Todd started the moto inside the top 10, made a couple of passes and found himself in a safe sixth place with no pressure from in front or behind. He then rode out the remainder of the race as safely as possible and didn‰Ûªt even try to do anything more than ensure that championship trophy was his at the end of the 30minute moto. 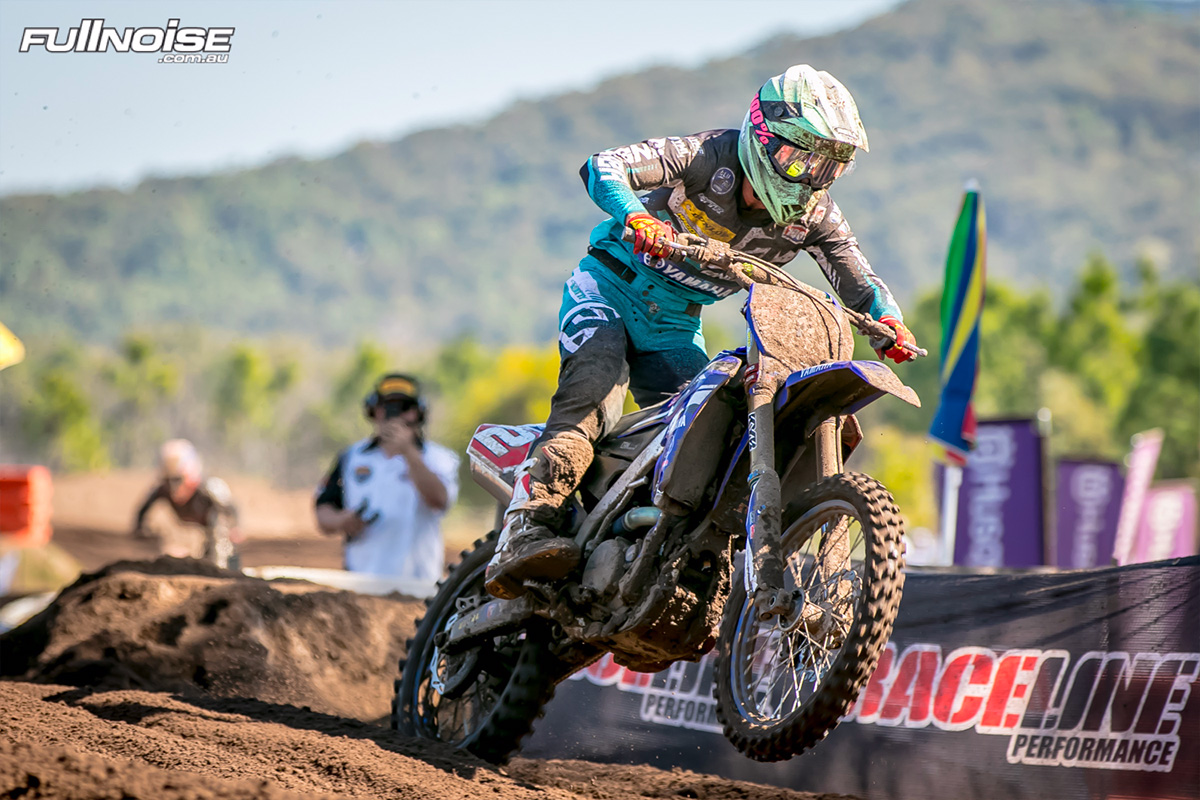 Took took 8 moto victories from the 20 races on his way to the 2018 crown. Photo: Aaryn Minerds
After what seemed like an eternity on the track, Todd crested the last jump going onto the front straight at Coolum, raised his fist and punched the air knowing that he was the 2018 MX2 national champion. The team them surrounded

‰ÛÏI am so glad to get this race over with and secure the championship,‰Û 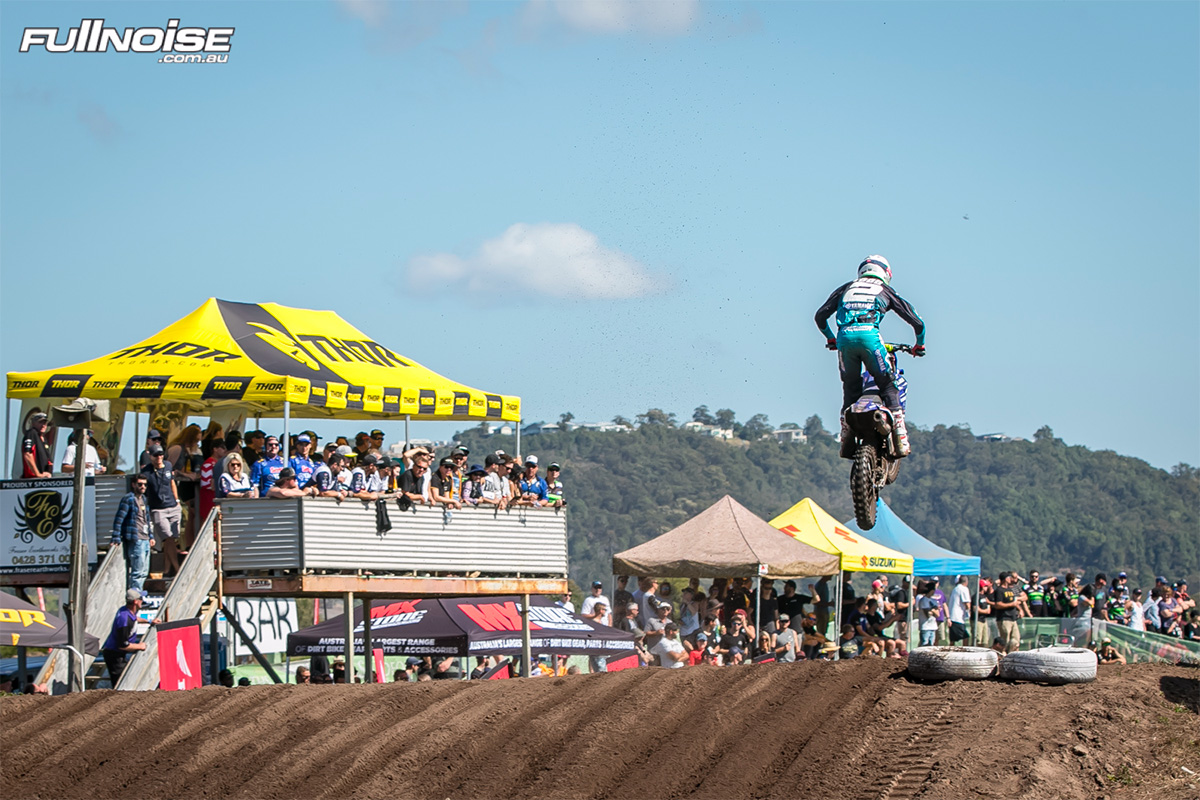 Todd's winning margin was 53 points. Photo: Aaryn Minerds
Once the celebrations were over, it was time to refocus on the second moto of the day and tackle the rough Coolum circuit for another 25 minutes. Again, with the championship under his belt, a looming supercross championship to start in a month, Todd took no risks and circulated in fourth place and barely saw another rider on the track. His 6-4 results gave him fourth for the round, but Todd won the war and was crowned the 2018 MX2 champion at the official presentation later that afternoon.

‰ÛÏIt feels so good to get this championship after what happened last year and I‰Ûªm so thankful for the team of people that help me. Yamaha, Serco Yamaha and my mechanic Ben have been awesome as well as all our team sponsors. Ross Beaton for all his help and support behind the scenes as well as my family who are here today to watch. So many people play a part in making things like this happen and I‰Ûªm so happy that I was finally able to win this championship.‰Û 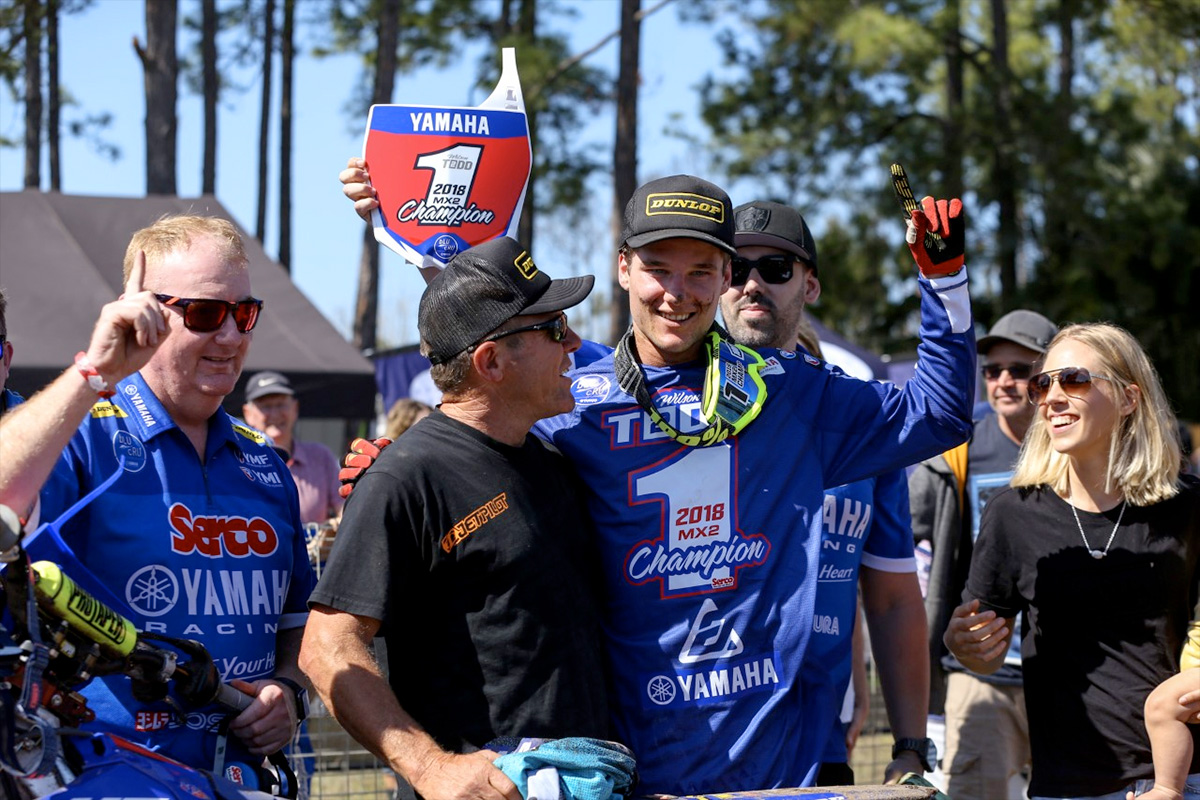