Wilson Todd Ruled Out of MXGP Of Argentina 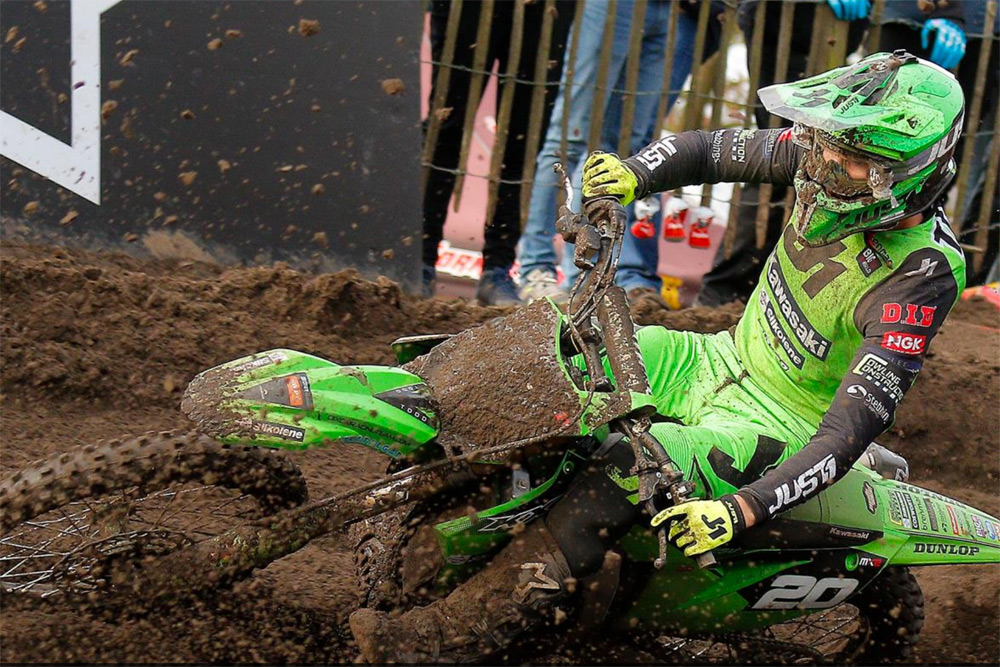 Wilson Todd of DRT Kawasaki will miss the next round of the FIM World MX2 Motocross Championship after sustaining injuries this weekend.

The Australia Kawasaki pilot Wilson was injured at the first corner of the opening MX2 race when he was involved in a multiple rider pile-up.

The 2019 MX Nationals MX2 champion was run over by several riders and sustained broken fingers.

‰ÛÏI joined in on the first turn pile-up and got ran over. Some broken fingers and cuts. We will be back! ‰ÛÏ Wilson Todd said in a statement released by Kawasaki

DRT team owner Steve Dixon has stated that the team will now miss the Argentina GP but he too remains optimistic that Wilson can return to racing in Spain.