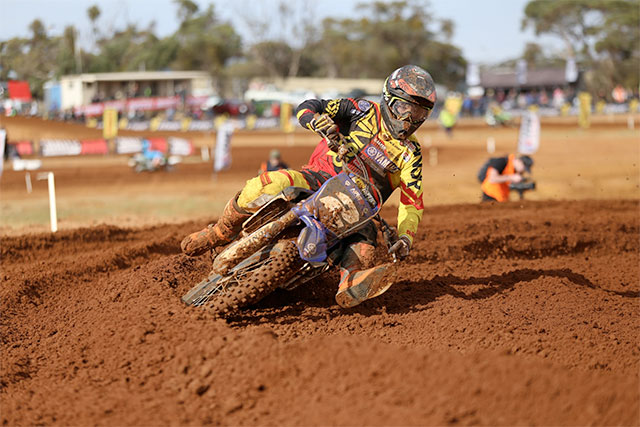 Serco Yamaha‰Ûªs Wilson Todd holds down a commendable fifth place in the MX2 championship after round four of the MX Nationals wrapped up at the Murray Bridge circuit over the weekend.

The freshmen MX2 racer again showed plenty of speed mixing it with the established names of the class and proved he is fit and fast but needs to stay on the machine to capitalise on his obvious skills.

Todd qualified fastest in the morning session, his second for the session, and was determined to let his speed do the talking in race one.

When the gate fell, Todd was just inside the top 10 with all the MX2 heavy hitters ahead of him. With the speed on early, Todd moved his way forward and when the 30 minute moto ended, Todd had clawed his way to fifth, snapping on the heels of fourth, in a solid performance.

Race two saw Todd on the ground in the second corner and a lot of work ahead of him to grind out a respectable result. Again he showed his true speed as he roared through the pack to claim seventh place. His 5-7 finishes gave him fifth for the round and he consolidated his fifth place in the championship standings.

‰ÛÏI have struggled a bit here in the past so it was good to have a reasonable day and come away feeling good. I got a bit tight at the end of the first moto and probably should have finished fourth and the crash in race two wasn‰Ûªt what I needed to start the race.

‰ÛÏBut I feel like I‰Ûªm riding well and I think better results are on the way,‰Û 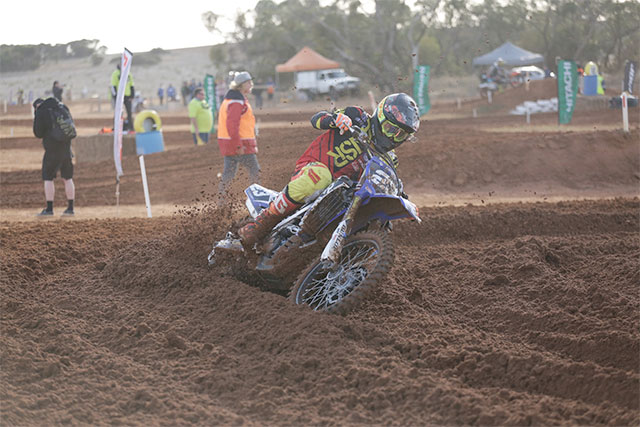 He showed his determination by fronting the start gate in race two and put in a huge effort. With no energy he toiled away for 20 minutes to take a 10th place finish.

‰ÛÏIt‰Ûªs been a frustrating start to the year for me as I seem to keep getting caught up in crashes or first turn pile ups,‰Û