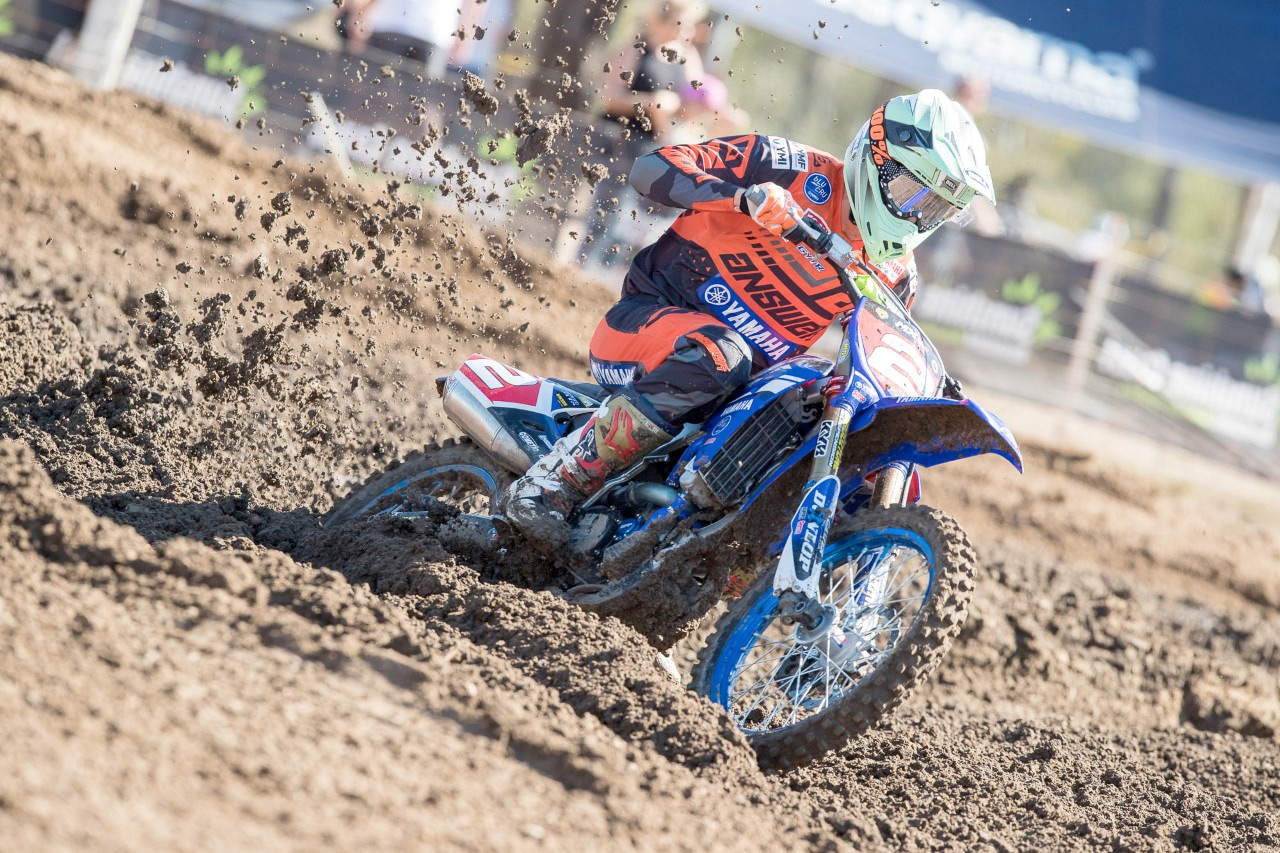 Todd, who took control of the series points lead after round four and carried the leaders red plate since, needs nothing more than a top 10 finish at the opening race at the 10th and final round of the championship this weekend at Coolum.

There was a possibility of wrapping the championship up at round nine but a fall while leading the opening race soon put paid to that as he dropped several positions while he remounted and got back under way. He managed to claw his way back to sixth place and salvage decent points but the chance to clinch the championship win a round early went out the window.

But that didn‰Ûªt mean he didn‰Ûªt want to win the final race and at least climb on the podium for the round. He charged to the front of the second start and this time kept it on two wheels as he and Jay Wilson sped away from the chasing pack. The pair motored away and finished nearly 30 seconds clear of the third placed rider with Todd taking the win and his combined 6-1 results giving him third on the day.

‰ÛÏAlthough it was possible to win the championship today, I tried not to think about it and I knew a lot of things had to go my way for that to happen, so I just tried to ride the best I could and let the results take care of themselves,‰Û