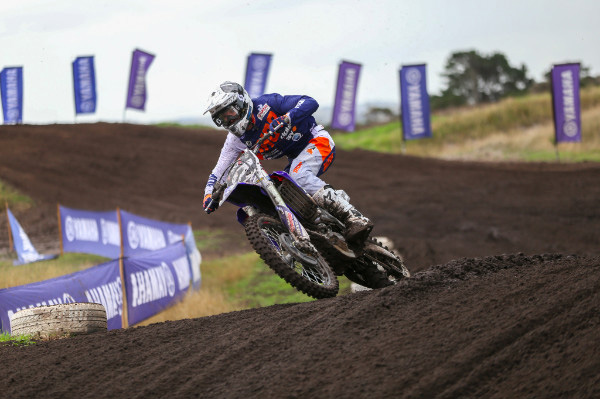 DPH Motorsport‰Ûªs Wilson Todd has raced to his first Motul MX2 round win of the 2017 race season after riding his Yamaha YZ250F machine to 1,2 results at Round 1 of the Motul MX Nationals at Wonthaggi today.

With a number of riders stepping up to the Motul MX2 class from the MXD ranks, or returning from racing overseas this season, it was hard to pick who would take the first victory for 2017 on the technical Wonthaggi circuit, but Todd was dominant from the outset.

In what was familiar Victorian weather, qualifying took place in chilly conditions this morning and it was a battle of the three Yamaha riders Wilson Todd (DPH Motorsport), along with Serco Yamaha pair Mitchell Evans and Jackson Richardson. But after the 15-minute timed session it was Todd who topped the time sheets with a 1:45.476 lap time, an impressive 1.4 seconds ahead of Evans and Richardson. 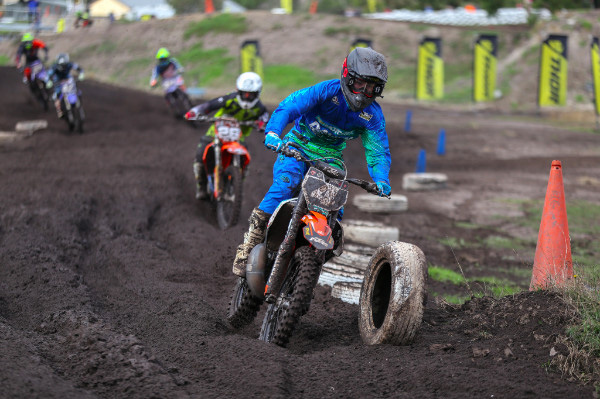 With DPH Motorsport‰Ûªs Todd taking first gate pick in race one, all eyes were on his 2017 Yamaha YZ250F as the 40 strong bikes approached the first turn, but it was Serco Yamaha‰Ûªs Richardson who secured the first Raceline holeshot ahead of fastest qualifier Todd.

After only two laps, Richardson stretched out his lead on Todd to a healthy two seconds, while Synep Racing‰Ûªs Dylan Wills settled in to third position aboard his Husqvarna ahead of Bulk Nutrients WBR‰Ûªs Aaron Tanti.

As the first 30-minute plus one lap moto progressed, Richardson began to feel the pressure from an in form Todd, while Wills also attempted to close in the DPH Motorsport rider for second position. Behind Wills, Raceline Pirelli KTM‰Ûªs Jayden Rykers held down fourth position after six laps on track, followed by Serco Yamaha‰Ûªs Evans, Hamish Harwood (CML KTM Racing Team), Tanti and privateer Richie Evans.

By the 11th rotation, riders were well into lapped traffic and DPH Motorsport rider Todd capitalised on the opportunity to make up time, closing in on Serco Yamaha‰Ûªs Richardson and making the pass for the lead. Synep Racing‰Ûªs Wills dropped back to sixth position at the pointy end of the moto, allowing Rykers and Evans to inherit third and fourth places.

In the closing stages of race one, rain set in but Todd continued to put distance between himself and Richardson in second position ‰ÛÒ and with two laps to go, Todd was more than a second quicker than any other rider on track.

From there, that‰Ûªs exactly where Todd remained ‰ÛÒ controlling the race until the chequered flag flew. Richardson crossed the line in moto one in second position ahead of Rykers and Serco‰Ûªs Yamahas Evans, who finished in third and fourth. New Zealander Harwood who is racing both the MX2 and MX1 categories this year finished in an impressive fifth place, while Wills, Evans, CRF Honda Racing‰Ûªs Kyle Webster, Egan Mastin (KTM) and Tanti completed the Motul MX2 top ten. 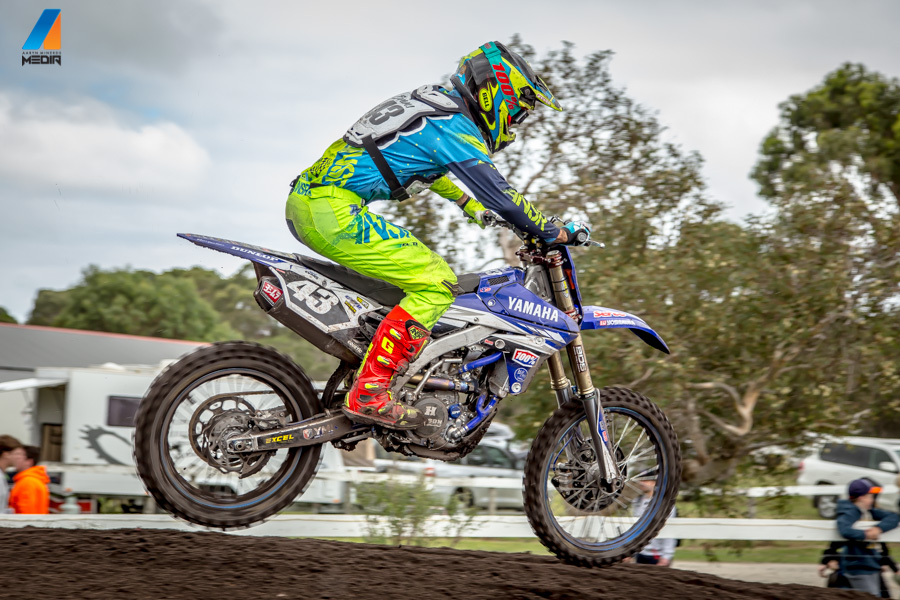 By the time the final moto kicked off for the Motul MX2 class, the skies had cleared and thousands of spectators watched on as the class headed out on track for their 20 minute plus one lap moto. Davey Motorsport's KTM rider Mastin got to the race lead after only the first turn, but DPH Motorsport‰Ûªs Todd was once again lurking in second position threatening for the lead.

In what was an upset for Serco Yamaha, moto one second place getter Richardson went down on the opening lap, and was forced to re-join the race at the rear of the pack.

After only six minutes on the rough Wonthaggi circuit, Mastin looked in no way to be slowing down aboard his KTM 250 two-stroke, while Todd looked comfortable in second position ahead of CML Racing Team‰Ûªs Harwood. After a tough start in moto one, Webster looked to redeem himself in race two and after five laps held down fourth position, while Serco Yamaha‰Ûªs Evans slotted in to fifth.

With the top two riders Mastin and Todd out in front with a healthy gap on the field, the attention then shifted to the battle for third. Webster managed to sneak up onto the rear wheel of Harwood, eventually making the pass in the front section of the track with thousands of spectators as the backdrop.

As moto two reached its closing stages, two-stroke piloted Mastin continued to lead from Todd, Webster and Harwood. Fifth position was occupied by Evans, followed by Raceline Pirelli KTM‰Ûªs Rykers in sixth, and Serco‰Ûªs Richardson who had made his way back to seventh from his lap one crash.

But it was Mastin who was the man of the moment in moto two, putting in a flawless performance to lead from lap one to the chequered flag. Todd crossed the finish line for the final time today in second, while CRF Honda Racing‰Ûªs Webster wrapped up his second outing today in third. Evans made the pass on Harwood late in the moto to finish fourth, while Harwood wrapped up race two in fifth. Rykers, Richardson, Tanti, Richie Evans, and SD3 Husqvarna‰Ûªs Luke Arbon completed the top ten.

However, with 1,2 results, it was DPH Motorsports‰Ûª Wilson Todd who concluded round one on the top step of the Motul MX2 podium, Mastin wrapped up the season opener in second overall, while Serco Yamaha‰Ûªs Mitchell Evans‰Ûª consistency paid off seeing the 2016 MXD champ finish his MX2 debut in third for the round.

‰ÛÏI‰Ûªm stoked to come out this year and win the opening round. I had a lot of bad luck last season,‰Û