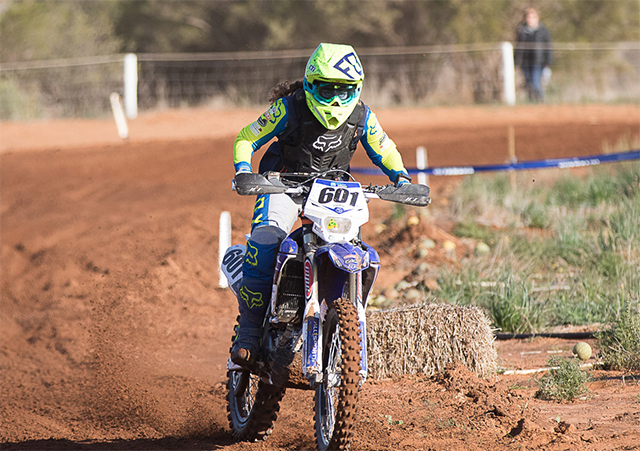 As the Womens, Vets and Masters competed from the WR450F test gate, it would be Wilson, Pumpa and Hage to come out on top for their respective classes at Round 8 of the Yamaha Australian Off-Road Championship (AORC) at Renmark, SA.

The racing featured several changes of winners in retrospect to yesterday. The sprint format consisted of five laps to determine the winners.

Womens
After a disappointing race on Saturday, Yamaha mounted rider Jemma Wilson turned the tables to win! Wilson struggled to adapt to the track yesterday, but found herself in a much stronger position today. Wilson recorded a time of 36:11.229. Swedish rider Emelie Karlsson rose to the occasion today to slot into second place on her Yamaha. Karlsson posted an accumulated time of 36:19.103. Sophie Coldicutt rode very well on her Yamaha to finish in third with a time of 36:38.417.

Vets
The veterans class is designed for over 35's competitors and showcases several enduro legends and champoins. Local veteran Rowan Pumpa on his Yamaha backed up his sensational ride from yesterday to once again win on Sunday. Pumpa can be extremely proud of his time of 34:47.177. David Jongebloed on the KTM finished in second with a time of 35:32.031, recording the same result as yesterday. Anthony Greene solidified his solid weekend with a third place finish. Greene‰Ûªs total time was a 35:47.420 after braving the WR450F track.

Masters
The Masters class is designed for the over 45's racers and these competitors showed they certainly haven't lost the shine from their boots. Craig Hage on a KTM machine took the win for the Masters class to swap positions with Derek Grundy from yesterday‰Ûªs race. Hage took 34:47.177 to complete the sprint. In second was DSR Motul Pirelli Sherco Off-Road Team‰Ûªs Grundy. Grundy still leads the championship class despite the second place finish. Grundy's time was a 37:07.102. Michael Widdison was the final podium placer with a time of 37:13.076. 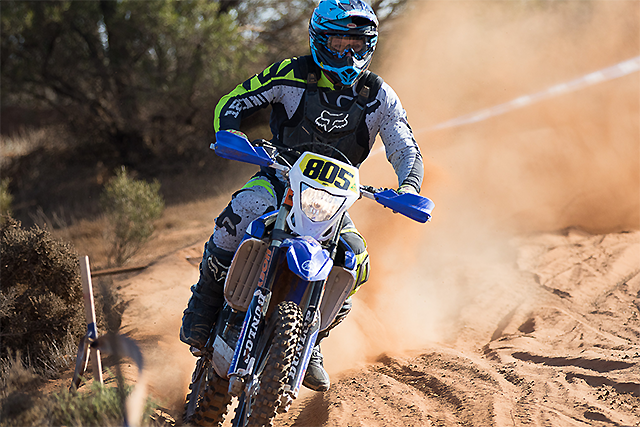