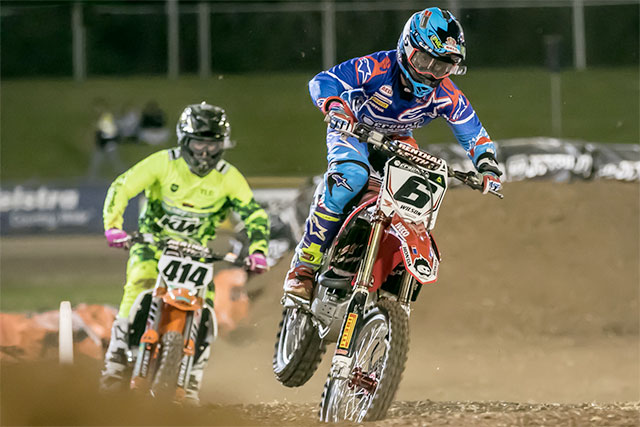 Crankt Protein Honda Racing Team‰Ûªs Jay Wilson will race at Wayville in South Australia for Round 3 of the 2016 Australian Supercross Championship this weekend solo, with American fill in rider Chris Alldredge remaining sidelined due to an injury sustained at Toowoomba two weeks ago.

Despite Alldredge forced to sit out this weekend‰Ûªs event, SX1 Honda rider Wilson has continued to make progress throughout the two weeks since Toowoomba, and will be heading to South Australia with the goal to reward Factory Honda with impressive results.

Wilson, who prior to Round 2 was suffering from an ankle injury, shared that since then he‰Ûªs had consistent bike time and additional time to heal, placing him well for a top result when bikes hit the track again this Saturday night.

‰ÛÏBefore going to Toowoomba, I had a few issues with my ankle, but with some physio it‰Ûªs all started to feel a lot better, and I‰Ûªve had a couple of great weeks on the bike,‰Û