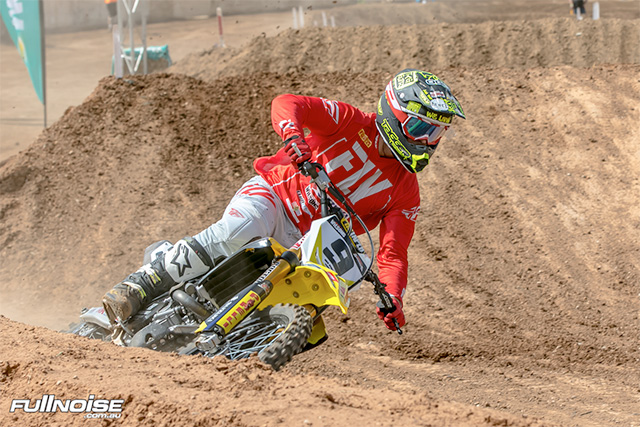 Wilson Coolair Motul Factory Suzuki‰Ûªs Nick Schmidt and Luke Wilson are preparing to begin the journey to Sydney with the fourth and fifth rounds of the Australian Supercross Championship, the AUS-X Open taking place at Qudos Bank Arena this Saturday and Sunday.

The event which will welcome a host of international talent as well as a sold out crowd this weekend, is known globally as one of the biggest Supercross races in the world and both Wilson and Schmidt have been working hard to prepare for the double header.

Nick Schmidt, who qualified in fourth in the talented SX1 category at the previous round two weeks ago, shared that he‰Ûªs excited to go to battle with some of his very own country men.

‰ÛÏI‰Ûªm feeling good ahead of this weekend ‰ÛÒ I‰Ûªve had a couple of days on the bike and my knee is feeling a lot better which is a positive,‰Û