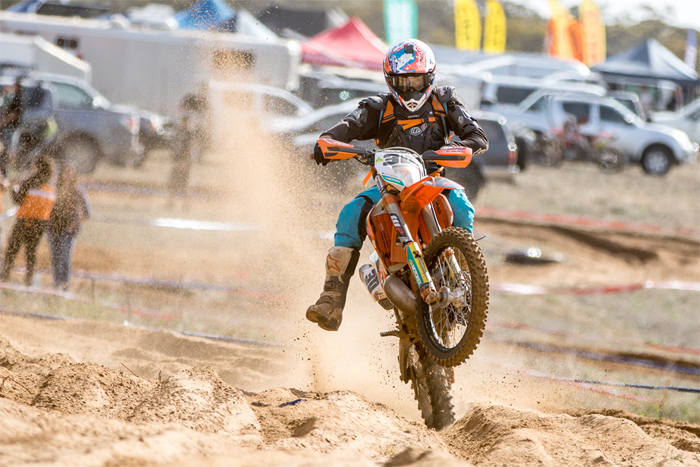 The organisers of the 2015 Wildwood Rock Extreme Enduro have opened the doors for riders to enter for the 6th edition of the Australian Extreme Enduro to be held on 14th and 15th of November in Victoria.

With riders on the edge waiting for the entries to open it has only given event owner Steve Braszell further time to make sure they are in for a tough day on the bike.

Taking on the phrase ‰Û÷Are you ready to push yourself‰Ûª it is clear that why dropping over to the 2015 Erzberg event he is yet again going to raise the bar this year. The Beta Rock Garden that is known to be the last big test for riders each year it now going to see a Pro rider only line added.

The riders will be able to show why they have each gained the title pro at Wildwood to the many spectators that gather in this area each year. But like every year the action starts at 9am when riders go against the clock on the man-made prologue course to work out starting orders for the main event at 11am.

The event like each year is a show casing of Australia‰Ûªs toughest riders from many levels across each class. With returning international names like Graham Jarvis and Ben Hemingway there is a 3rd English rider in Dan Hemingway ready to put his bike and body to the test in 2015.

After seeing Brother Ben attend in 2014, he could not let Ben rain as the strongest Hemingway to hit Wildwood and plans to push hard to prove his point.

As the English riders make their way over it is very clear that we have Australia‰Ûªs best Hard Enduro rider already waiting to show them as much of their back tyres as they can show them on the day.

Returning young upcoming riders in Daniel chucky Sanders of the KTM Off-road team and Broc Grabham of the Sherco Off-road team will defend and better their 2014 results. Having missed last year‰Ûªs event we will also see the return of Mitch Harper and Matthew Phillips who know just what it takes to bang bars at the front of the pack and then stand with the number one plates.

For the other classes that make the event great we have shuffled classes and think it will prove for some battles within each class for 2015. The Trials and women‰Ûªs classes are back, clubman riders are being split up to see an over 35 year old clubman class. This has also seen the introduction of Expert and Expert over 35 for those that have progressed from the clubman or entry level rider classes in the past.

Further details will follow as to changes involved with the Saturday Extreme Hill climb soon.

With a cut off of only 100 riders able to enter for 2015 and with nearly 40 riders locked in from across Austalia already, this years event is expected to fill up fast.

Entries can be done via the event website ‰ÛÒ www.wildwoodrockextreme.com

Top Image: Can Daniel Sanders take it to the worlds best Extreme Enduro Riders when the 2015 Wildwook Rock gets underway in November