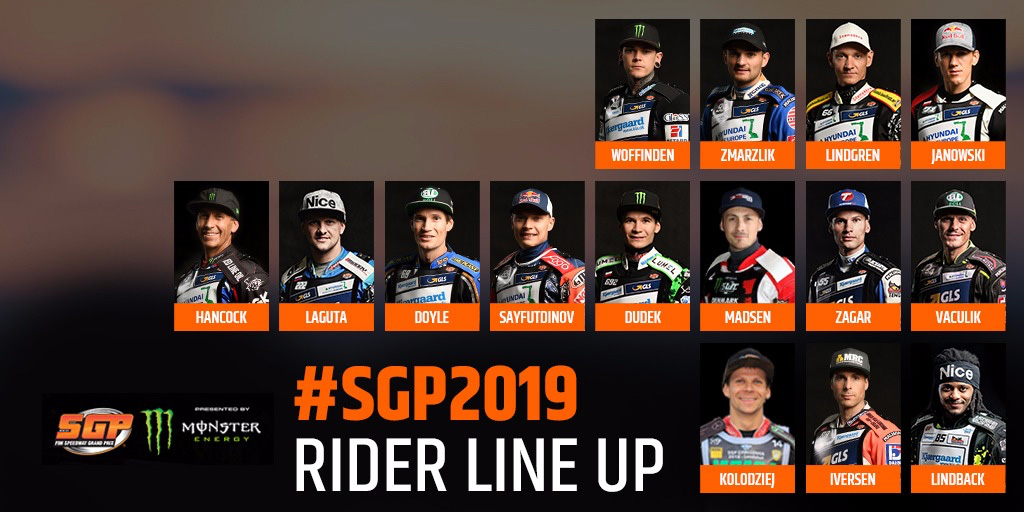 Dudek finished ninth in the final standings after missing this year‰Ûªs final two rounds due to a broken arm, but he was firmly in medal contention after winning the AZTORIN Slovenian SGP just days before crashing out in Sweden on September 11.

Vaculik sat out the opening two as he recovered from a broken ankle suffered in April and totalled seven points in the following three as he battled to regain his fitness. But he ended the year in fine form, with his dramatic pass on local hero Bartosz Zmarzlik to win the MIB Nordic Gorzow SGP on August 25 a huge highlight.

Zagar has also endured injury issues. He was absent for the AZTORIN Slovenian SGP with severe concussion, but finished 10th in the final standings in a season which saw him finish second at the Betard Scandinavian SGP in Malilla.

They are joined by 2018 Speedway European Championship winner Leon Madsen, who makes his full-time SGP debut after a sublime season across Europe.

The lightening-gating Danish international finished second in the PGE Ekstraliga averages as he inspired Czestochowa to the play-off semi-finals. He also impressed for Vetlanda in the Swedish Elitserien, Esbjerg in Denmark and Landshut in Germany.

Next year‰Ûªs substitute riders and the full ranking order will be confirmed in due course.

The full SGP 2019 calendar will be revealed soon. Keep an eye on SpeedwayGP.com and @SpeedwayGP social media for all the big news on next season.