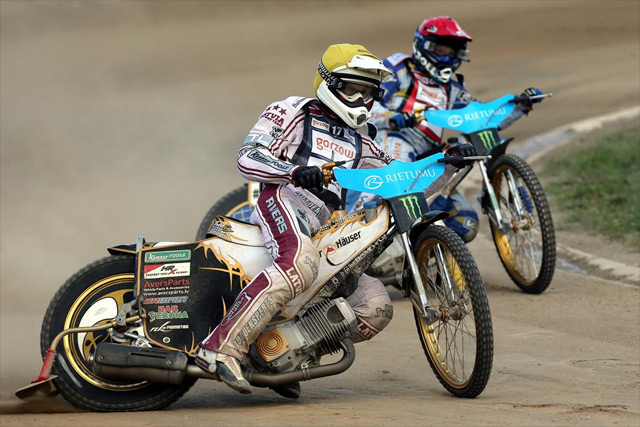 Puodzuks dons the famous No.16 race jacket at the Lokomotiv Stadium in Daugavpils on July 18 after reaching last year‰Ûªs semi-final, despite only being called into the meeting five minutes before the parade.

The 29-year-old, promoted from a track reserve berth, starred on 10 points and was denied a final place only by eventual world champ Greg Hancock and meeting winner Krzysztof Kasprzak in the semis.

Puodzuks is a regular in his country‰Ûªs Monster Energy FIM Speedway World Cup side.

He also stars for Daugavpils in the Polish First Division and will be keen to put his track knowledge to the best possible use.

Last year‰Ûªs Daugavpils wild card Lebedevs rides in the No.17 race jacket, while his fellow Latvian international Kostigovs lines up at No.18.

The referee for the Rietumu Bank Latvian SGP is Marek Wojaczek from Poland.