Taking place in Rudersdorf, the GP of Germany featured a total of 21 special tests in dry and dusty conditions. For this final round of the 2018 FIM Enduro World Championship, the Johansson Yamaha Official Junior Enduro Team had the pleasure of welcoming Wil Ruprecht, with the 20-year-old Aussie making his debut in the series aboard the team's WR250F machine.

Demonstrating impressive speed from the get-go, the young Aussie secured third in the short opening SuperTest on Friday and went on to top three tests during day one on Saturday. Enjoying a clear advantage of more than 20 seconds, Wil claimed a comfortable victory in the under 23 category on day one.

Retaining that same momentum on day two, the young Aussie was holding on to the provisional lead in the class, but was forced to settle for seventh in the class following some mistakes in the closing lap.

"It's been an amazing weekend for me and I want to thank the Johansson team for giving me the opportunity to race the Enduro World Championship," Ruprecht said.

"This is where I want to end up and hopefully secure a few World Championships in the future. Coming to Germany I didn't know where I would end up, so decided to ride within my potential. I've been riding a Yamaha 450F back home so jumping on the team's WR250F was a bit of a change.

"I really enjoyed racing their bike during the weekend here in Germany. I felt really strong on day one and was happy to get the victory. On day two I was leading for the first two laps, but a few unfortunate mistakes forced me to settle for seventh. Overall, it's been an awesome experience to race with the best Junior riders in the world and I hope I can be back next year to race the full series." 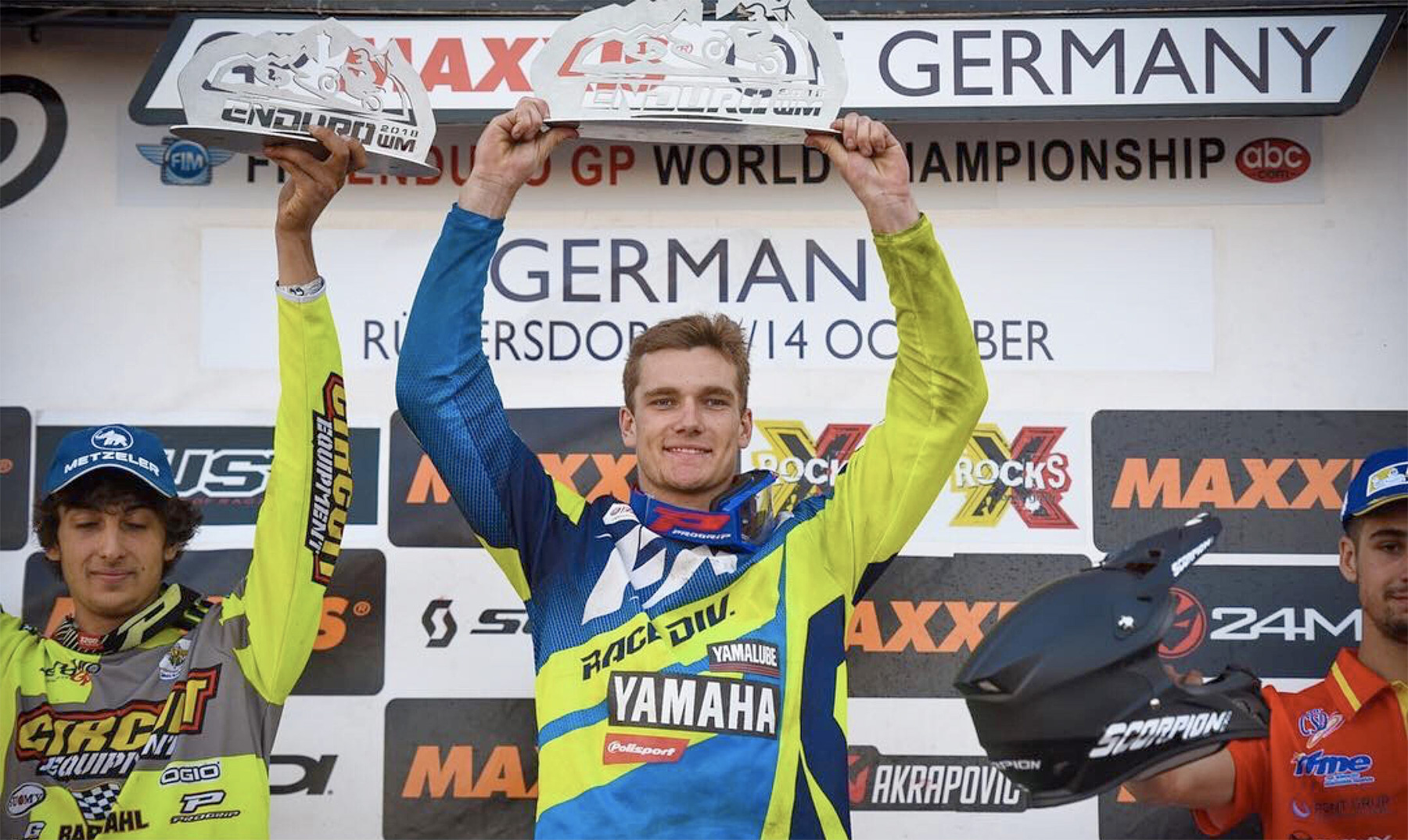 Ruprecht has long been talked up as one of the great young prodigies in the Enduro game and is already a EJ and E1 Champion in the Yamaha Australian Off-Road Championship (AORC).