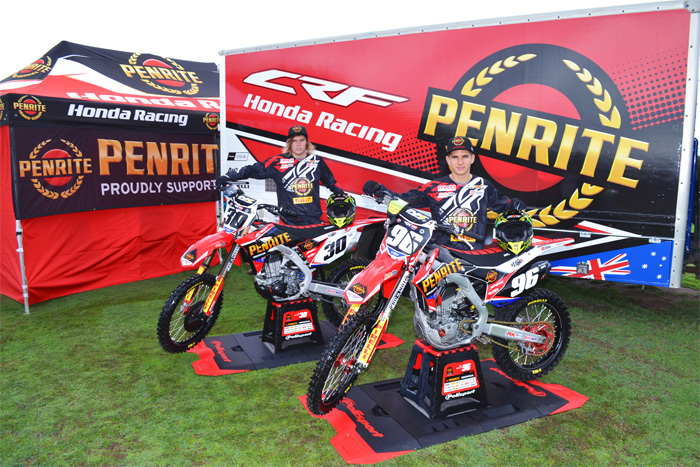 After a long and testing MX Nationals campaign, the Penrite CRF Honda Racing squad has shifted into Supercross mode, with team riders Kyle Webster and Joel Wightman focussing on this month‰Ûªs fast approaching opening round of the 2017 Australian Supercross Championship.

Boasting six rounds in four states over the next three months, this year‰Ûªs Australian Supercross Championship roars into life with round one at Jimboomba X-Stadium in south-east Queensland on Saturday, September 23.

Webster, who finished fifth overall in the MX2 class of this year‰Ûªs MX Nationals championship, will line up in the SX2 category of the Supercross title fight aboard Penrite CRF Honda Racing‰Ûªs potent Honda CRF250R thumper.

Meantime Wightman, who nailed down a solid fourth overall in the SX2 class of last year‰Ûªs Supercross championship, will this year contest the SX1 division aboard the Penrite CRF Honda Racing team‰Ûªs thundering CRF450R.

Both Webster and Wightman come into the prestigious Australian Supercross Championship chase having overcome recent injuries.

Webster suffered a crash in testing a fortnight ago and was injured when his bike landed on him and the gear lever gashed his hip.

‰ÛÏAll going well, I should get the okay to start riding again in the next day or two,‰Û