What the Finke is Happening to Alice 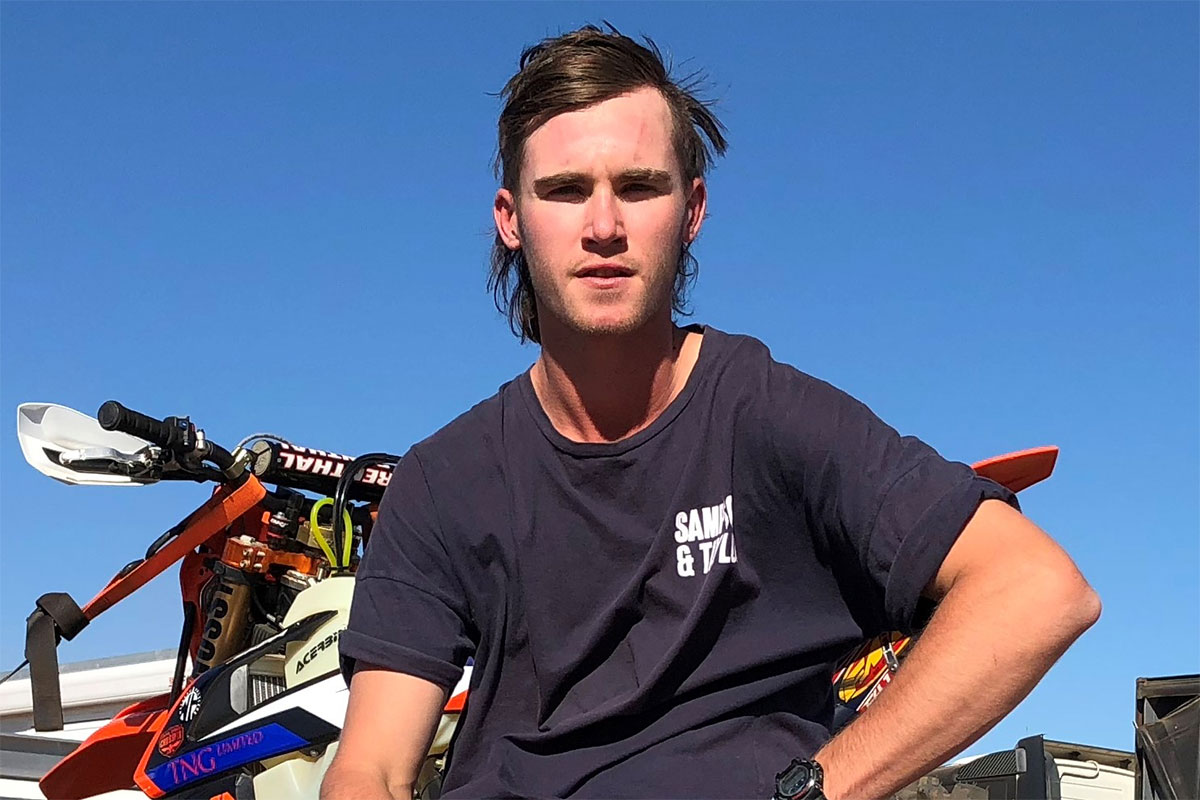 Young gun James McCarthy (#19 KTM 500 EXC-F) is smokin‰Ûª after coming 18th outright in the Finke 2018 Prologue.
I had just wandered back to the hotel from Bojangles Saloon Bar, where I had to get all ‰Û÷pistols at dawn‰Ûª just to get a seat and a feed.

I was tired, it was about 9pm and so started the sound of metal striking metal. It could be worse, I thought? It could be the sound of somebody starting a KTM450 EXC with a Two Brothers‰Û_‰Û_‰Û_..OK, yes, that sound. I rolled out of bed, pulled on my strides and my boots and shuffled outside to find Duane Hitch tinkering with his stead.

Duane and his lovely wife had bundled little 18-month-old Hudson into the ute, hitched up the trailer and driven 1965 km from Mt Gambier to Alice Springs for a ‰Û÷Bucket List‰Ûª moment: to complete the Finke Desert Race. 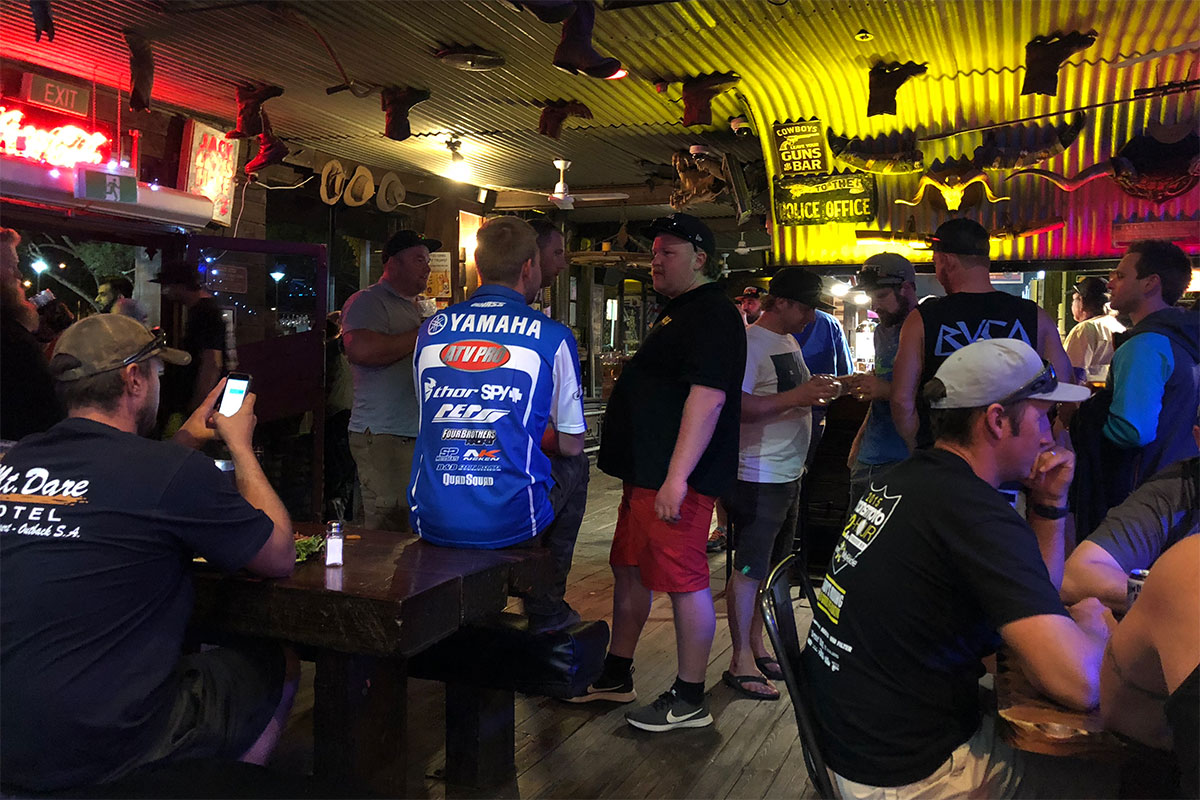 The boots on the roof give away the location, but there are few obvious signs suggesting something big was about to happen in Alice Springs).
Do I give the man grief for destroying my chances of an early night? Of-course I don‰Ûªt, I introduce myself, shake his hand, prop myself against the wall and chat about his journey. He is about 35 and he has been racing at club level his entire life. He has dozens of local enduro competitions under his belt, but Finke is his Holy Grail. He knows it, his wife knows it and the fact that this one week will lighten in bank balance by about $10K proves how much this race means to him.

Duane and 599 other riders will spare no expense to blast the heart out of central Australia for no less than 8 hours over three days, with the wrist twisted well past the throttle stop for the clear majority of the 460km route from Alice to Finke and then back again.

Among those 600 riders are the likes of Toby Price, the KTM rider with a Curriculum Vitae of off-road race wins that is as profound as it is protracted. With the greatest respect to the greatest of riders, this is one event where the race maketh the man, rather than the man maketh the race: I have no doubt that Toby would agree with me on that. 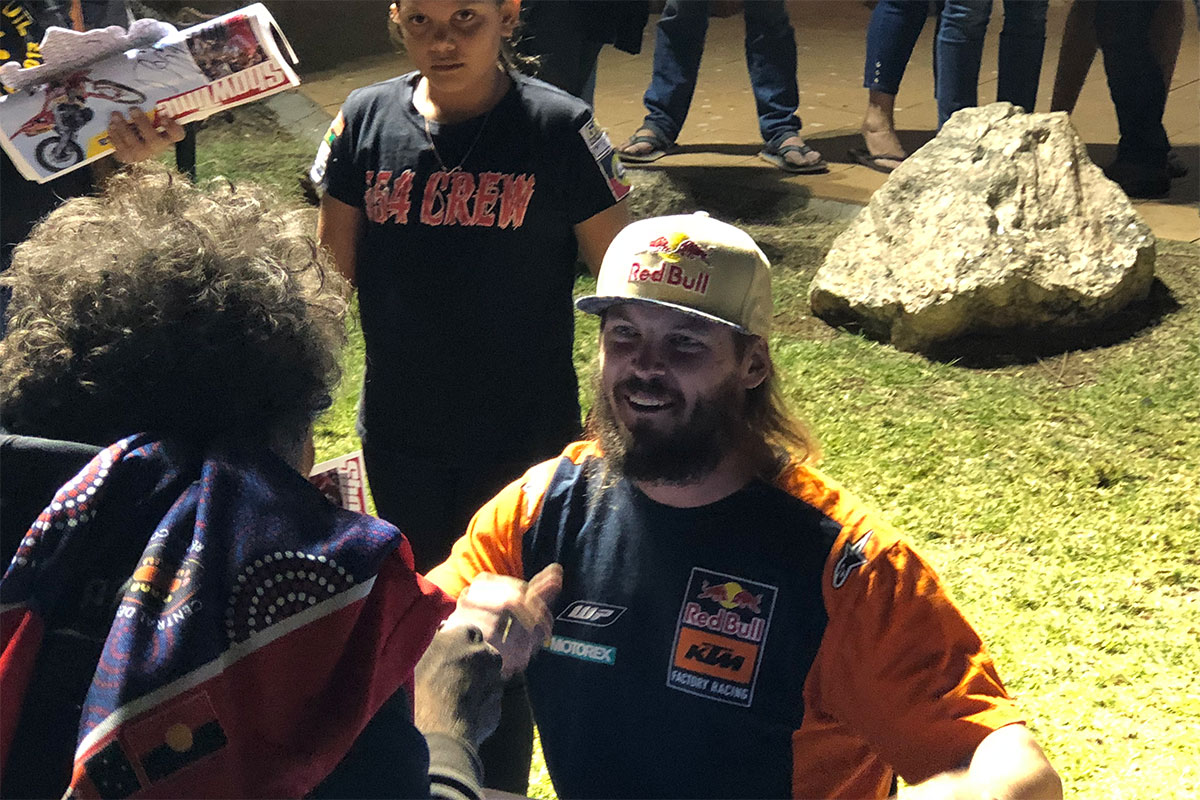 Toby Price is in lock-down getting ready for Finke 2018.
Finke is about hard-core desert racers doing a hard-core desert race and, at 20 years of age, local jet James McCarthy is the exemplar of the true Finke warrior; taking it to the edge and beyond with just a ute, a box full of tools, a bike and a veritable &hi% tonne of talent and tenacity. In 2015, when he was just 16 years old he took Finke by the horns on a KTM 350 SXF. It beat his bike about 120km in, but it did not beat him. In 2016 he rocketed to 21st outright, which is simply astounding. Proving he was far more than just a one-hit-wonder, he came back in 2017 to finish 19th outright on a KTM 450 EXC-F. This year James is back on the bigger and better KTM 500 EXC-F. 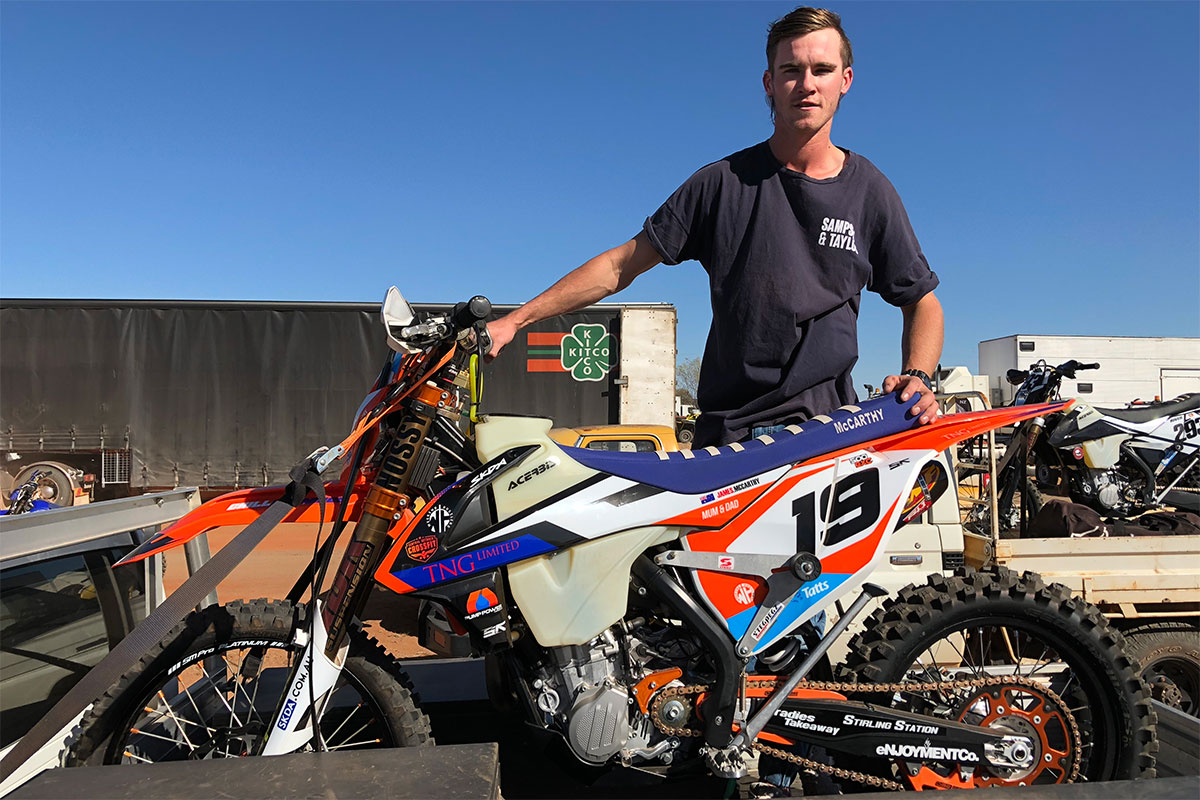 Mark my words, Jimmy Mac (#19) is not just any young bloke with a bike and a ute.
Growing up on the massive 7222 square kilometres that is Stirling Station, in the dead centre of Australia, James was hardly without his own sand pit to play in. Just one of the dozens of tracks that I know of, extending from the Stuart Highway to a little place called Mud Hut Swamp, is 50 km as the crow flies with more washouts, deep sand plains, and blind bends than you can poke an Allen Key at.

There are no coaching clinics out this way. David Walsh and the late Damon Stokes fine-tuned the man over the most recent years, but for the most part, James has risen in the morning, ridden, crashed, healed, woken and ridden again and again. As the signage on his bike attests, Jamie may ride alone but he never rides lonely. Sponsors include Australian Vanadium-Titanium-Iron project developer TNG Limited (tngltd.com.au), Complete Construction (completeconstructionsnt.com), Aileron Roadhouse, CNS Transport and Araluen Plumbing. James is indebted to Andrew Nocera, who has provided massive assistance with bike set-up and mechanical jiggery and pokery and he shouts out loud to Matt Bell, the step father of the late champ Damon Stokes, who he also thanks for ongoing support and mentoring.

Jamie is about to destroy his fourth Finke. At the time of writing he had just completed the Prologue finishing a staggering 18th fastest OUTRIGHT, from 600 riders. He is running in the same class (Class 2) as the great man himself, Mr Toby Price and both are on the same breed of steed: the KTM500 EXC-F, though this writer suspects Toby‰Ûªs might have one or two slightly ‰Û÷go-faster‰Ûª mods attached (just guessing).

James is no longer playing in his own sand pit; he is playing with the big boys now and I am dancing around, clutching my privates and pointing at the updates on www.finkedesertrace.com.au as I most eagerly await updates. Jump on the pillion seat with this lad because he is going places. But you‰Ûªd better hold on because, at Finke, he only knows one speed and that is FLAT OUT! 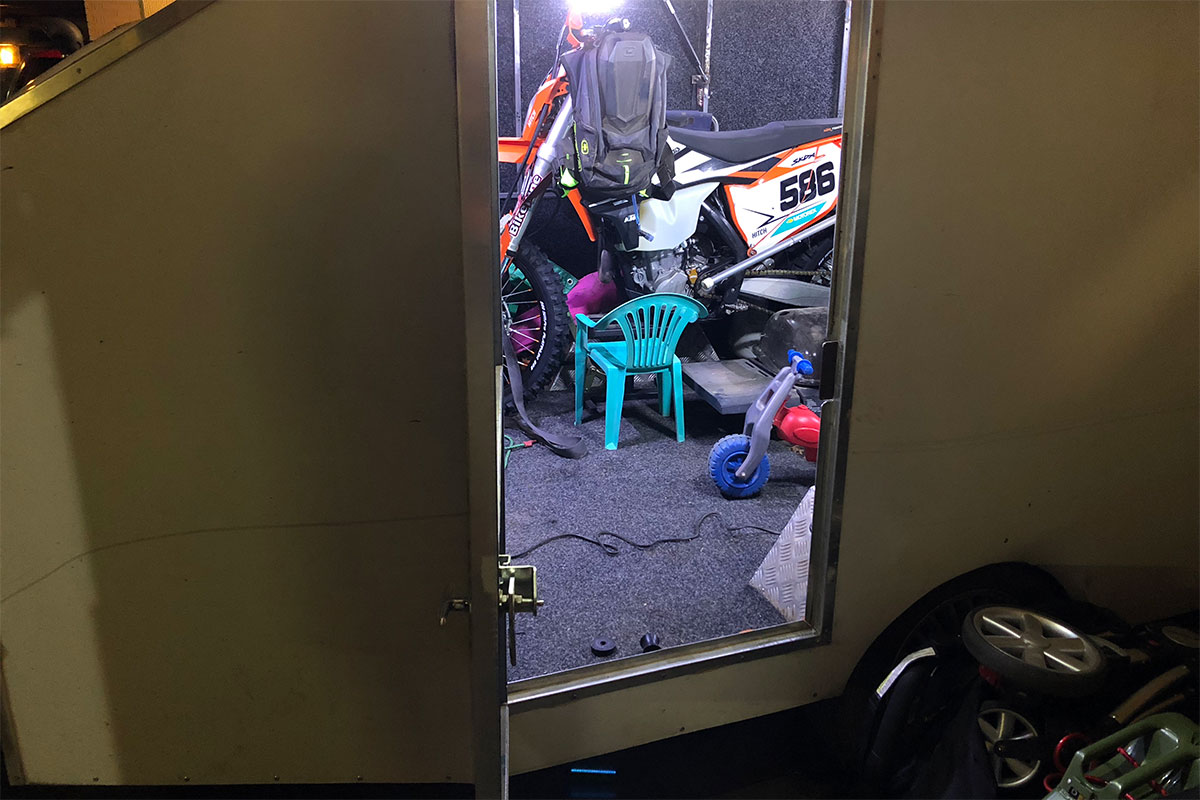