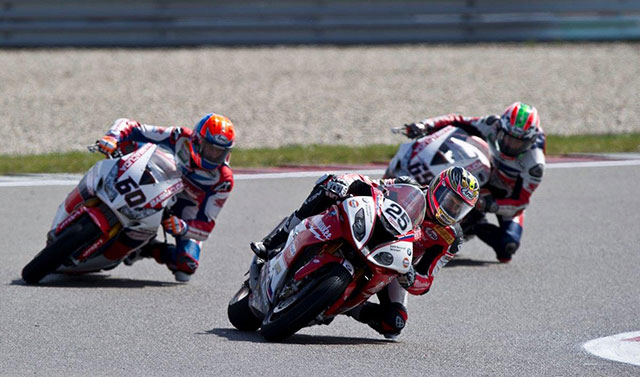 A deluge late on Sunday morning at the TT Circuit Assen saw a wet race declared for the WorldSBK contest and in a frenetic early part of Race 2 it was BMW rider Josh Brookes who forged ahead, with the conditions suiting the current BSB Champion.

After making his way to the front of the field from 14th starting place on the grid the conditions started to change quickly as the track starter to dry out and with no rain on the horizon it was not a matter of changing to slicks but when!

Brookes soldiered on out front while other teams all elected to stop for slicks one by one as the track dried out. Brookes was one of the last ones to make the stop and re-entered the race back down the order.

However, shortly after having made a pit stop, the Milwaukee BMW rider crashed out at turn 9.

It was a stella effort and again proved that when things get wet he is a master of the tricky conditions.

Nonetheless, the Australian was encouraged by his excellent performance in the first part of the race and took the positives from the visit to The Netherlands.