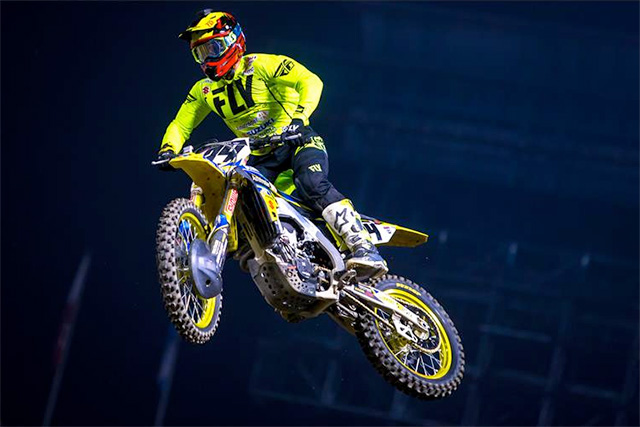 Peick logged a fifth-place finish in his heat race, and rocketed out of the gate on his Suzuki RM-Z450 in the Main Event, crossing the first turn in fourth and was running top-three speed for most of the race. However, a series of minor mistakes resulted in a fifth-place finish, but it was a great start to the new season and provides momentum to build on.

‰ÛÏThe day went pretty well. Obviously, I had the Anaheim 1 jitters, since it was the first race of the year," Peick said.

"There was a lot going on with all of the team changes. I felt pretty comfortable in practice. The qualifying times weren‰Ûªt a true reflection of how I was feeling on the track, because everyone was so close in speed. I‰Ûªm the type of rider who does better in race situations, anyway. I had a decent start in my heat race and ended up fifth. I killed it off the start in the Main Event and came through the first turn in fourth. I passed up to third and was feeling good, but then I made some rookie mistakes and let a couple of guys by me.

‰ÛÏMy Suzuki RM-Z450 worked awesome all day. We made a few small changes on the bike throughout the day and had the bike dialled-in for the Main. With how the track was laid out there were quite a few tight corners, and the rear end of my bike was sitting too low. We stiffened-up the rear so that it would hold up better. That was a game changer. I‰Ûªm looking forward to Houston this weekend and improving on my fifth-place finish," Peick concluded. 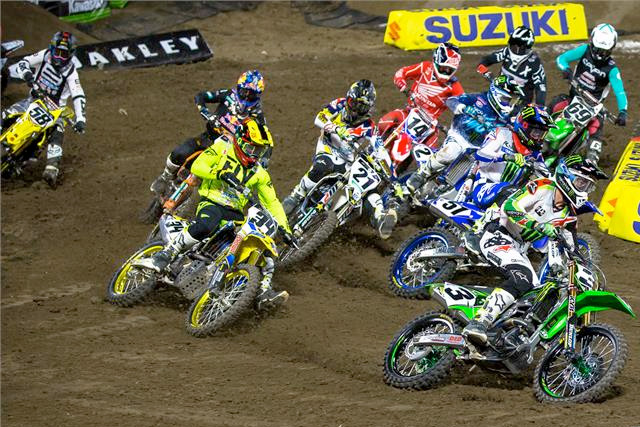 Peick (34) put himself in a good position from the start.