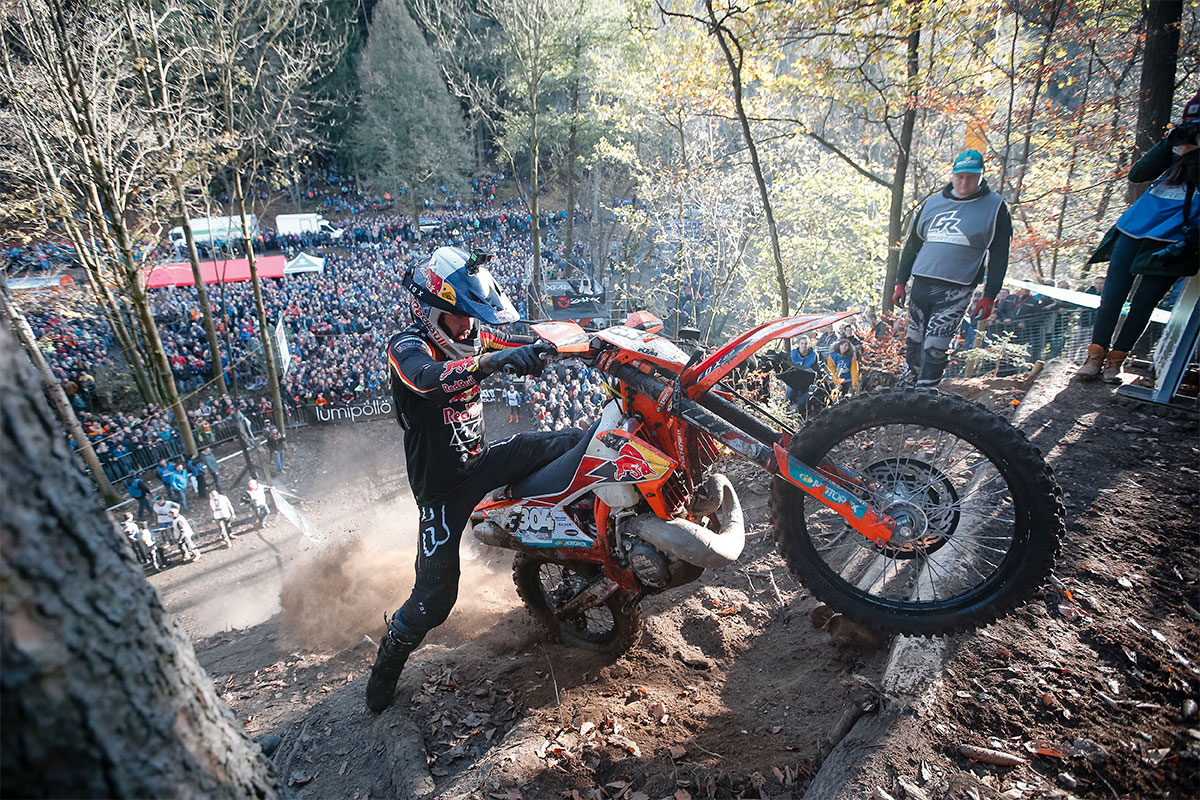 The WESS Championship has joined forces with the FIM (FÌ©dÌ©ration Internationale de Motocyclisme) to officially become the FIM Hard Enduro World Championship, for 2021 and beyond.

Following positive ongoing negotiations with the FIM, WESS Promotion GmbH have confirmed the beginning of this new relationship, with a single common goal of elevating the global presence of Hard Enduro to new heights.

In what is a natural evolution of the series, the focus will now solely be on Hard Enduro ‰ÛÒ the many different enduro event types that sit outside of the ‰Û÷traditional‰Ûª timecard enduro format ‰ÛÒ as the series transitions to become the FIM Hard Enduro World Championship.

With eight rounds proposed for 2021, the series will feature the most iconic Hard Enduro races in Europe while also travelling to the USA for the Red Bull Tennessee Knockout (TKO), to form a true world championship.

Remaining focused on the WESS Championship‰Ûªs founding principles, this new world championship will welcome riders of all abilities with events that remain as simple and enjoyable as possible, for all. Amateur riders will remain an integral part of all events where they will continue to compete shoulder-to-shoulder with the Pros.

The FIM Hard Enduro World Championship will integrate seamlessly into all events, with Pros now set to receive the reward and official recognition they deserve, by way of an officially sanctioned FIM title. Each event will feature one podium and one set of results with only the Pros, going after the world title, needing an FIM licence.

For the fans, there will be even more live Hard Enduro coverage to look forward to in 2021. Up to three events are planned to be broadcasted live, free to view on Red Bull TV, showcasing iconic events Red Bull Erzbergrodeo, Hixpania Hard Enduro and GetzenRodeo. Furthermore, the championship‰Ûªs exclusive media partner Red Bull Media House will continue to deliver unrivalled coverage of all eight rounds.

With plans now firmly in place for an exciting 2021 season, all eyes look towards the opening round of the inaugural FIM Hard Enduro World Championship, which takes place at Extreme XL Lagares in Portugal on May 7-9.