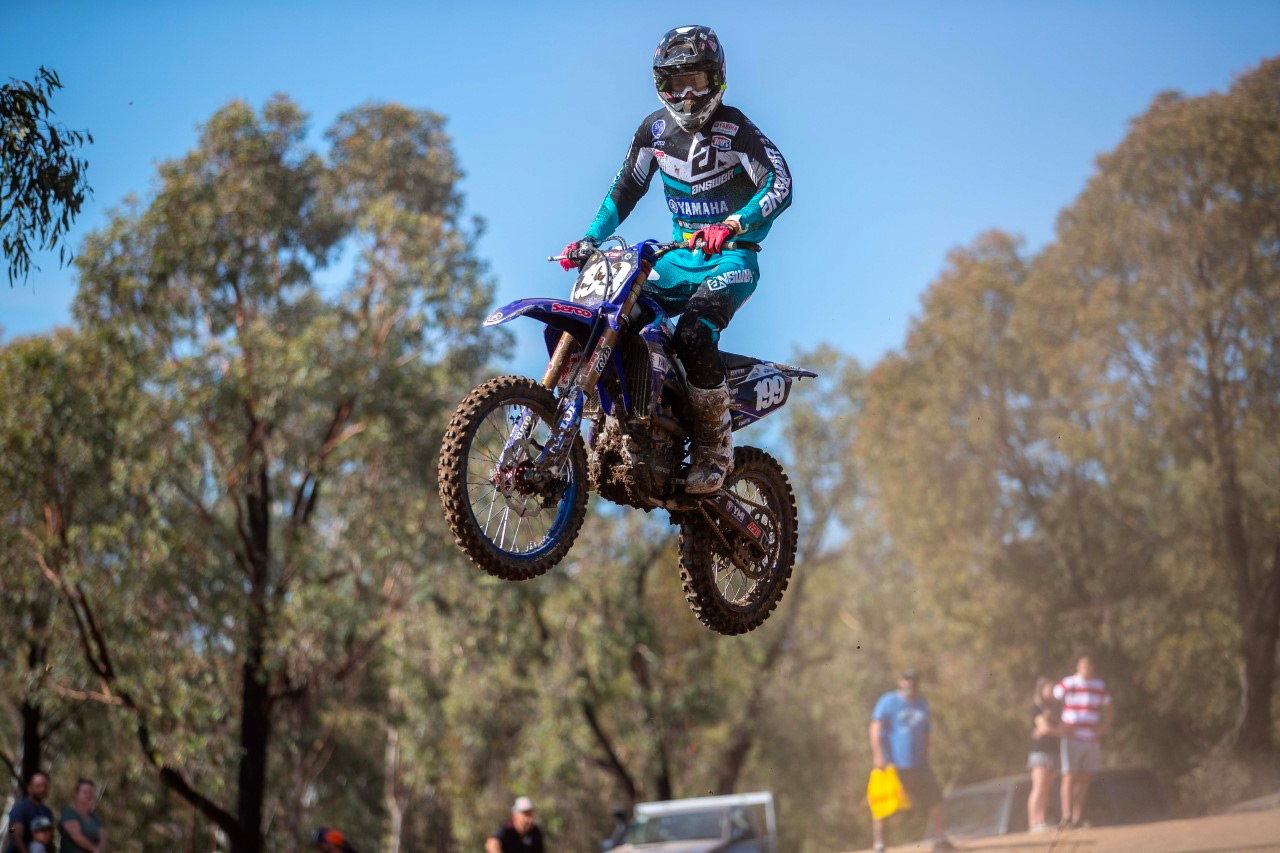 Nathan Crawford posted a 3-7 result, the best of the season so far and has now moved him to fifth place in the championship. Photo: Yamaha
It was a welcome return to form for Nathan Crawford who showed things are on the up swing after some spirited racing at round three of the MX Nationals.

The Serco Yamaha rider returned to some good form finishing fifth for the day with 3-7 results but the pleasing thing for him and the team was the return of his sprint speed.

Crawford finished third in race one, his best result of the season so far, after a late race charge that saw him pass team mate Tanti, then close the gap on the lead pair in the final stages. Nathan acknowledged it had been a long road back but the result in that race gave him the confidence boost he needed.

Unfortunately, race two turned pare- shaped in the first turn when he went down with another rider and was left well down the field. But, he scrambled well and made his way back to seventh place on a track many though was difficult to pass, and his 3-7 results were the best of the season so far and has now moved him to fifth place in the championship.

It feels good to finally be back in the battle again. Its been a long eight months off the bike and I have worked so hard to get, not just my fitness and speed back, but also my health in general.

‰ÛÏMy one was awesome and just after half way I felt things begin to come easier for me, like a little barrier was broken. I was able to ride my turns better, flow on the track better and ride with some speed. While I didn‰Ûªt win it, it was a little victory to me as I come back.

‰ÛÏRace two and I did all I could to salvage the best result I could. First turn crashes are tough as the whole field goes past and it‰Ûªs a long way back but I fought hard and feel like things are on the right track.