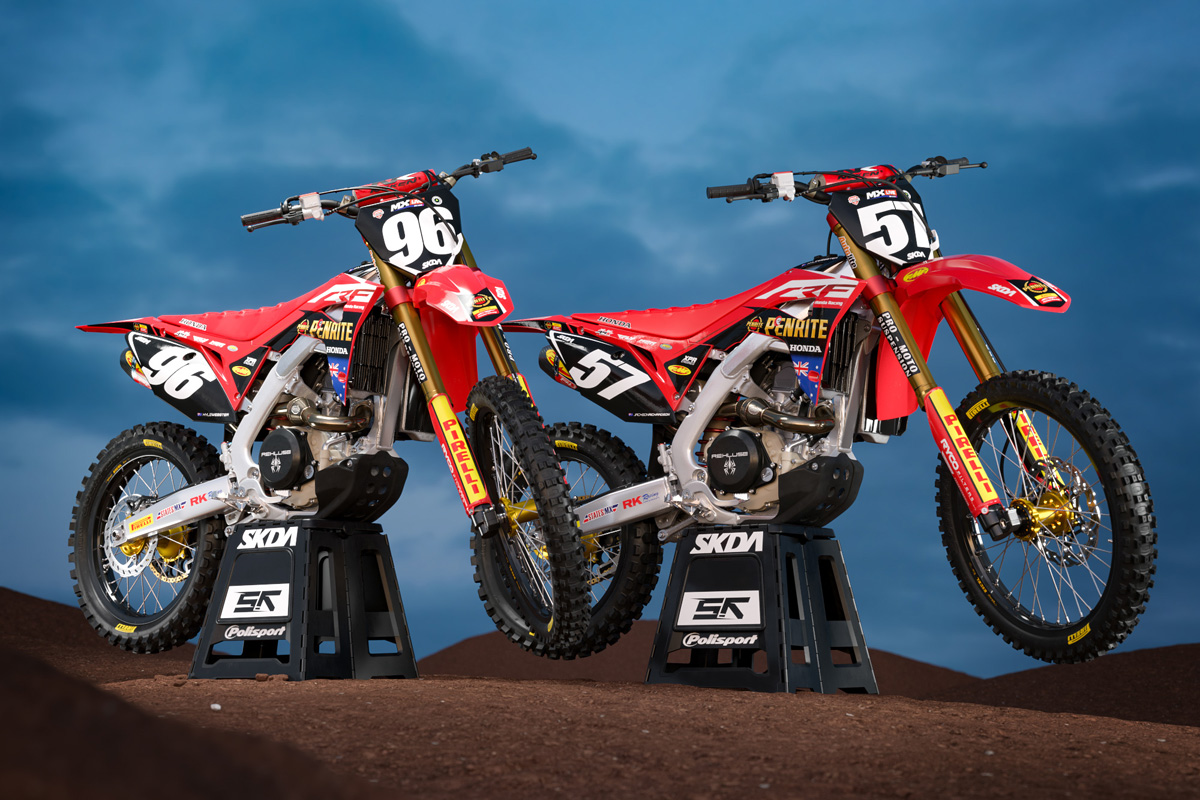 Round 1 of the MX Nationals kicks off this weekend in Newry, Victoria where both riders have high hopes for the season, competing in the MX2 on board the all-new 2018 Honda CRF250R.

Webster, heading into his third year with the team, has undergone an intensive pre-season full of rehab after sustaining a serious season ending injury at the Bacchus March round of the 2017 Supercross Championship.

Many felt he might never race again but Webster has demonstrated his dedication to prove otherwise and the team are extremely impressed the he will line up for Round 1.

"It's been a lot of work getting myself to the stage where I am able to line up again and go racing! I've had an amazing amount of help and support from so many people. My passion to be the best in this sport is stronger than ever and this injury may make me an even more determined and complete racer," Webster enthused.
New team recruit Jackson Richardson is very pleased to be back on a Honda after spending many early years competing on a mighty CRF.

After already tasting success and winning the Coffs Harbour Stadium Cross in January and entering the 2018 season as reigning 250cc Champion, he is certainly a force to be reckoned with.

"I just love being back on the Honda, they suit my riding style and I find I can race harder on them in all conditions. I can't wait to get the season rolling and want to challenge for top results," stated Richardson.

Richardson also spent some time in the USA during the pre-season, working with some of his regular trainers to further prepare for the upcoming season and develop his CRF250R.

"It's been a while since I have enjoyed the taste of winning Championships with Honda, however, I feel we are moving in the right direction," said Luksich.

"I'm humbled that we continue to attract more support from some great sponsors and we want to give them the best value we can." Luksich finished.

The Penrite-Pirelli CRF Honda Racing will contest the MX Nationals and the Australian Supercross Championship in the MX2/SX2 Lites class in 2018.