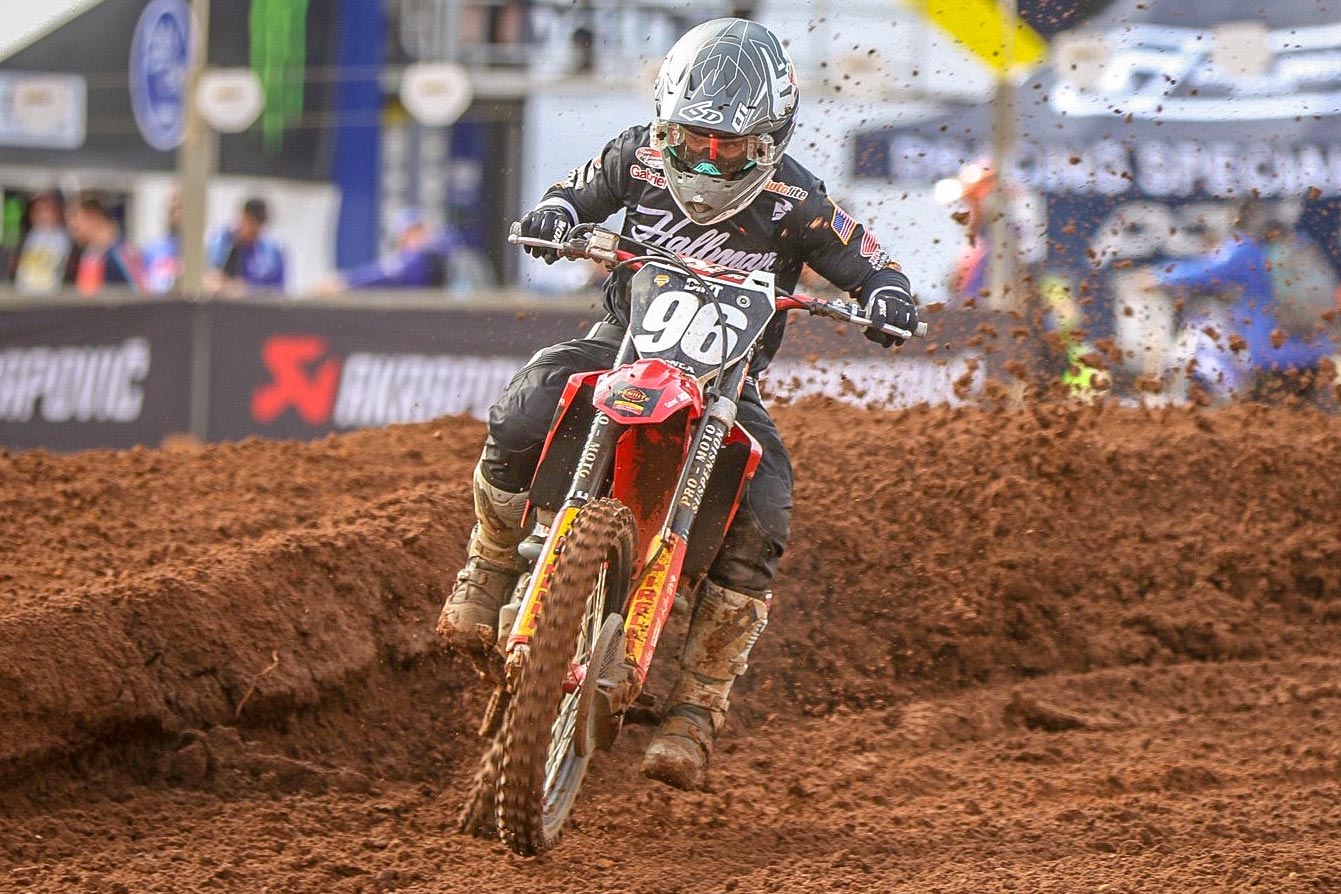 Kyle Webster (File)
After the traditional mid-season break, the Pirelli MX Nationals Australian Motocross championships roared back into life on Sunday (June 23) with round six at the impressive MX Farm facility Gympie in Queensland.

Penrite Pirelli CRF Honda Racing riders Kyle Webster and Rhys Budd and a full complement of the country‰Ûªs top competitors were greeted by a brand new MX Nationals venue that was in prime condition and delivered spectacular racing.

Itching to get back to MX Nationals racing after dominating rounds four and five of the series in South Australia last month, and laying down a strong third place at the annual Manjimup 15,000 MX in WA three weeks ago, Webster took to the Gympie track in a confident mood.

Webster attacked the day‰Ûªs opening MX2 back-to-back motos and landed on the podium each time with strong 3-2 scores for second overall to start his day in fine style.

Webster then finished fourth in the afternoon‰Ûªs final moto to take fifth overall on the day behind Jay Wilson, Wilson Todd, Nathan Crawford and Aaron Tanti, the top five all covered by just a single point in what was an extremely close tussle for the round results.

‰ÛÏHaving had a great mid season break with excellent results at Manjimup (third) and the NSW MX titles (first) I was really keen to get back to the Nats,‰Û