WBR Yamaha Take Up The Fight At MX Nationals 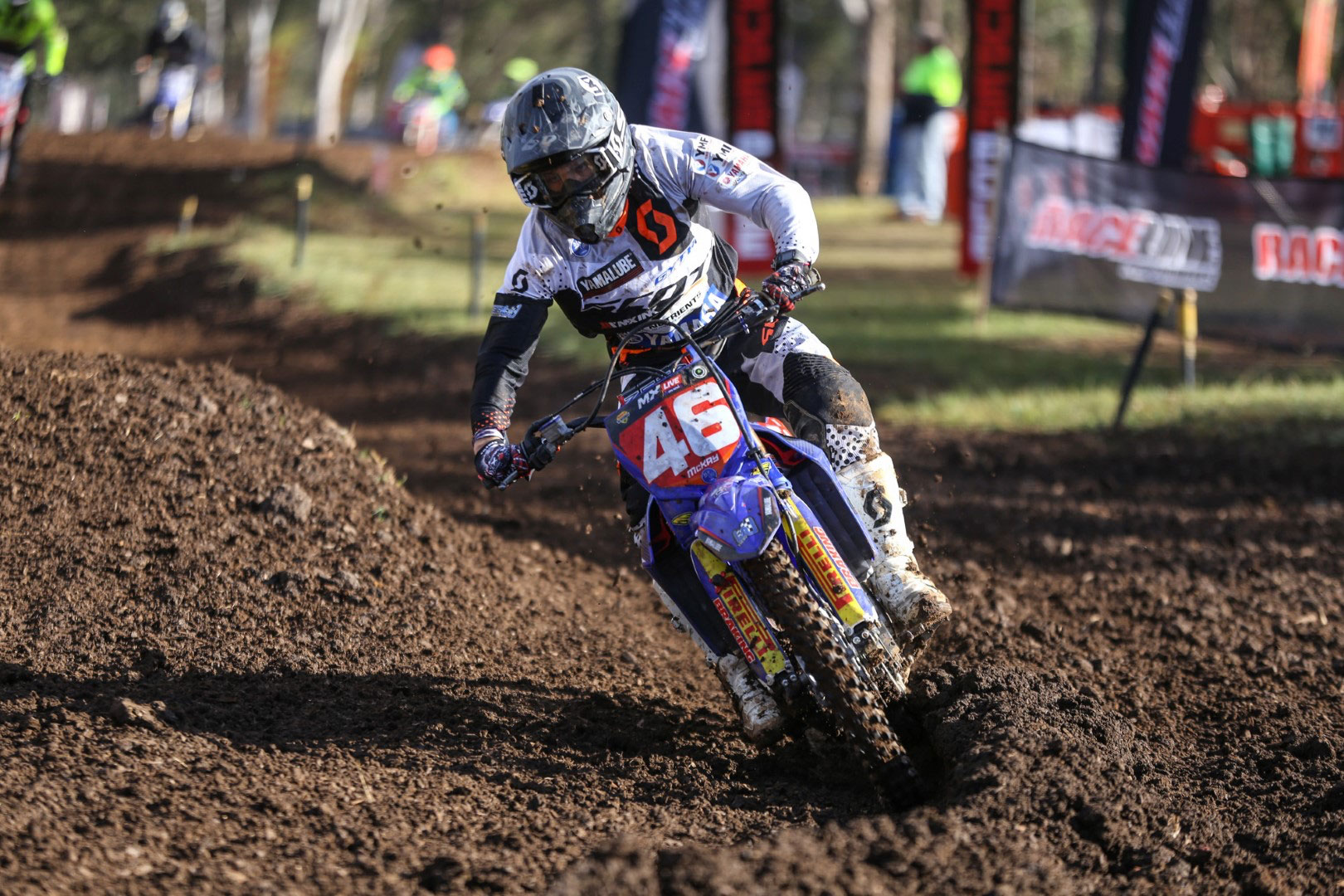 Hugh McKay finished the round third and is now second in the overall MXD standings, 3 points off the lead. Photo: MXN Images
The WBR Bulk Nutrients Yamaha team battled hard for their results at a challenging round two of the Pirelli MX Nationals, held at Appin Raceway, on the weekend.

Contesting the MXD (under19) division, the WBR Yamaha pilots of Hugh McKay and Bailey Malkiewicz finished the day in third and sixth respectively and continue to be right in the thick of the action in the championship chase.

The team started the day brilliantly with Malkiewicz and McKay clocking the fastest times in qualifying and getting the first choice of the starting gates in moto one.

It was McKay who got the best jump from the gate and came around in second place at the completion of lap one. He then quickly made a move into the lead on lap two and got down to business. He fought of some spirited challenges by his rivals to take the race win by just over three seconds and get his day off to the perfect start.

Unfortunately, he didn‰Ûªt get as good a start in race two but was still inside the top 10 on the opening lap. It took McKay a few laps to settle into his race pace and he let a couple of positions slip before regathering himself and moving forward again. He charged his way back to fifth place and his 1-5 results gave him equal second, third on a countback, for the day in a good effort from the hard-working Tasmanian.

‰ÛÏFirst race was good and just what we need to start the day but race two could be improved and I need to ensure I stay as consistent as possible in a championship this long,‰Û 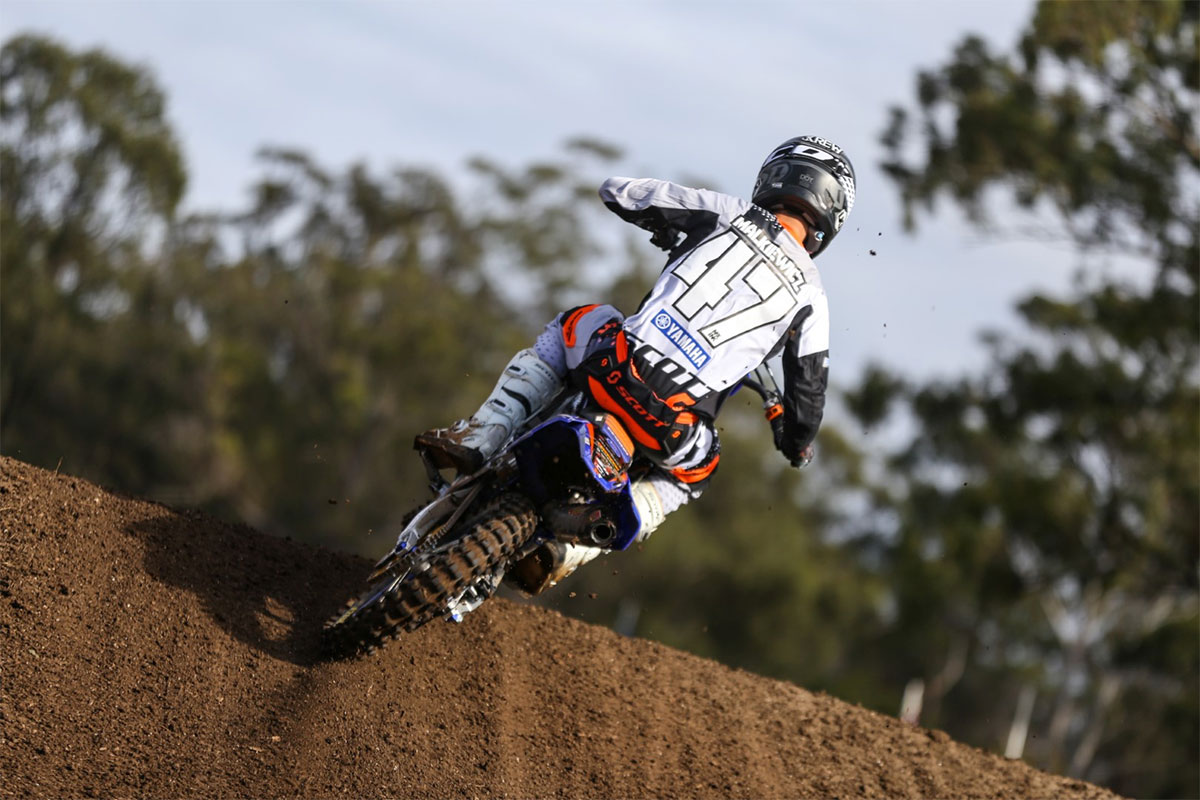 Bailey Malkiewicz qualified fastest in MXD and ended the day in 6th overall.
Bailey Malkiewicz is showing great speed and has qualified well at both rounds so far but is just searching for some better starts to cash in on his obvious track speed. Poor starts hampered his performance again on the weekend and he was left to pick up the pieces and scramble through the pack as quickly as possible.

He claimed a sixth in the first moto and then a fourth in race two to finish sixth for the day in a credible performance. He now holds down fifth in the championship but vows to improve as the championship progresses.

‰ÛÏStarts let me down today! With a 270 degree first turn here at Appin, it is so important to get out of the first corner in good position and I just didn‰Ûªt do that so I made it hard for myself.

‰ÛÏI will work hard on my starts in the coming weeks and get them dialled for Wonthaggi as a good weekend there will allow me to make up plenty of points and be real in the battle for the championship,‰Û