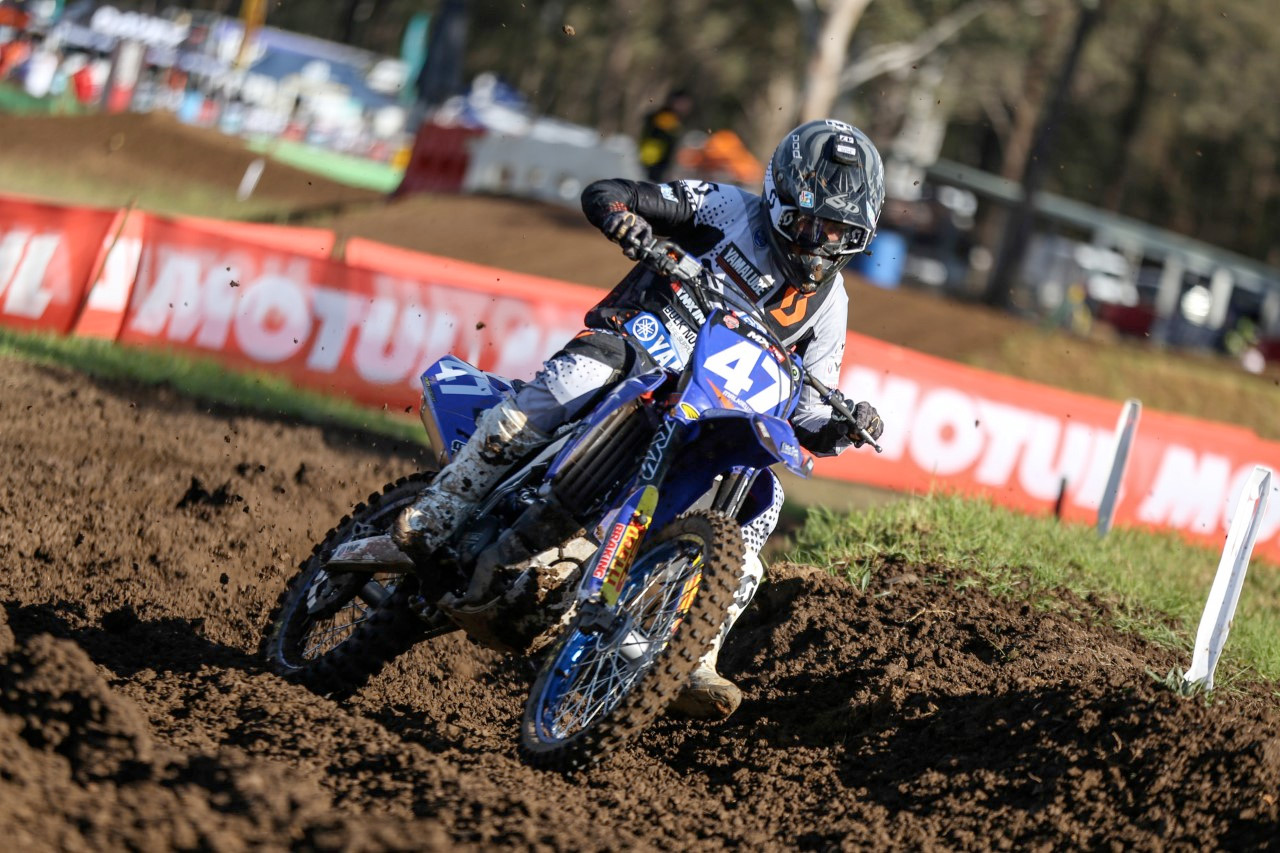 WBR Yamaha‰Ûªs Bailey Malkiewicz has surged to the top of the MXD leader board after a blistering performance at rounds three and four of the MX Nationals, held at the Wonthaggi circuit over the weekend.

Malkiewicz entered the double header weekend in fifth place and looking to improve his position on the championship table as the series heads towards the half way mark, but a sensational weekend that saw him win two motos and a huge pile of points and leap frog the field to now take control of the MXD division with a 20 point lead.

Feeling right at home on the soft, deep and wet sand of Wonthaggi, Malkiewicz claimed his first moto win of the season in race one of Saturday after a moto long duel with fellow Yamaha mounted Max Purvis. Moto two saw the two Yamaha young guns go at it again, this time it was Purvis who came out on top, with the 2-1 of Purvis, besting the 1-2 of Malkiewicz for the overall round victory.

Day two and it was a carbon copy with Malkiewicz and Purvis again trading results and in the exact same fashion. Purvis claimed the round win on a count back after he and Malkiewicz again scored 76 points apiece.