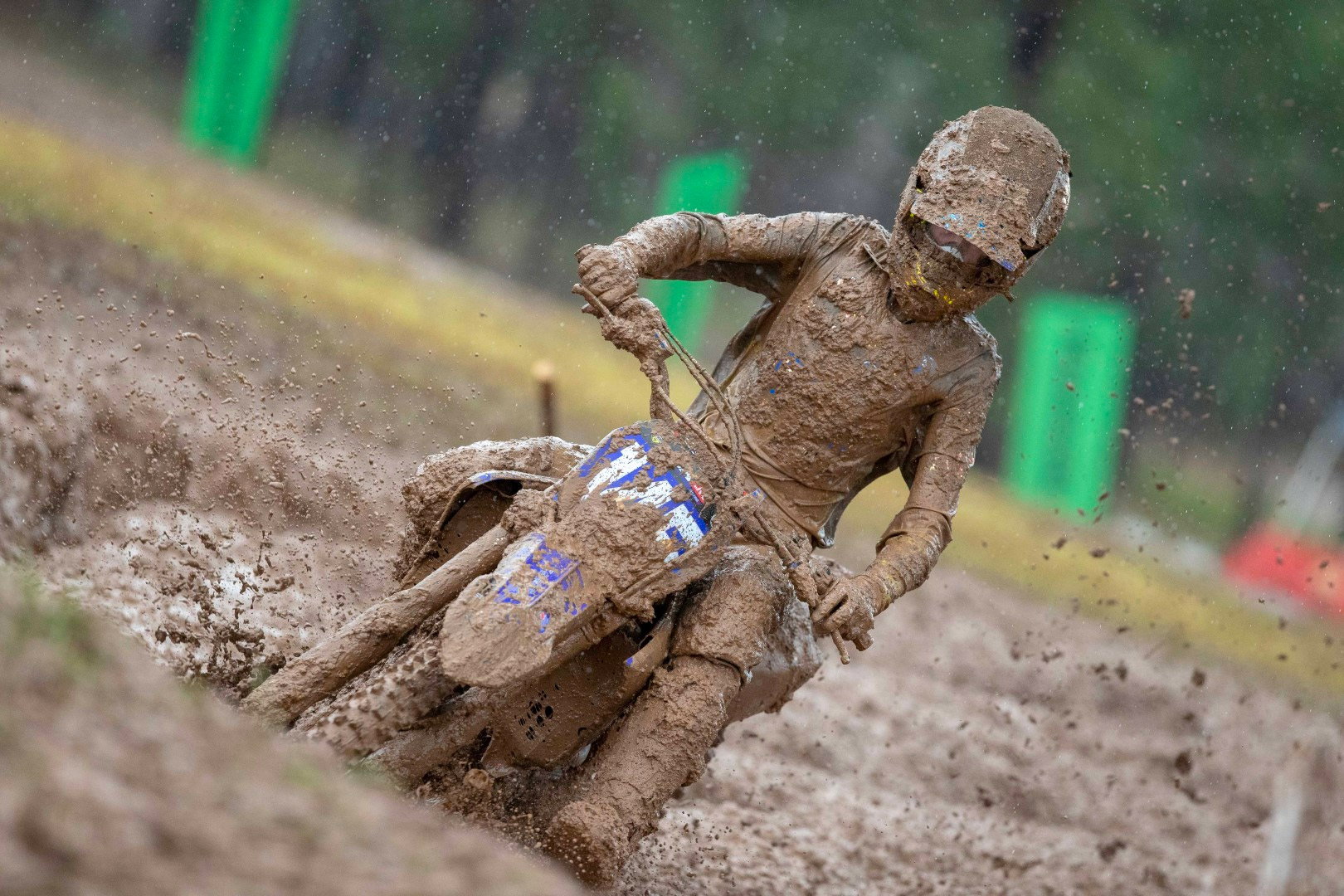 Max Purvis on his WBR Yamaha team machine taking the MXD (Under19 ) round win and starting his year in perfect style. Photo: Yamaha
WBR Yamaha‰Ûªs Max Purvis thrashed his way through the mud, rain and some of the worst conditions experienced at the Pirelli MX Nationals, to take the opening round MXD class victory on his Yamaha YZ250K in a wild days racing.

The clay based Appin circuit, west of Sydney, took a deluge of rain overnight and throughout the day and lead to a change of format that saw only one round of racing completed in each championship class as the water logged track took its toll on riders, teams and machinery.

It was New Zealand based Max Purvis on his WBR Yamaha team machine taking the MXD (Under19 ) round win and starting his year in perfect style. It didn‰Ûªt come easy for the laid back Kiwi who qualified in 11th place as he came to grips with the difficult conditions. But once the gates fell, Max made the most of his opportunities.

He instantly positioned himself inside the top five and made some passes on the opening lap to sit in third place as the field came through on lap 1. With the races shorted to five laps but the lap times around the three minute mark, he needed to keep moving forward and not make any mistakes if a race win was on offer. He moved into second a lap later then on the final lap, the race leader went down, and Purvis was able to capitalise on his mistake and take the race and round victory.

What a crazy race, I don‰Ûªt think I have raced in conditions like that before and I‰Ûªm not even sure if I was racing, I was just trying not to crash.

‰ÛÏThe track was so deep and there wasn‰Ûªt a single spot where you could relax. My goal was to keep it on two wheels as I know that if I crashed, then I would get mud on my gloves and grips as well as loose vision, so it was important to keep circulating," Purvis continued.

‰ÛÏBut if it was tough for us on the track, it was even harder for the guys on the team and the WBR Yamaha team did a great job of getting the bikes prepared and keeping them going so it was a good round for all of us,‰Û