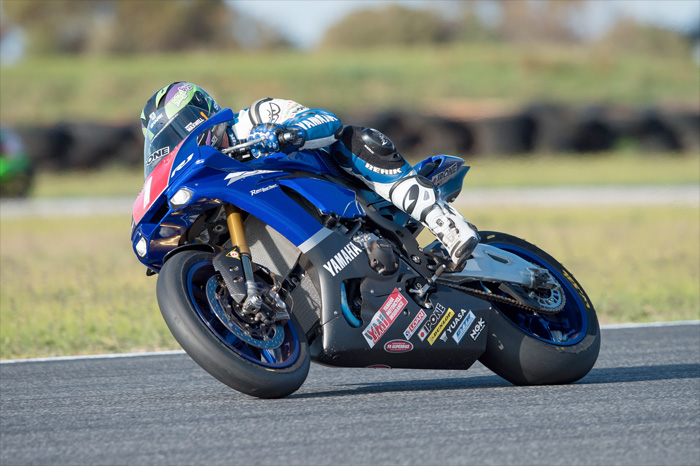 YRT‰Ûªs Wayne Maxwell stood on top of the podium after winning round two of the Australasian Superbike Championship, held at the Mallala circuit, in South Australia.

In a weekend of close and intense racing, it was Maxwell that came out on top, giving the all new Yamaha R1 its first major round win on Australian soil and boosting the confidence of the entire YRT outfit.

Maxwell claimed the round win on the day but not without spirited competition from his rivals all weekend. His race results of 1-4-2 were a combination of impressive race speed and common sense race craft and were enough to give him the round win by four points over Jamie Stauffer.

Race one saw Maxwell in a fierce battle at the front of the field with Troy Herfoss which wasn‰Ûªt settled until the closing stages when Herfoss ran wide in a turn and allowed Maxwell to ride comfortably to victory.

Race two and Maxwell played it smart, settled into a comfortable fourth place before rebounding strongly in the final leg to challenge for the lead in the early going before going on to finish second and take the round win.

‰ÛÏIt was a good weekend and I‰Ûªm stoked with the results we achieved. I felt pretty good right from the start of the weekend and had a good day on Saturday so I was confident that we could make a good go of it on Sunday,‰Û 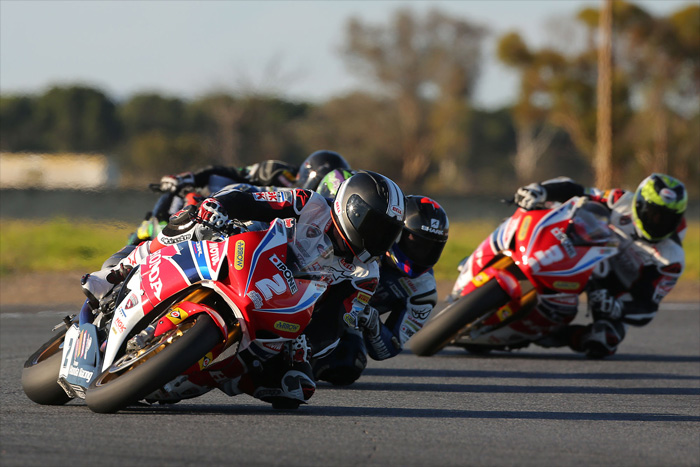 ‰ÛÏI‰Ûªm really happy with my weekend given the amount of time I‰Ûªve been off the bike." Stauffer commented. "I have been working really hard during my recovery to make sure I could come back as close to 100% as possible and I really think I couldn‰Ûªt have done any more this weekend.

"To do 6 races over the weekend, on a circuit that is extremely physical and come away 2nd overall on both days is a good outcome. Obviously, I would rather be winning every race, but realistically I am happy with where I stand.‰Û 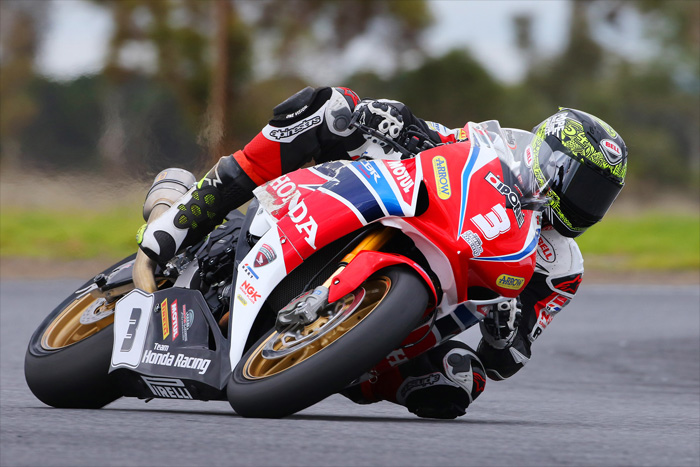 Troy Herfoss retains the points lead with his third place round result Credit: Damir Ivka
The third place result for Herfoss was enough for him to maintain a small points advantage at the top of the championship standings over Yamaha's Wayne Maxwell.

‰ÛÏOverall I had a good weekend and to hold on to the championship lead heading into Round 3 is great although there is still a lot of work to be done." Herfoss said. "The racing this weekend was tight and this circuit definitely doesn‰Ûªt leave any room for error.

"I‰Ûªm really happy with where we are headed with the bike and want to thank Shaun and Glenn for the hard work they are putting in to keep us on top. I am really looking forward to Round 3 at Sydney Motorsport Park being my home track and we‰Ûªll see if we can extend our lead in the championship.‰Û 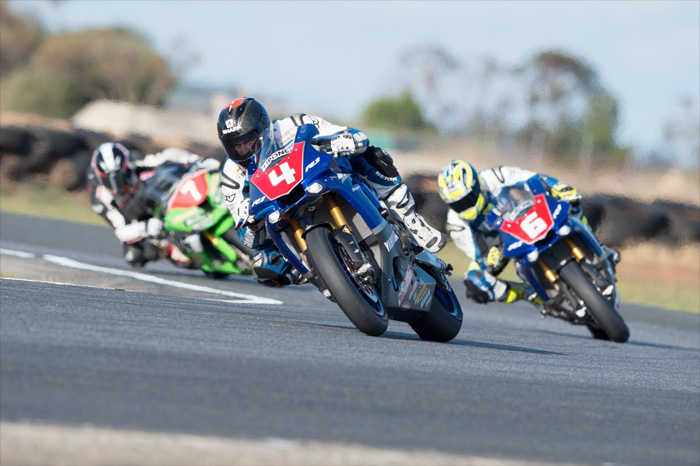 Allerton kicked off the day in good fashion taking second behind Maxwell, making it a Yamaha 1-2, but an eighth in race two damaged those podium aspirations. To his credit, he redeemed himself immediately with a third place in race three and his 2-8-3 results left him in fourth place and just shy of a round podium.

Allerton holds down third in the championship after two rounds.

‰ÛÏI‰Ûªm happy with race one and race three, it was only race two that let me down." Allerton commented. "We were on a bit of a different tyre strategy to the other teams and I wasn‰Ûªt able to generate the speed and comfort required with our used tyres but once we put the newer ones on for the final race, we were instantly back up to speed. 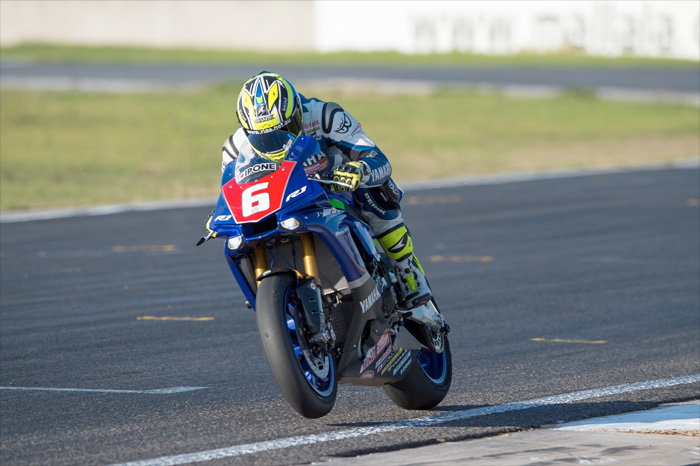 Cru Halliday was not pumped on his 7th place result - Credit: Steve Thibou / Motopix
YRT Yamaha's Cru Halliday did not have the weekend he was looking for finishing the round in 7th place.

‰ÛÏIt wasn‰Ûªt one of my better weekends, that‰Ûªs for sure." Halliday admitted. "I just couldn‰Ûªt get it going all weekend and struggled with arm pump all weekend.

"I have never had issues with my arms as bad as this before, so I‰Ûªm not really sure what caused it. I think I will quickly put this one behind me and make sure I get back amongst it at the next round,‰Û