Watson, Lettenbichler and Walker round out Hawkstone Park Cross-Country Podium 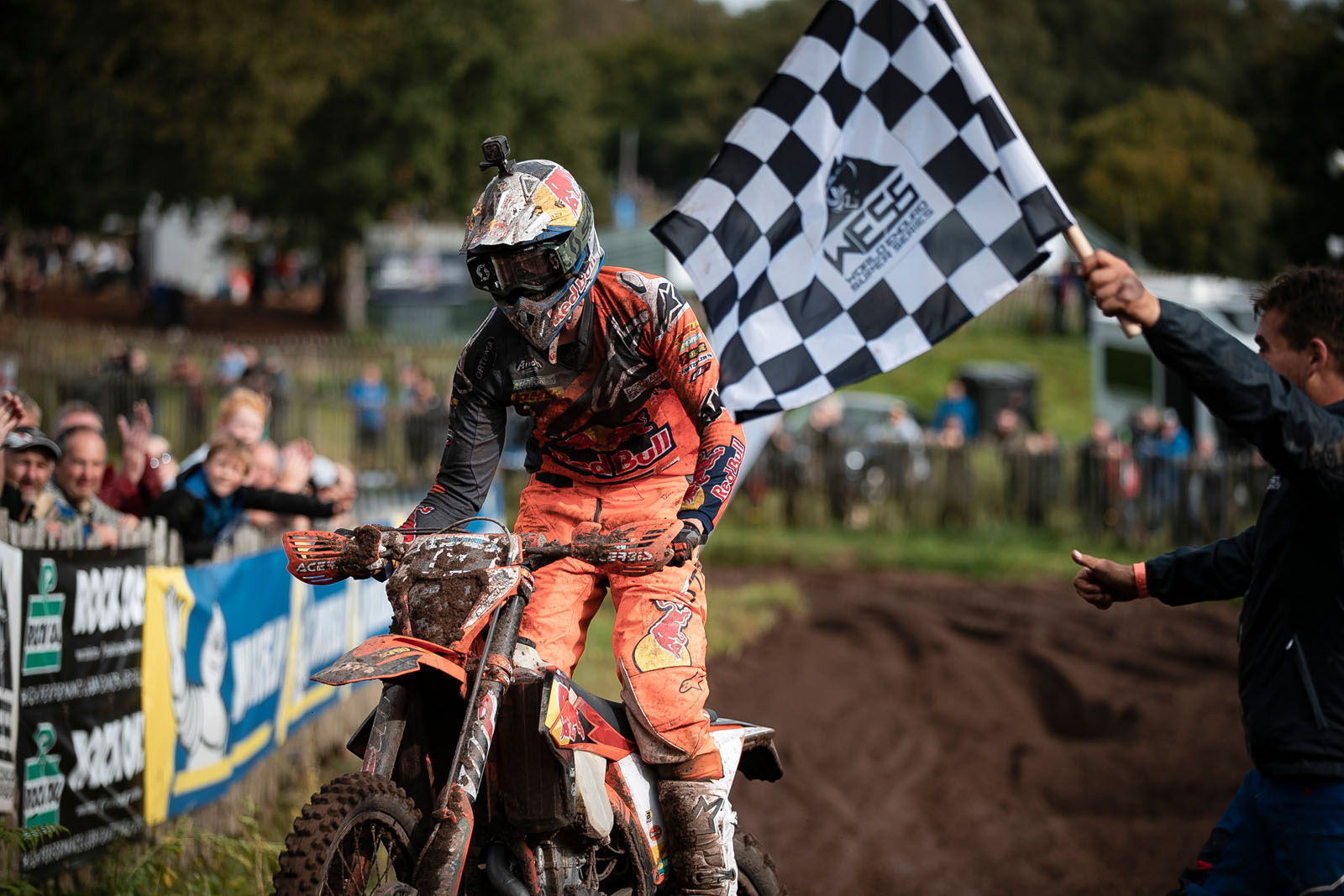 Watson showed his class on the physically demanding Shropshire course to take victory over Germany‰Ûªs Manuel Lettenbichler and Jonny Walker.

Placing as runner-up in Great Britain, Lettenbichler extends his lead in this year‰Ûªs title race.

With Saturday‰Ûªs Sprint Enduro qualifiers done and dusted it was time to get down to business for the Original Fast Eddy Cross-Country race. Saturday‰Ûªs glorious weather gave way to scattered showers, but it did little to dampen the race action.

As riders blasted off the Hawkstone Park start line, it was Gas Gas‰Ûª Alex Snow who took the initial holeshot with Walker and the ensuring pack of riders close behind. There was immediate drama when both Watson and 2018 winner Josep Garcia were slow to start. Watson fared better than his teammate and was quickly mid pack, while Garcia had work to do after leaving the start in last position. 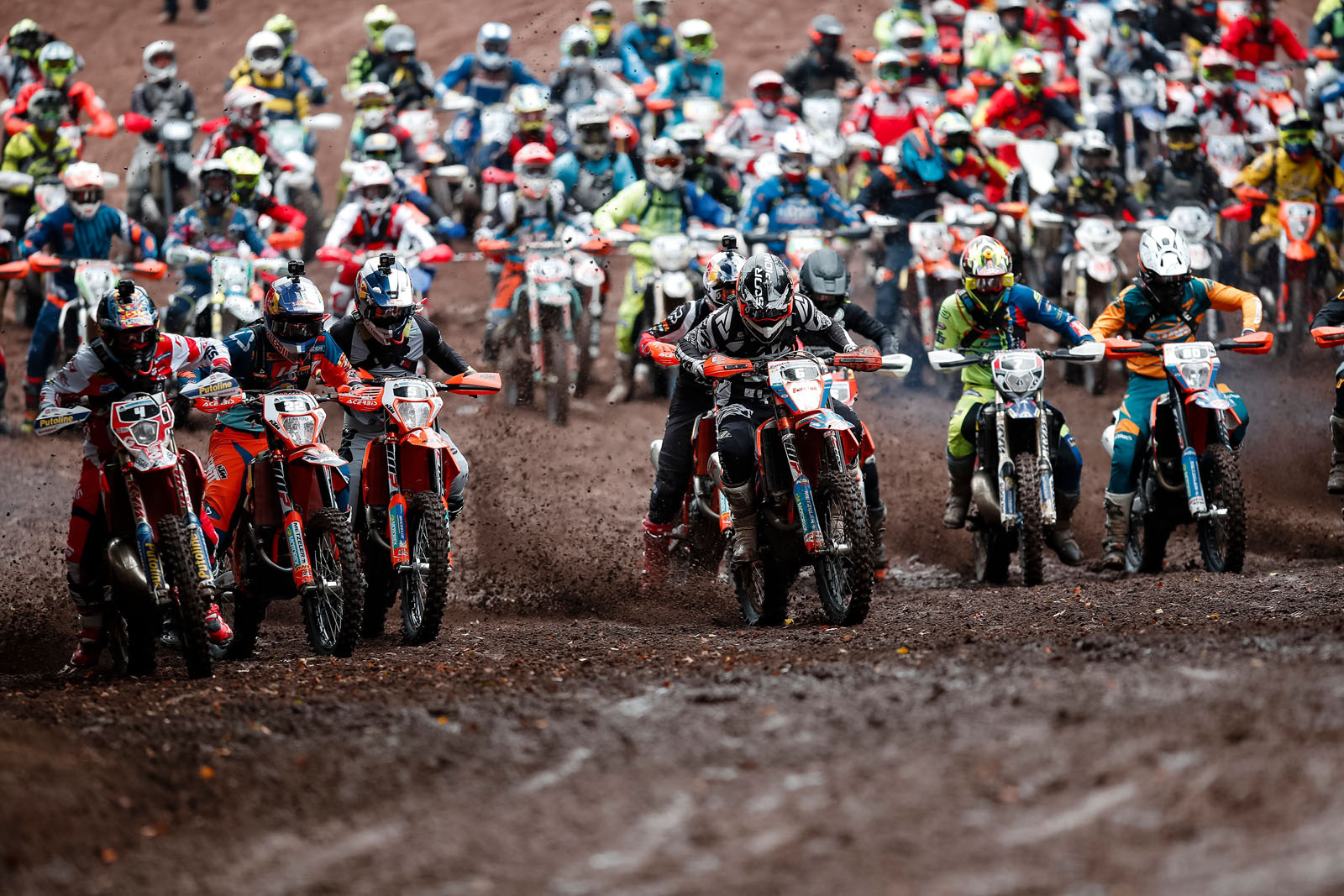 Riders blast away from the start of the gruelling two-and-a-half-hour race. Photo: Future7Media
By the end of lap one, Walker was in the lead but Watson was up to second with Lettenbichler, Taddy Blazusiak and Snow chasing. Garcia was battling through the field and closing in on the top-10. A lap later and Watson was out front. 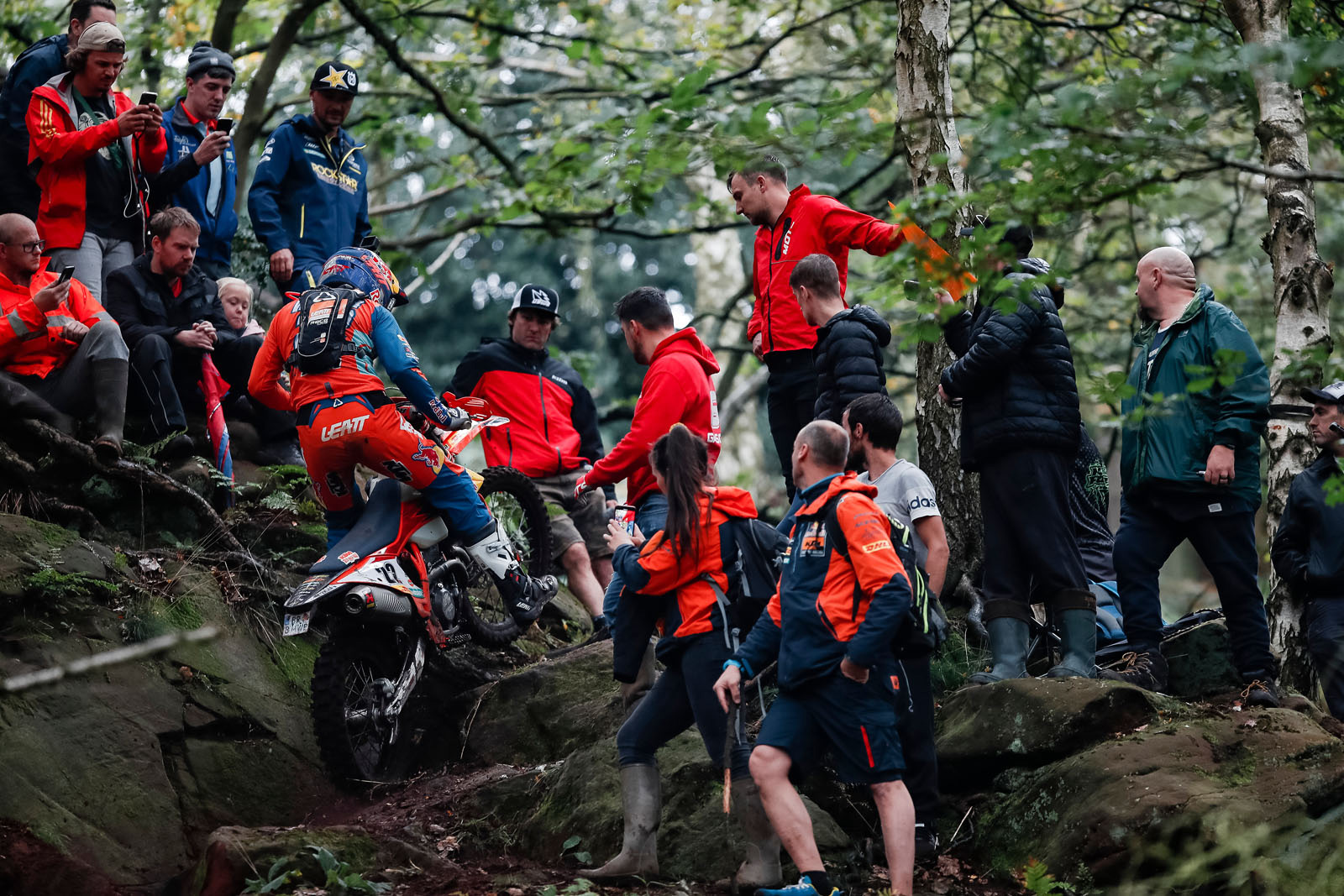 Jonny Walker puts his best foot forward for a first WESS podium finish of 2019. Photo: Future7Media
‰ÛÏI‰Ûªm super-happy to win today," Walker said. "I felt a lot of pressure coming into this weekend because it seems everyone expected me to win. Obviously, I got second here last year so I was extra-motivated this weekend. Winning the Sprint Enduro gave me some confidence for today, but then I got a bad start and was near last. I made some aggressive passes early on to fight my way back up to the front. Once I got into the lead I felt so comfortable and was able to control the pace. I‰Ûªm feeling pretty confident now going into BR2 Enduro Solsona. I‰Ûªm liking the hard pack more and more now too, as well as the sand. The plan is to get some more points back and see where we are in the championship.‰Û 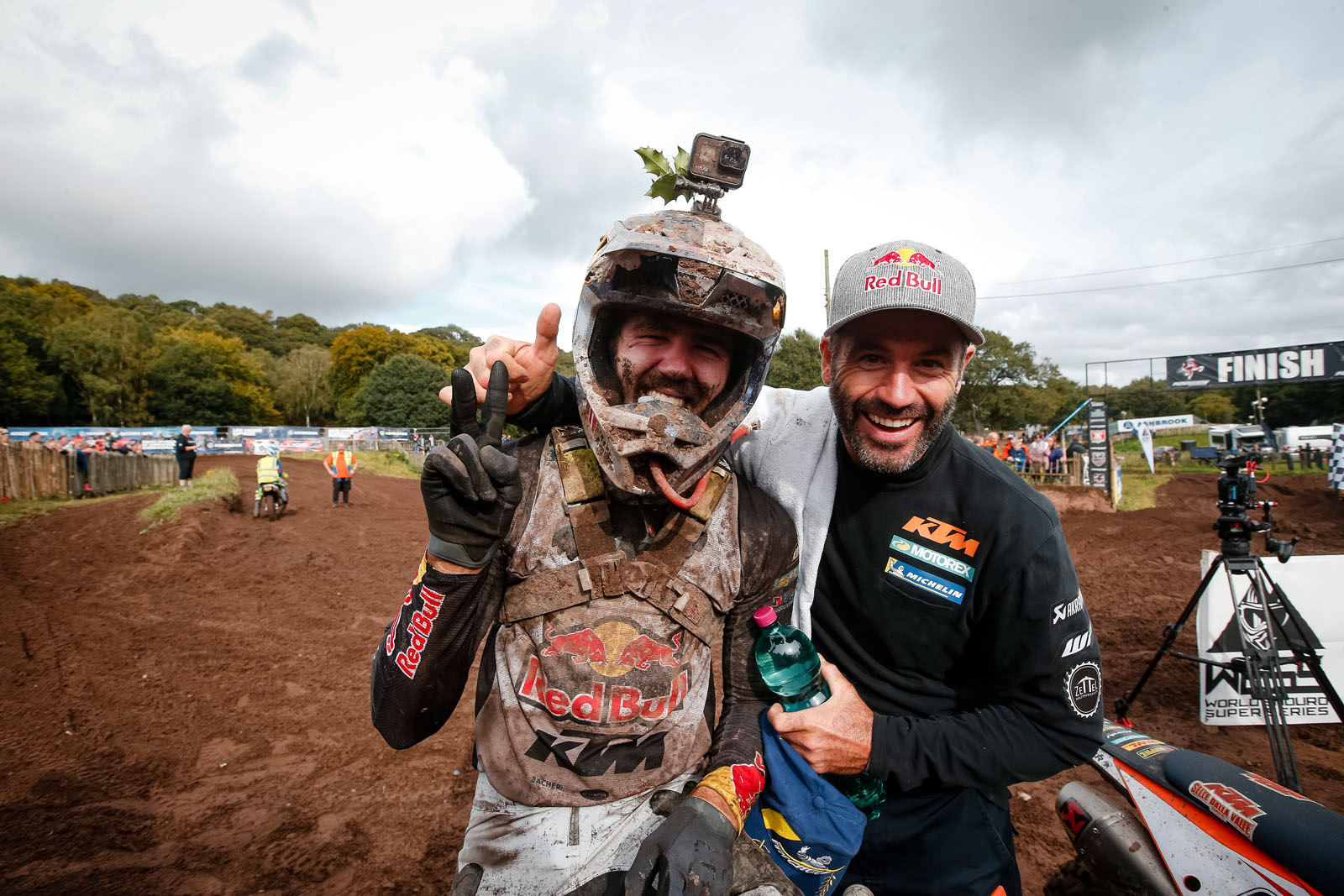 "I thought if I could do a little better than last year and get inside the top-five it would be amazing because there are so many fast guys out there. I got a really good start and managed to find a good rhythm, so the whole race went really well ‰ÛÒ I surprised myself a little. Although my result here gives me quite a confidence boost going into the next round, it‰Ûªs going to be really different racing in Spain. I‰Ûªll give it my best as always and if we can get a good result it will be a boost heading to Getzenrodeo.‰Û 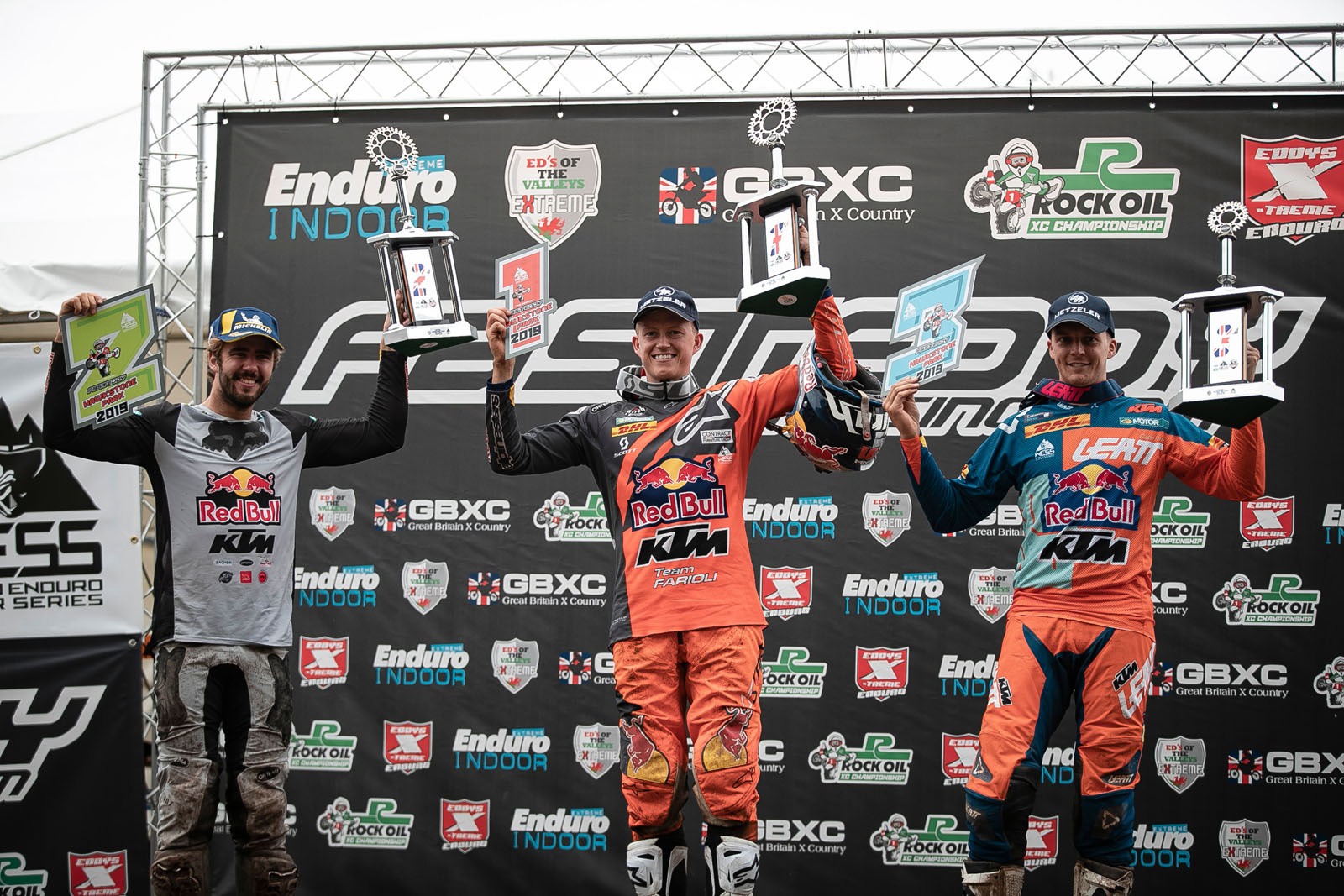