Securing his first EnduroGP class win of 2017, Nathan Watson (KTM) was the big winner on day two of the Maxxis FIM EnduroGP of Greece where the British rider finished 23 seconds ahead of championship leader Steve Holcombe (Beta) at the end of a second hot and demanding day of racing in Grevena.

Runner-up to Holcombe on day one, Watson topped five of the second day‰Ûªs nine special tests to earn a well-deserved first win of the season. In the Enduro 2 class Jamie McCanney (Yamaha) topped the result as he did on day two of the GP of Hungary, having come out on top of a two-rider battle for the win with Enduro 2 championship leader Josep Garcia (KTM). In the Enduro Junior class Sweden‰Ûªs Mikael Persson (Yamaha) claimed the win.

Just as on day one in Grevena, day two of the EnduroGP of Greece saw riders battle against scorching temperatures. But for Nathan Watson (KTM) the day couldn‰Ûªt have gone any better. Fighting for the win on day one, on day two he delivered his best performance of the year to claim victory and his first podium topping result of the year. 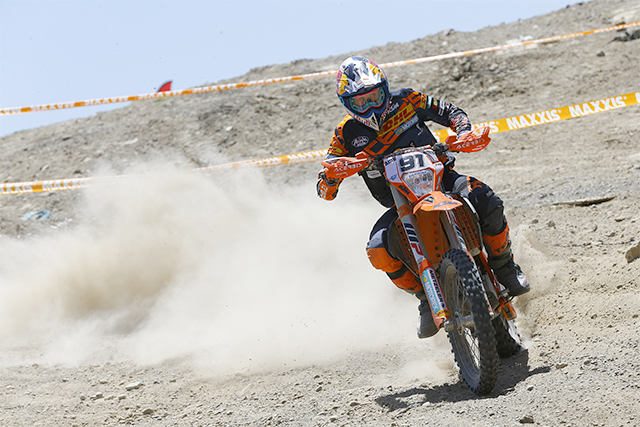 Nathan Watson took the win on Day 2 in EnduroGP. Credit: Future 7 Media
‰ÛÏWinning on day two here in Greece is a great way to end the back-to-back GPs we‰Ûªve had in Hungary and Greece,‰Û 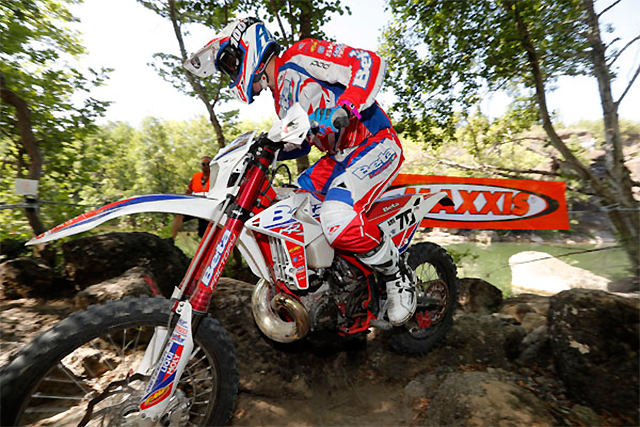 Beta's Steve Holcombe extended his championship lead in EnduroGP with second place.
Just like at the EnduroGP of Hungary where he claimed the win on day two after finishing as runner-up on day one, Jamie McCanney (Yamaha) again bounced back from a second-place result to win in Greece on day two. Locked in a close battle with Josep Garcia, less than two seconds separated the two riders entering the final special test with Jamie securing an eventual win of nine seconds.

‰ÛÏI had a few small issues on day one and made a few small mistakes, which knocked my confidence a little on the extreme test but I‰Ûªm more than happy with how things have ended up on day two,‰Û 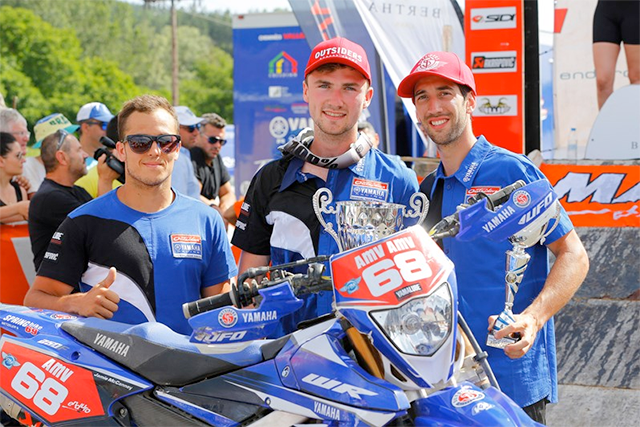 Yamaha's Jamie McCanney took the win in Enduro2 on day 2 after finishing second the previous day.
Second to McCanney having won on day one, Josep Garcia (KTM) continues to lead the Enduro 2 championship, once again showing impressive speed but crashing on more than one occasion. Davide Guarneri (Honda) showed that his day one result was certainly no fluke by again finishing third, and just 14 seconds behind Garcia. Putting in winning rides on both the motocross and enduro tests, had he been faster on the extreme test the Italian might have been able to challenge for the class win. Eero Remes (TM) finished fourth, 36 seconds behind winner McCanney. Dropping one position from his day one result, Pascal Rauchenecker (Husqvarna) placed fifth. Jonathan Barragan (Gas Gas) missed out on a top five result by less than three seconds as the Spaniard delivered the best two-stroke Enduro 2 class result. Danny McCanney (Husqvarna), Daniel Sanders (KTM) and Manuel Monni (Yamaha) rounded out the top 10.

In the Enduro Junior class Swede Mikael Persson (Yamaha) earned his first ever class victory after coming out on top of a two-rider battle with day one winner Brad Freeman (Beta).

‰ÛÏI‰Ûªm so, so happy to get the class win on day two. I‰Ûªve been fighting for this result even since the second round of the series in Spain,‰Û 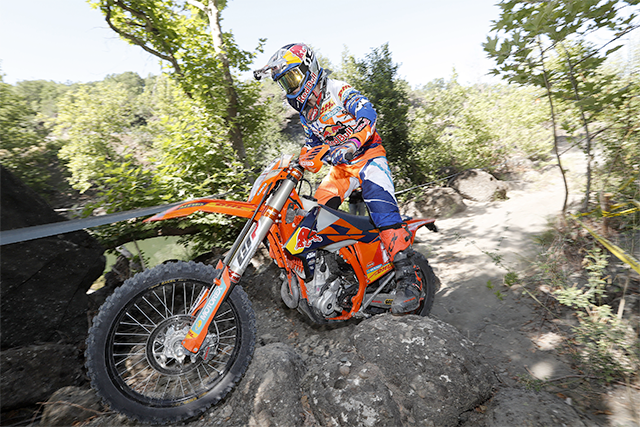 KTM's Josep Garcia finished less than 2 seconds behing McCanny on day 2
Second and just 10 seconds behind Persson, Brad Freeman (Beta) was the only other rider to challenge for the win as he finished more than one-minute ahead of third placed Davide Soreca (Honda). Albin Elowson (Husqvarna), Matteo Cavallo (Beta) and Kirian Mirabet (Sherco) rounded out the top six.

The 2017 Maxxis FIM EnduroGP World Championship moves on to Portugal in three weeks time, to Castelo Branco on July 21-23.