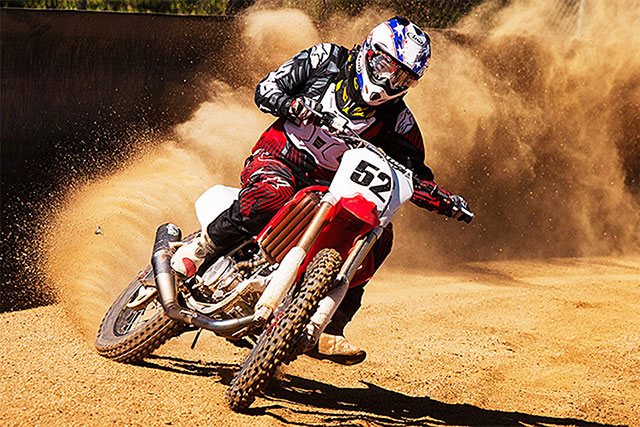 Waters, 22, from Mildura, is hoping to win back-to-back state titles at the South Australian Dirt Track Championships in Victor Harbor claiming the 450cc and Pro Open titles early in September.

The Victorian Dirt Track Championships was originally scheduled in September but was called off due to rain. Nicholas recently took part in the Troy Bayliss Classic at the Melbourne Moto Expo in November 25-27.

‰ÛÏI went into the final as the leading point scorer, and Josh and Brodie had a crash in the first turn so the race got stopped and restarted. I didn‰Ûªt get the best of starts in the re-run, and was running third. Brodie was leading and Jarrod Brooke was second. I got into second but Brodie got too much of a lead to pull him back but I just stayed in second for the race, and Josh, my oldest brother got third in the race,‰Û