WAMX Round One Done and Dusted AT Geraldton 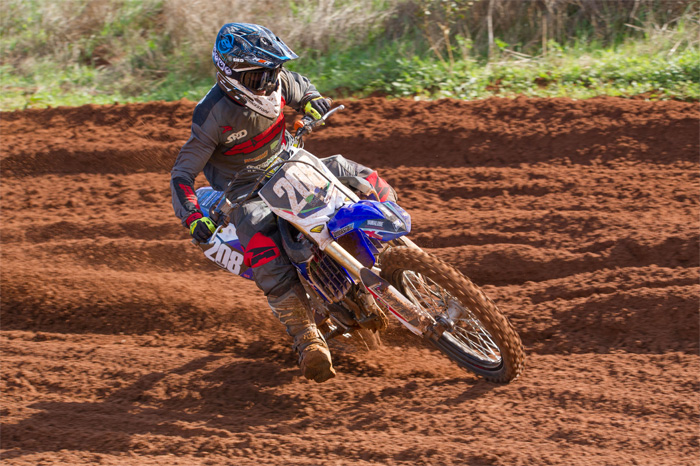 The Geraldton Junior and Senior Motocross Club hosted a dynamic double header event on a track immaculately prepared which understandably roughed up over the weekend to become not only hectic but quite brutal.

There was no holds barred racing to thrill the crowd, and in the events leading up to the event, riders who were expected to do well, had to work hard for their results with crashes, injuries and mechanical issues causing a fierce point‰Ûªs scramble.

It was a refreshing change to the Senior WAMX Series with qualifying introduced, and after some initial teething problems, which caused a delayed start to the day, and even a brief sprinkle of rain, the Make Smoking History 2016 Season opener last Sunday was a cracker.

The track didn‰Ûªt take too long to bare its teeth and soul, and crush many a rider and bike, ensuring at times survival of the fittest.

MX 1 Repechage
Scott Petricevich not only dominated the vets class but would come out and easily account for the MX1 Repechage class (1-1-1) with Wade Shephard racing Jack Gerrard‰Ûªs bike to second overall and fastest qualifier Michael McKellar securing third for the day. Bryce Williams was on track for a podium until a second moto DNF due to mechanical issues damaged his chances. Luke Rowe, Joey Merrylees, Matt Cartwright and Kane Doyle would be amongst the top ten points with Mark Rollini and Kile Scoon-Reid, but on a brutal track as the day went on it would be a fight for survival.

MX 1 Class
Brett Norton would lodge the fastest qualifying time in the MX1 class ahead of Robbo Lovett. Moto one was led from gate drop to flag end by Charlie Creech from Lovett who just held on from hard charging Dean Porter who had a shocking start getting through the pack to chase down Stevie Heilers who would take fourth followed by Paul Humberston in fifth.

The second moto was the six lap sprint and as Mitch Taylor and Paul Humberston battled for the lead, Dean Porter came through to take the lead and the win from Lovett, Taylor, Humberston, Michael Mahon and Charlie Creech. The last moto was by now on a nasty track, ruts, sharp edges, braking and accelerating bumps that were whoops to sort the riders out. Robbo Lovett got the holeshot and early race lead as Porter slotted into third before making the pass on Michael Mahon into second and then the chase on Robbo Lovett.

There was a nasty race incident where Reece Colgan crashed out, with great sportsmanship from Dane Cutts, who stopped his own race to help a fellow rider. With one lap remaining, the race was red flagged and the results were Lovett, Porter, Taylor, Mahon and Craig Bolton.

MX2 Repechage
It was a tight fight for the points, and a confidence booster for Corey Woodhead who despite not picking up a moto win, did enough to secure the MX2 repechage class by a solitary point from second placed Cory Perkin who won the last moto and finished on equal points with third placed Bailey Houston who took out the opening moto win. Jacob Schaafsma was the fastest qualifier and won the second moto before bike issues would end his day.

MX2 Class
Justin Hart was the fastest qualifier on the Husqvarna, and Luke Davis would be the ‰ÛÏholeshot hotshot‰Û 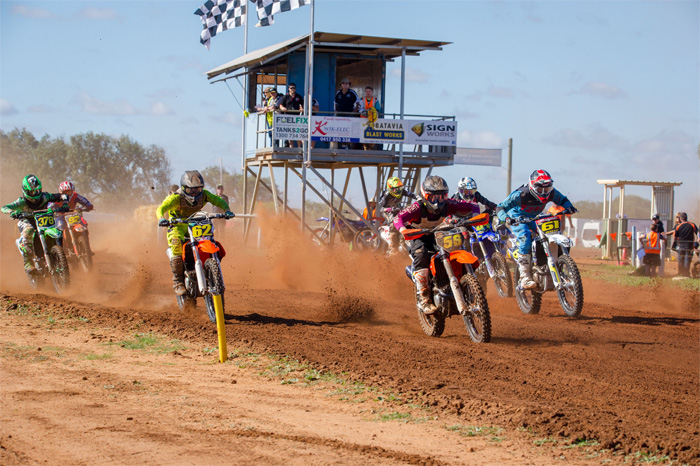 The opening motos of the 2016 Make Smoking History WAMX Junior State Championships on Saturday threw up many obstacles and challenges ensuring another exciting start to the season.