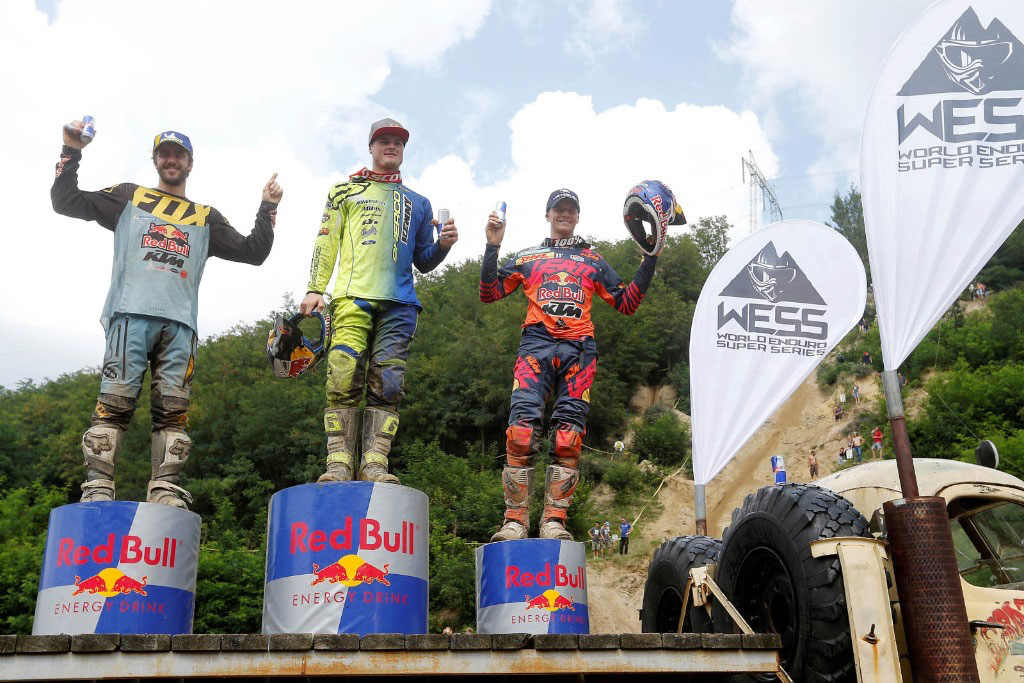 Runner-up on the fourth and final off-road day of the world‰Ûªs toughest Hard Enduro Rallye, Young has etched his name into the history books as the youngest winner of the 15-year running of the race. At the end of an epic week-long battle, he was joined on the podium by Germany‰Ûªs Manuel Lettenbichler and Brit Jonny Walker in second and third respectively.

It‰Ûªs always been my goal to win here and now I‰Ûªve managed to tick that box. It‰Ûªs the toughest race in the world and it feels awesome to have won it.

With just four minutes separating Young and Lettenbichler entering the final day of racing at Red Bull Romaniacs, the outcome of round four was too close to call. Young led the field away and pushed hard from the off. But Lettenbichler was making time in the early sections and by the midway point had caught up to Young, but also brought Walker with him. 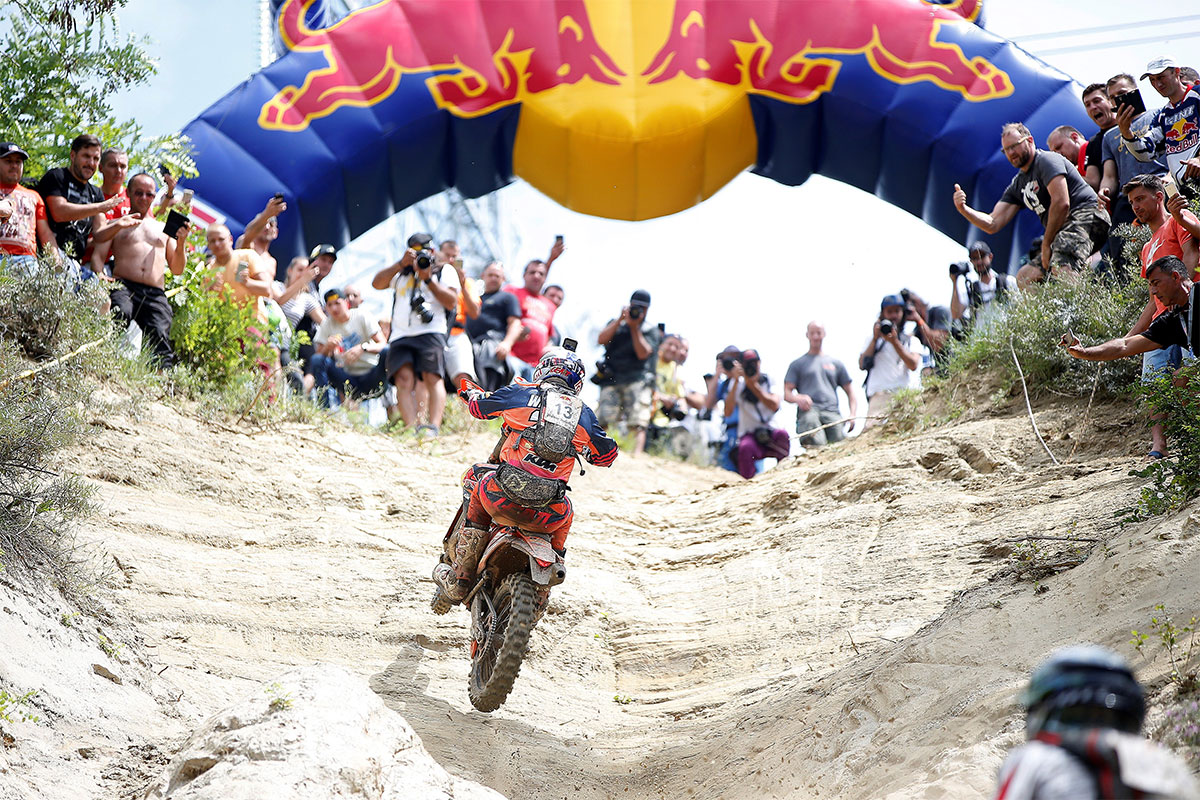 Jonny Walker launches skyward!
On a technical climb after the service point Lettenbichler found a way past Young and suddenly it looked like the fight for victory was weighing in the 20-year-old German‰Ûªs favour. However, the South African had other ideas and after taking a moment to regroup he made his break with about 20 kilometres to go. Pulling clear, he charged his way into the Gusterita finishing arena and despite not winning the day topped the event overall to become the fourth different winner in this year‰Ûªs WESS championship.

‰ÛÏI can‰Ûªt believe it, I am over the moon to have won," Young enthused. "It‰Ûªs been such a long race and so tough. Manni caught me early on today. He would gap me on the hills and then I would have to charge on the fast sections to reel him back in. It went like that for the whole day right until the last couple of checkpoints where I was able to break away from him before the finish. It‰Ûªs always been my goal to win here and now I‰Ûªve managed to tick that box. It‰Ûªs the toughest race in the world and it feels awesome to have won it.‰Û 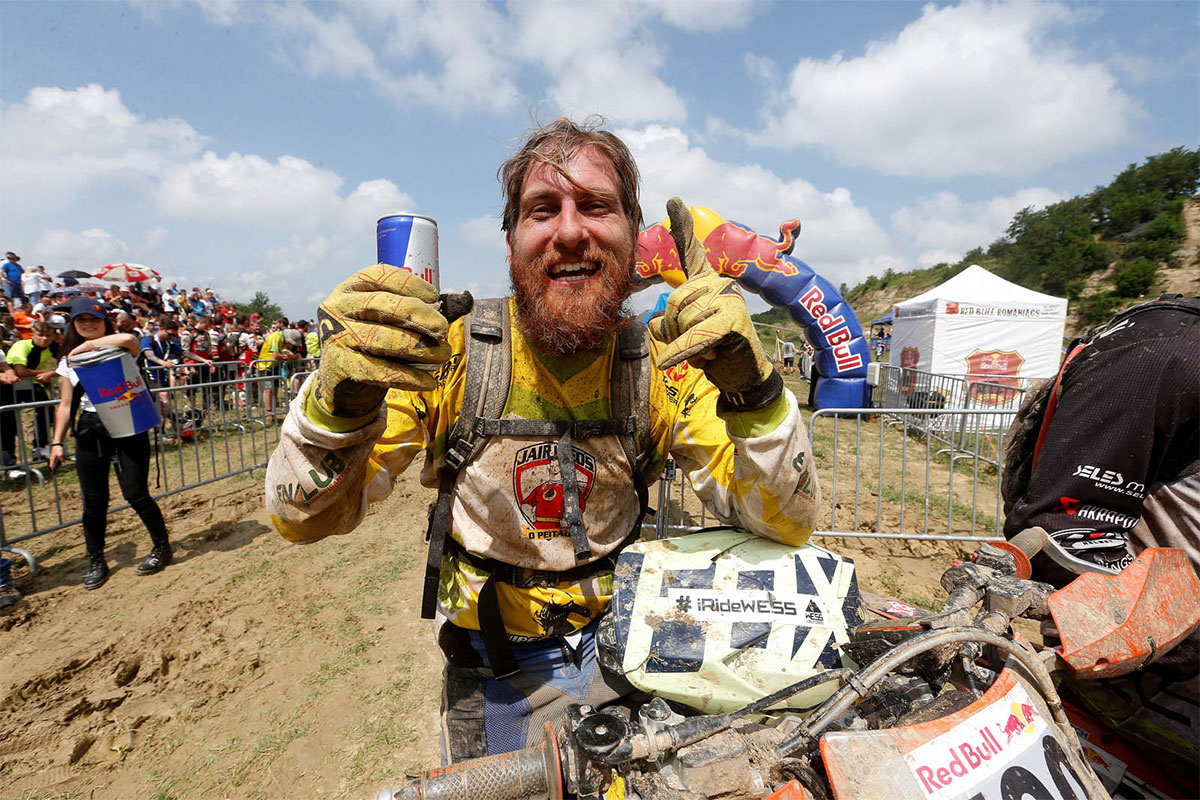 Winners are grinners, Silver class winner Dieter Rudolf .
Behind the top three, Billy Bolt finished fifth on the final day of racing to end his Red Bull Romaniacs in fourth overall. Building pace throughout the week, Spain‰Ûªs Alfredo Gomez took fourth on Off Road Day 4 to complete the top five in the overall classification.

The World Enduro Super Series continues with round five at Red Bull 111 Megawatt in Poland on September 8-9.