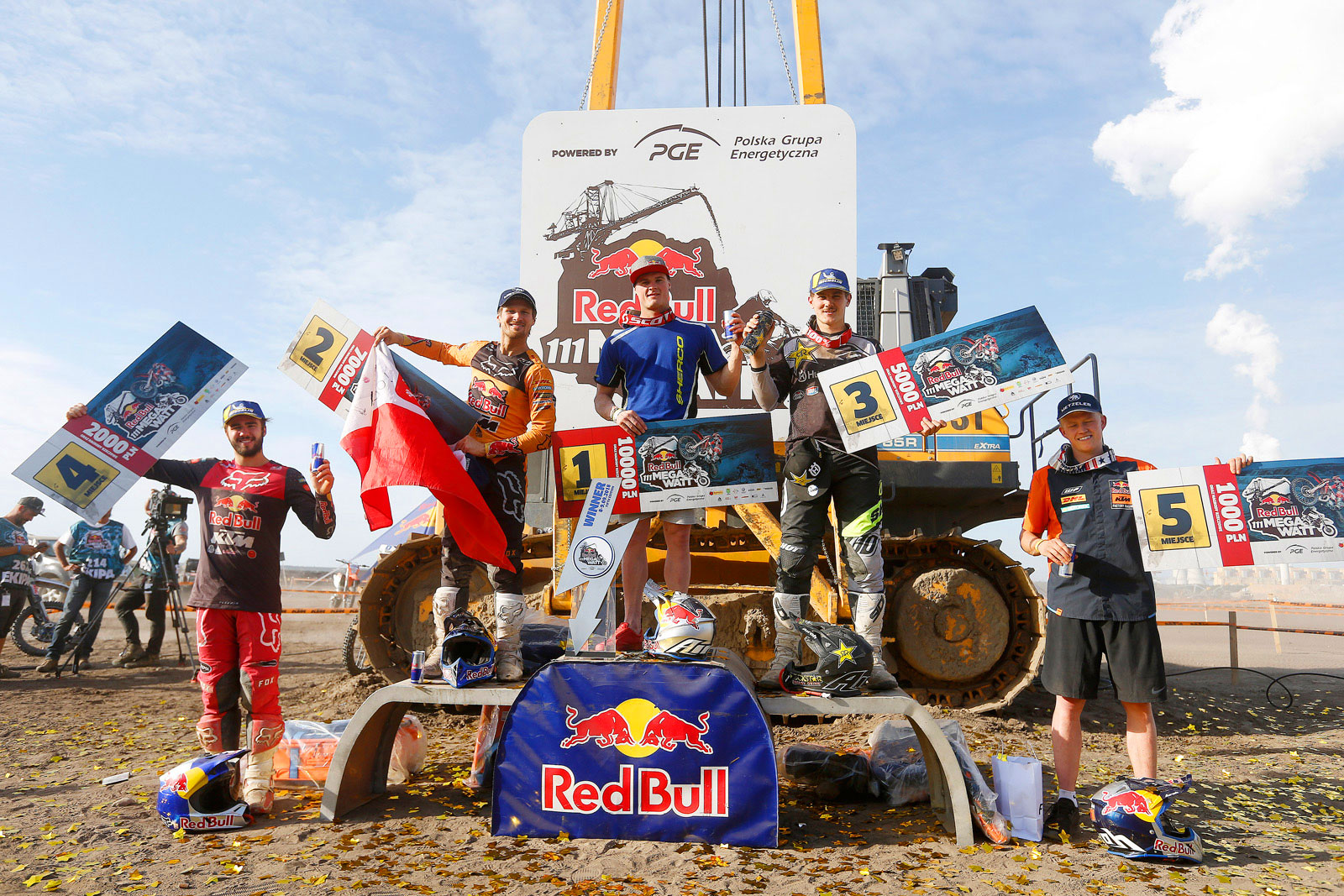 In what was a dramatic turn of events, series leader Jonny Walker crashed out of the race on lap two of three, while Germany‰Ûªs Manuel Lettenbichler overcame a slow start to place fourth and with it take control of the championship standings with three rounds remaining.

After a busy day of qualification on Saturday, the 500 fastest riders in this year‰Ûªs Red Bull 111 Megawatt took to the start line in Europe‰Ûªs largest coal mine for Sunday‰Ûªs feature race. Faced with a demanding and physical 30-kilometre course that weaved its way around the quarry, the addition of hot weather and dusty tracks ensured a gruelling three-lap race for the world‰Ûªs best Enduro riders.

As pole sitter, Nathan Watson was quick to claim the holeshot when competitors blasted off the line at precisely 1.11pm. Leading through the Motocross and Endurocross sections, Watson slipped back one position when Walker found a way past his teammate as they entered the quarry. Spending the opening lap sizing each other and the terrain out, Walker controlled the race lead as Young, Blazusiak, and Bolt all shadowed him. 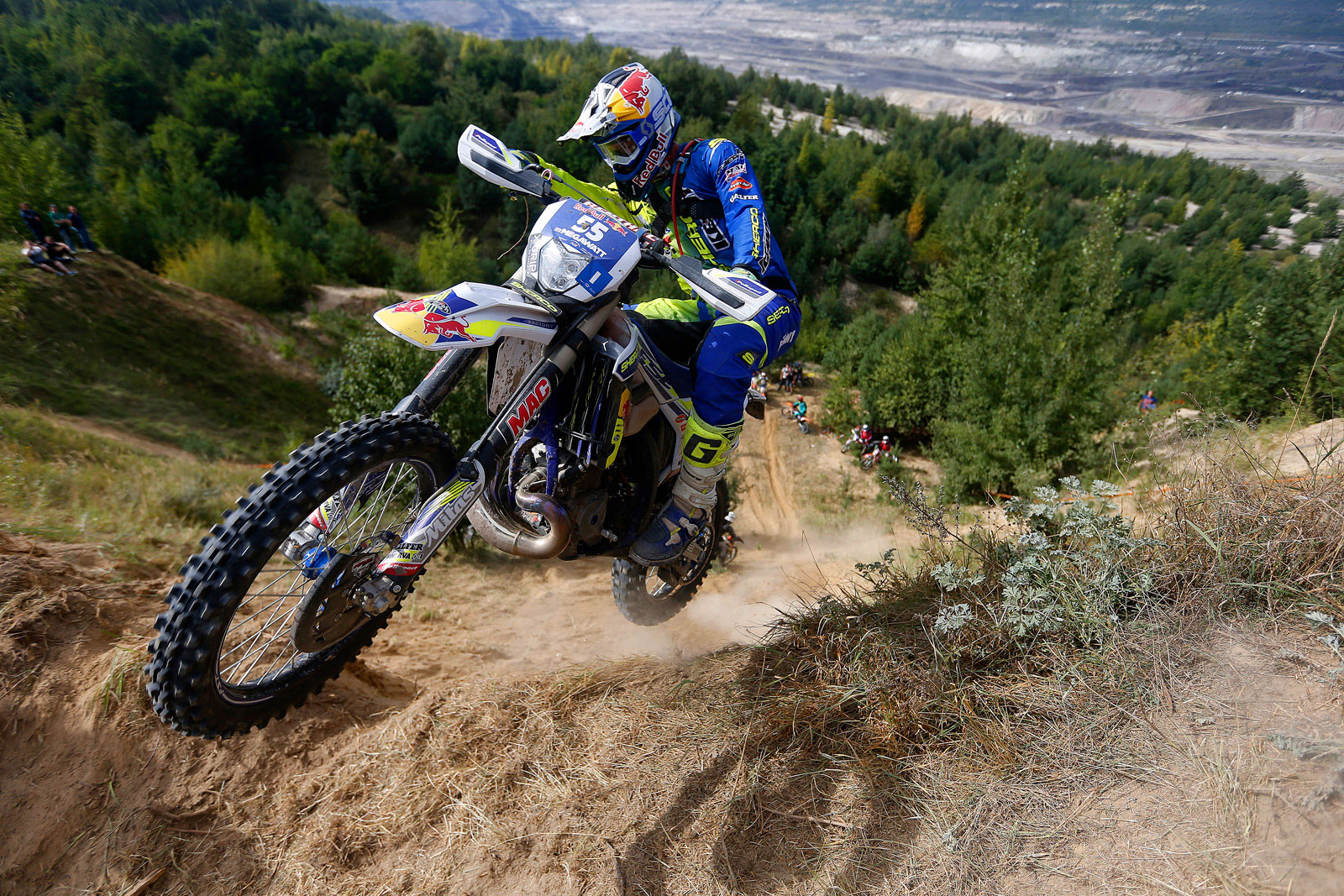 South African Wade Young on his way to victory. Photo: Future7Media
However, drama quickly struck as they headed into the mine section for lap two when Walker crashed in the dust. Young duly inherited the lead and it was a position he would hold until the chequered flag at the end of lap three, building a winning margin of over two minutes.

Behind him the fight for the remainder of the podium places proved close between Blazusiak, Bolt, Watson and Lettenbichler ‰ÛÓ who overcame a slow start. Fending off a late attack by Bolt, Blazusiak claimed the runner-up result in his home race. Crossing the finish line just seven seconds behind, Bolt took third, while Lettenbichler ended his race in fourth. After setting the early pace, Watson completed the top five. 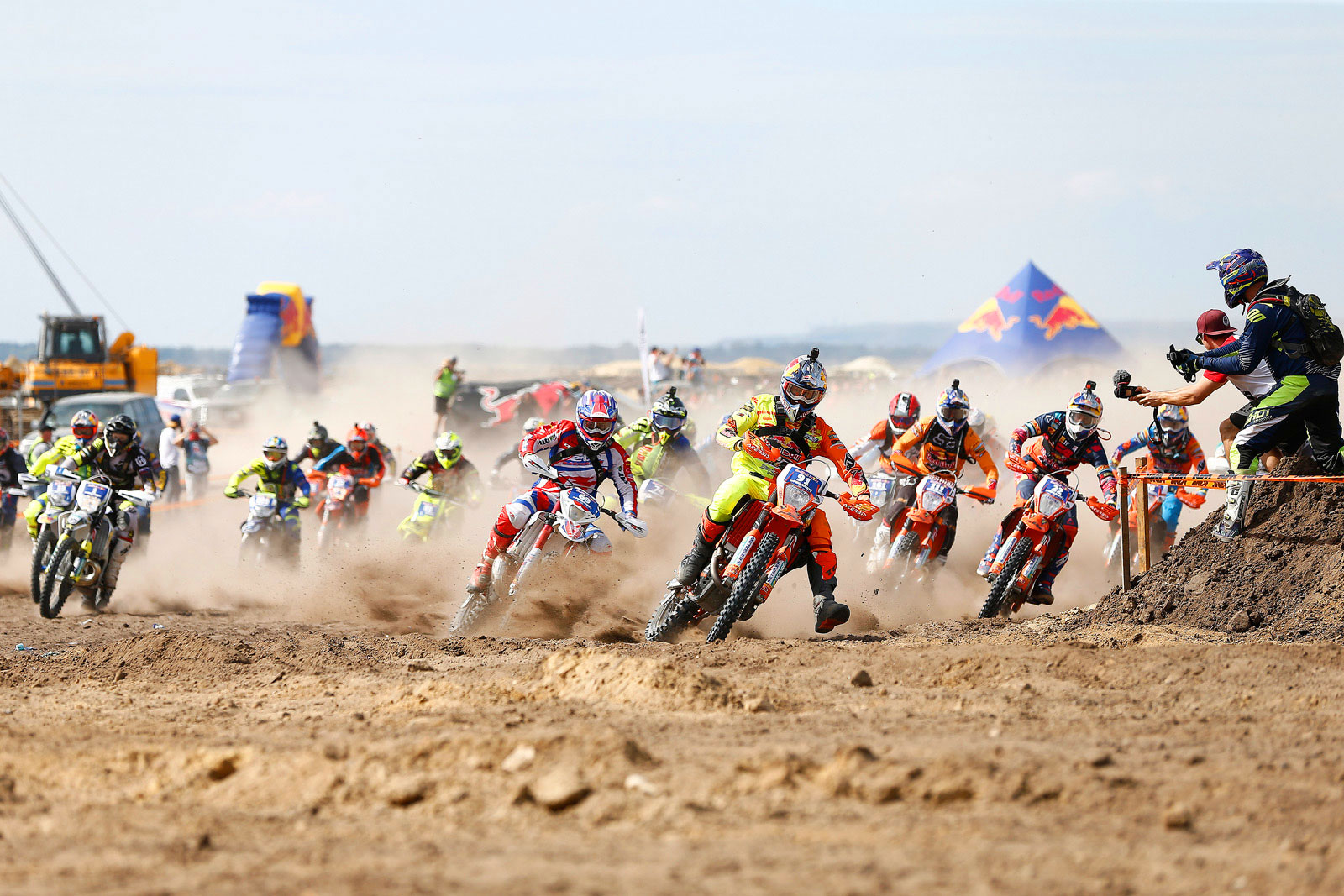 Championship leader going into the event, Jonny Walker , grabbed the holeshot but crashed out on lao tewo. he dropped from the lead of the championship to fourth. Photo: Future7Media
‰ÛÏIt was so important to manage this race well. I felt good, and to win here after winning at Red Bull Romaniacs is awesome," Young said. "I‰Ûªm so happy right now. I got myself close to the front and then ahead of Jonny when he crashed. I think we would have had a great battle ‰ÛÒ it‰Ûªs not nice to see a rider crash out. I feel like I almost had a perfect race. At the start I saw the flag drop but I was a little behind, so I kept it flat out around the outside. A few riders fell, which put me about fourth. I had a few little crashes myself but I managed to settle things down and use my speed to good effect. I put it together and felt strong. It‰Ûªs awesome to get the win.‰Û 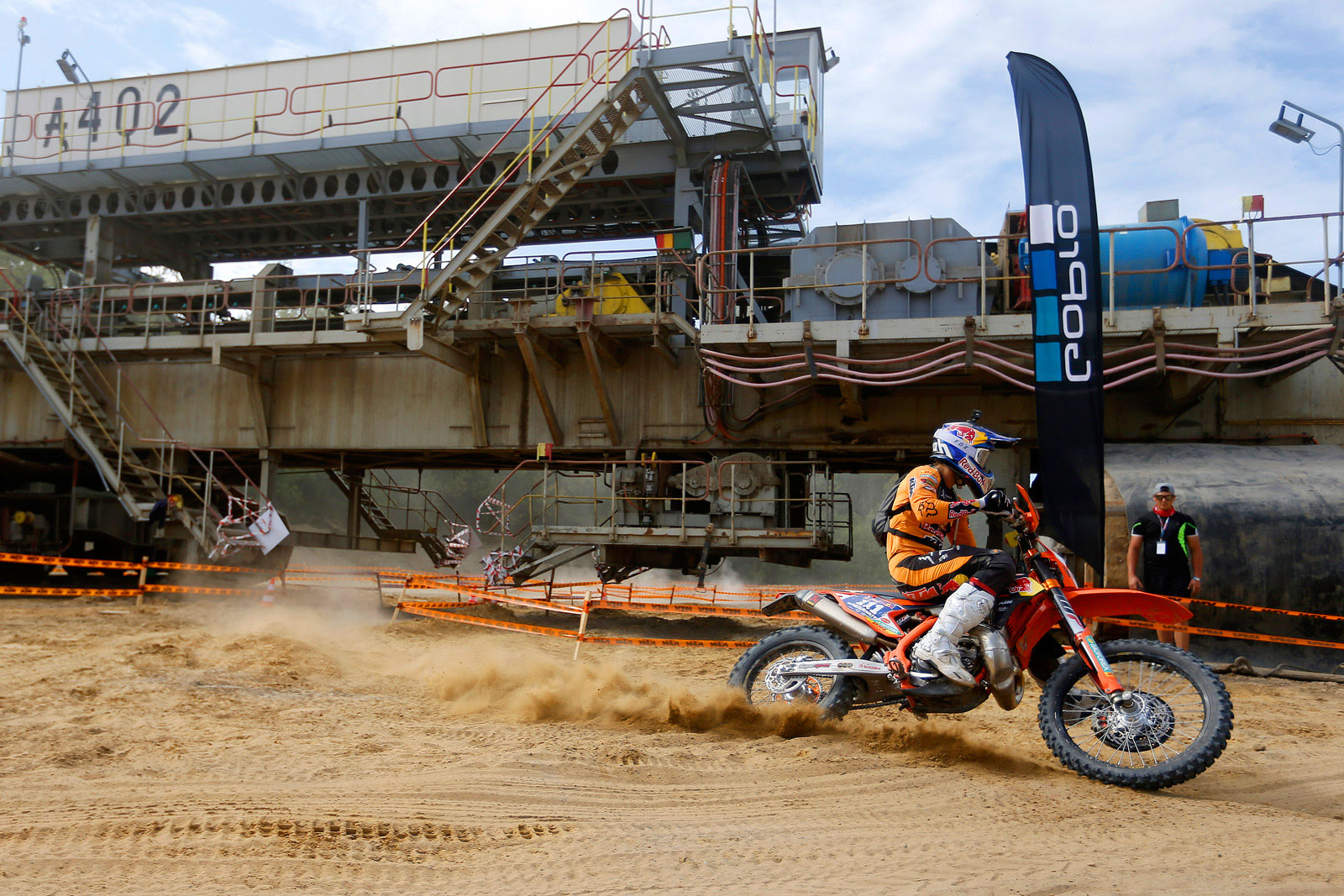