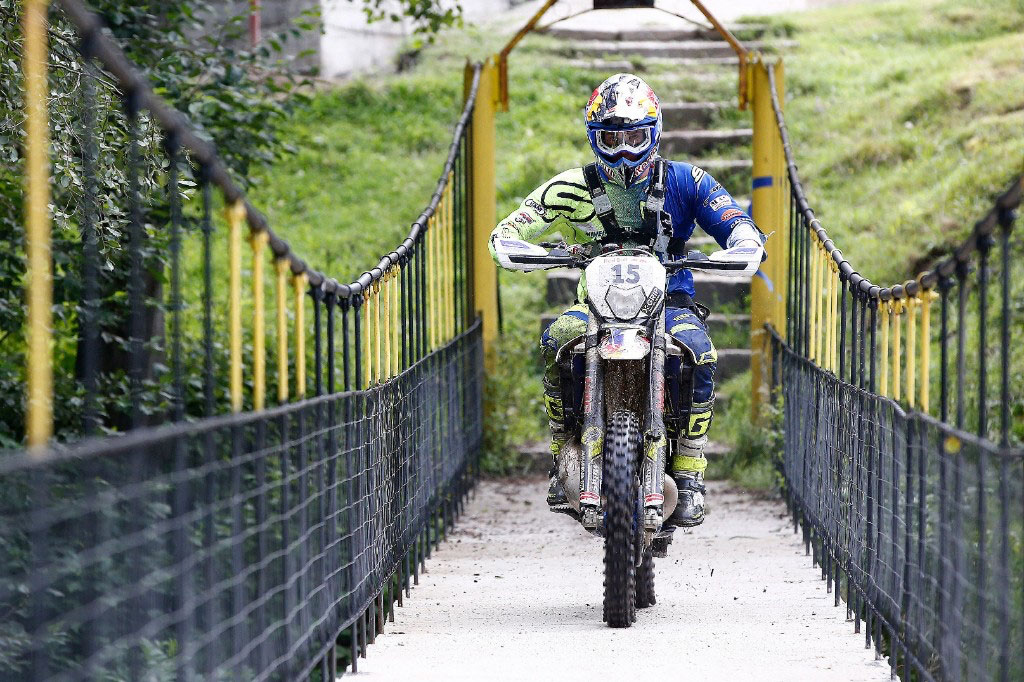 Wade Young on the way to victory on day 2
The fight for victory at round four of the World Enduro Super Series heats up as South African Wade Young claimed the win on Off Road Day 2 at Red Bull Romaniacs.

The battle for top honours in this year‰Ûªs Red Bull Romaniacs continues to be a three-way affair as Young, Manuel Lettenbichler and Brit Jonny Walker set the pace at the head of the field. After an incredibly tough opening day in the mountains, the competitors from 53 nations in the 15th edition of the race faced a somewhat shorter course for Off Road Day 2. Hard in places but offering breath taking mountain top Enduro riding in others, it was a day to savour for many.

At the sharp end of the field, the battle for Gold class honours raged on. Leading the field out, Lettenbichler was chased down by Young and Walker. At checkpoint four, WESS points leader Walker had eliminated the six-minute gap to his rivals as the trio broke away from the rest of the field. Arriving almost together at the service point, it was too close to call.

But the afternoon told a slightly different story. Holding station at the front, Young managed to weaken Walker‰Ûªs grip on him. Pulling clear, and bringing Lettenbichler with him, the duo crossed the finish line two minutes ahead of Walker to give the South African the stage win and the overall lead in the race. However, on corrected time, Walker‰Ûªs morning efforts saw him split Young and Lettenbichler to end his day as runner-up, pushing the young German privateer back to third.

‰ÛÏOverall, it‰Ûªs been another good day. I‰Ûªm enjoying the long days on the bike and seem to build my pace more and more towards the end," Wade said. "This morning Jonny and Manni were really pushing the pace, I wasn‰Ûªt 100 per cent comfortable and so had to sit back. During the afternoon I relaxed into it more and brought the fight to them. We‰Ûªre only halfway into the race so there‰Ûªs still two big days to come but, like I said, I‰Ûªm enjoying it and so that‰Ûªs got to be a good thing running this pace.‰Û 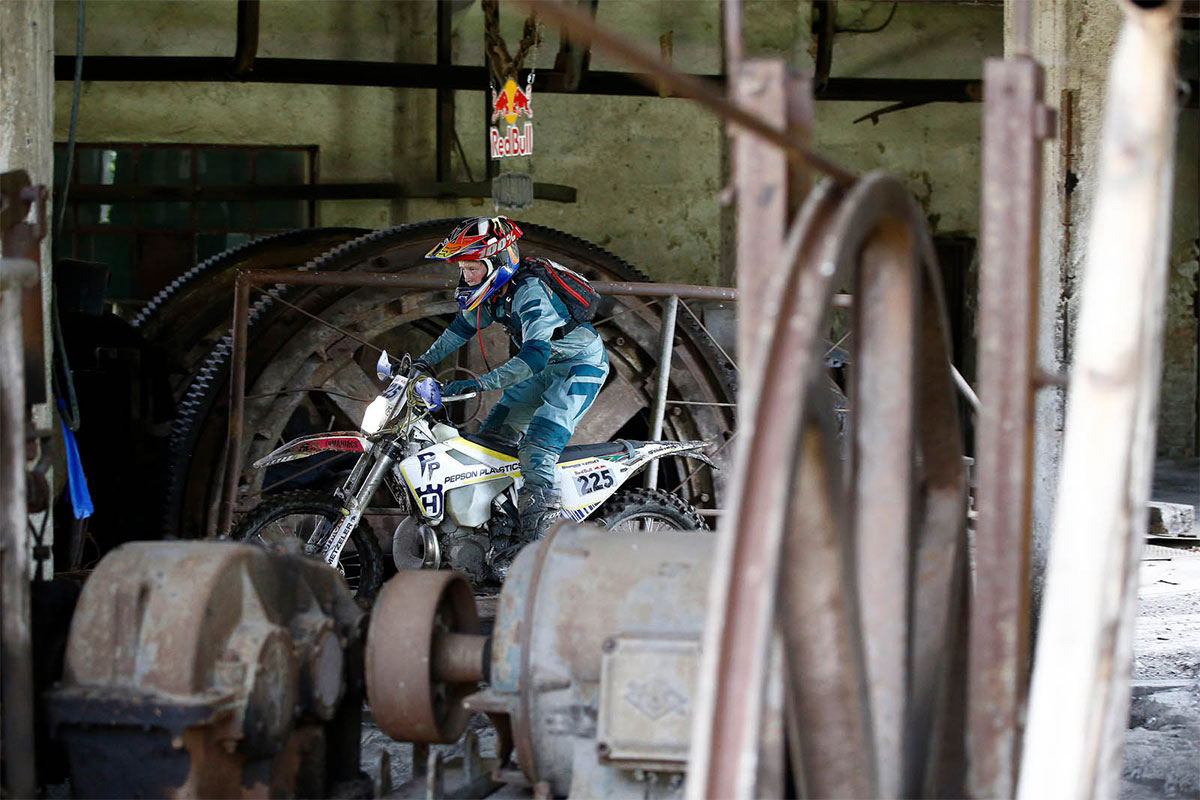 Silver class rider Matthew Green takes a wonder through a shed!
Day one winner Manuel Lettenbichler was happy to still be in the mix with second place.

‰ÛÏToday was longer than expected and also faster. There were some pretty gnarly sections though to keep things challenging. Jonny, Wade and myself were so close this morning and then in the afternoon we broke away from Jonny and it was another full gas fight to the finish. Wade‰Ûªs gained some time on me but there‰Ûªs a long way to go and tomorrow will be another big day for sure.‰Û 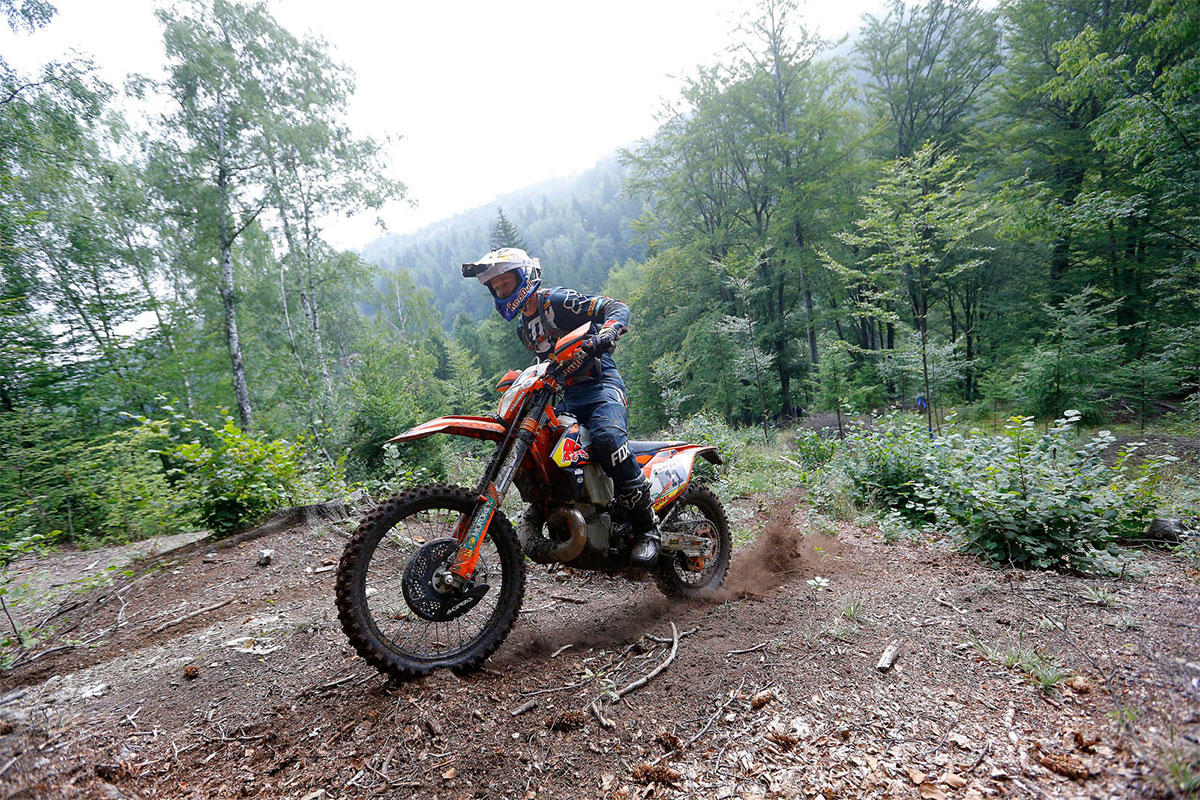 Taddy Blazusiak just missed the podium on day 2 and is 5th overall at the end of day 2
Results: World Enduro Super Series, Round 4