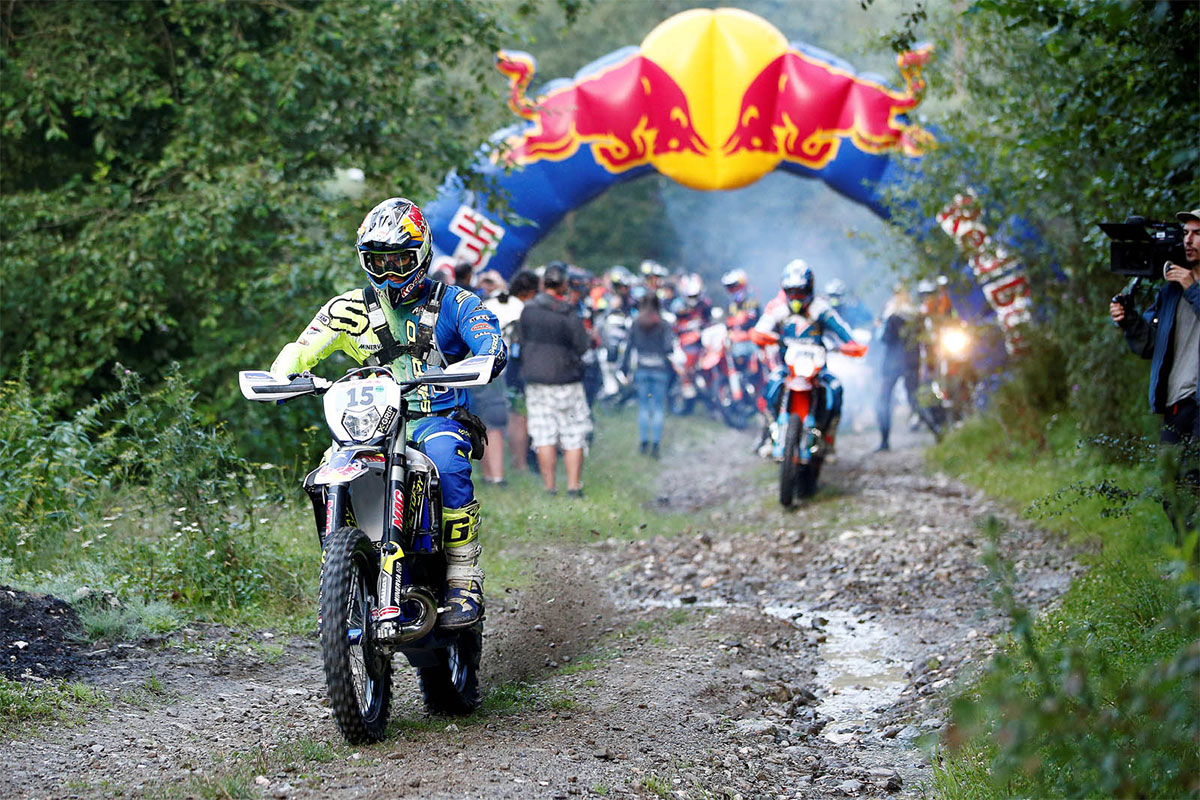 For the fourth day of racing at the Red Bull Romaniacs, the competitors from 53 nations enjoyed their first full day of sunshine as they waved goodbye to the Straja ski resort and began to make their way back towards Sibiu. The welcome addition of sunshine eased the aching pains of the previous days, but with another long and demanding day in the saddle for all, riders were once again pushed to their limits.

However, at the head of the Gold class there was no change to the running order of the top three with Young, Lettenbichler and Walker continuing to set the pace.

Young lead the field out, remaining there for the entire day, pulling a slight advantage over Lettenbichler to increase his race lead to four minutes with one day remaining.

‰ÛÏThat was a really long day today," Young said. "The hardest part was right at the beginning and it really took it out of you. I tried not to push too hard because I know how easy it is to burn yourself out. I stayed relaxed, didn‰Ûªt make any huge mistakes and aimed for the finish. I knew I had a bit of a gap over Manni today so that let me relax a bit and I think it helped me to stay smooth. There‰Ûªs still one day to go tomorrow and my plan is to ride similar to today ‰ÛÒ don‰Ûªt push too hard and get to the finish in one piece. If the result comes, then it‰Ûªs time to celebrate but it‰Ûªs too early to think about that yet!‰Û 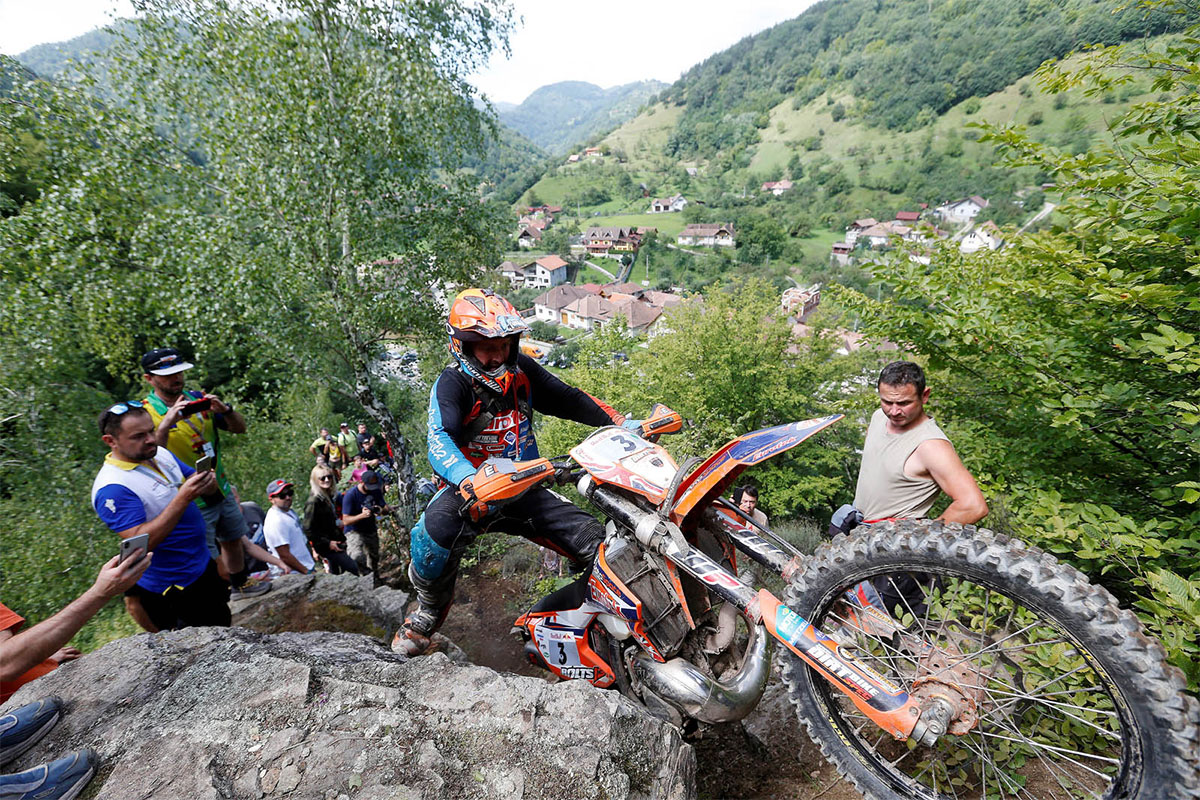 Brit Paul Bolton deals with some heavy going
With Young and Lettenbichler first and second, Walker didn‰Ûªt have an answer to his younger rivals, finishing 17 minutes behind in third. Claiming his best stage result in this year‰Ûªs race, Alfredo Gomez placed an impressive fourth. Albeit finishing 30 minutes down on Walker, the Spaniard is showing that he‰Ûªs returning to form following his pre-season knee injury. Enduring an up and down day, Gomez‰Ûª teammate Billy Bolt placed two minutes behind in fifth to move up to fourth in the overall classification.

In the Silver class there was no stopping Austria‰Ûªs Dieter Rudolf as he claimed his second Off Road Day victory of the Hard Enduro Rallye.

‰ÛÏToday was a lot easier than the days before, I feel a lot stronger now than I did at the finish of day two ‰ÛÒ that was really tough," Rudolf said. "I lost some time yesterday after making a mistake with my navigation, I had to turn around and retrace my route to get back on track again. Today went a lot better, the track was really good fun and flowed nicely ‰ÛÒ I really enjoyed it. We‰Ûªve one day left and I am looking forward to getting to the finish, hopefully I can keep a hold of the lead and take the win.‰Û 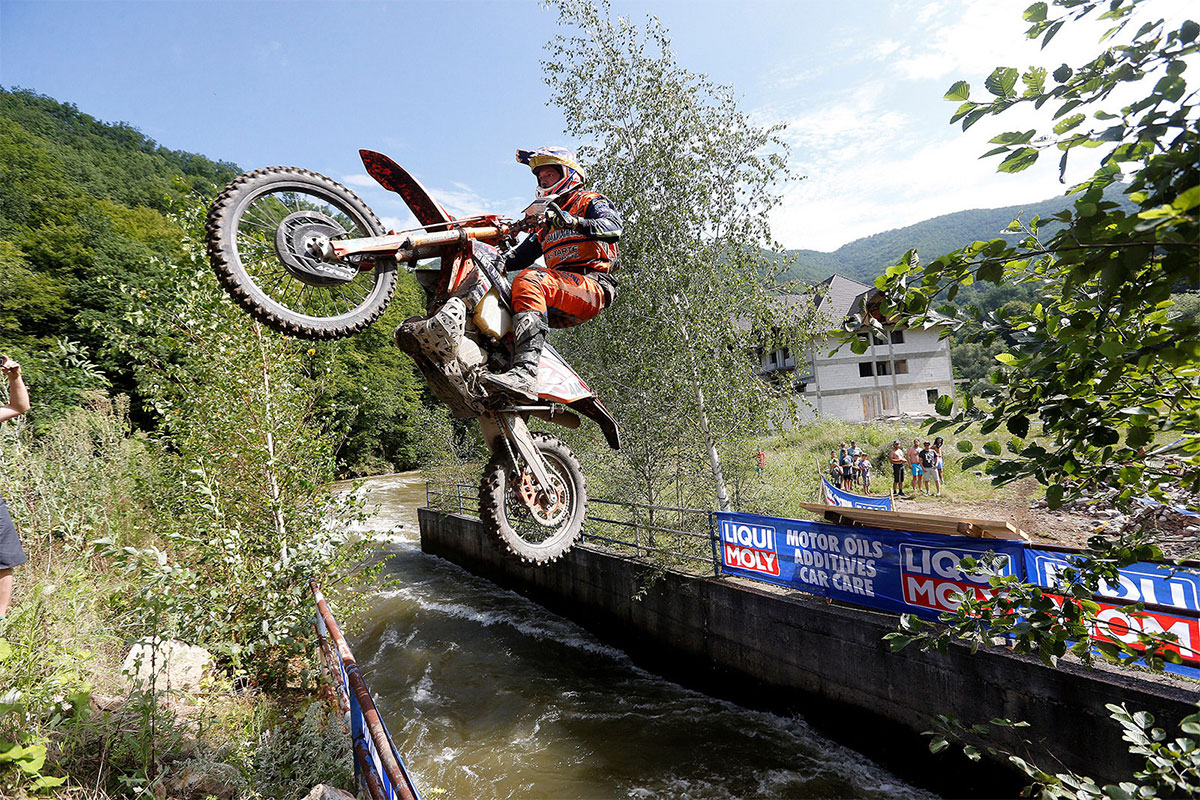 The Bronze class saw France‰Ûªs Jean-Michel Vigand continue his run of form to claim another stage win. This time he took victory over Fausto Moto and Slovenia‰Ûªs Milos Novakovic. In the Iron class Mindaugas Simkevicius extended his race lead claiming victory over Antanas Lucinskas and German Tom Oberndorfer. However, with only four minutes separating the trio at the finish line the battle was closely fought all day.

With just one day of racing remaining in this year‰Ûªs Red Bull Romaniacs, Young will attempt to become the youngest ever winner of the Hard Enduro Rallye, while also becoming the first rider to stand on the top step of the Red Bull Romaniacs podium for Sherco since Graham Jarvis in 2008. 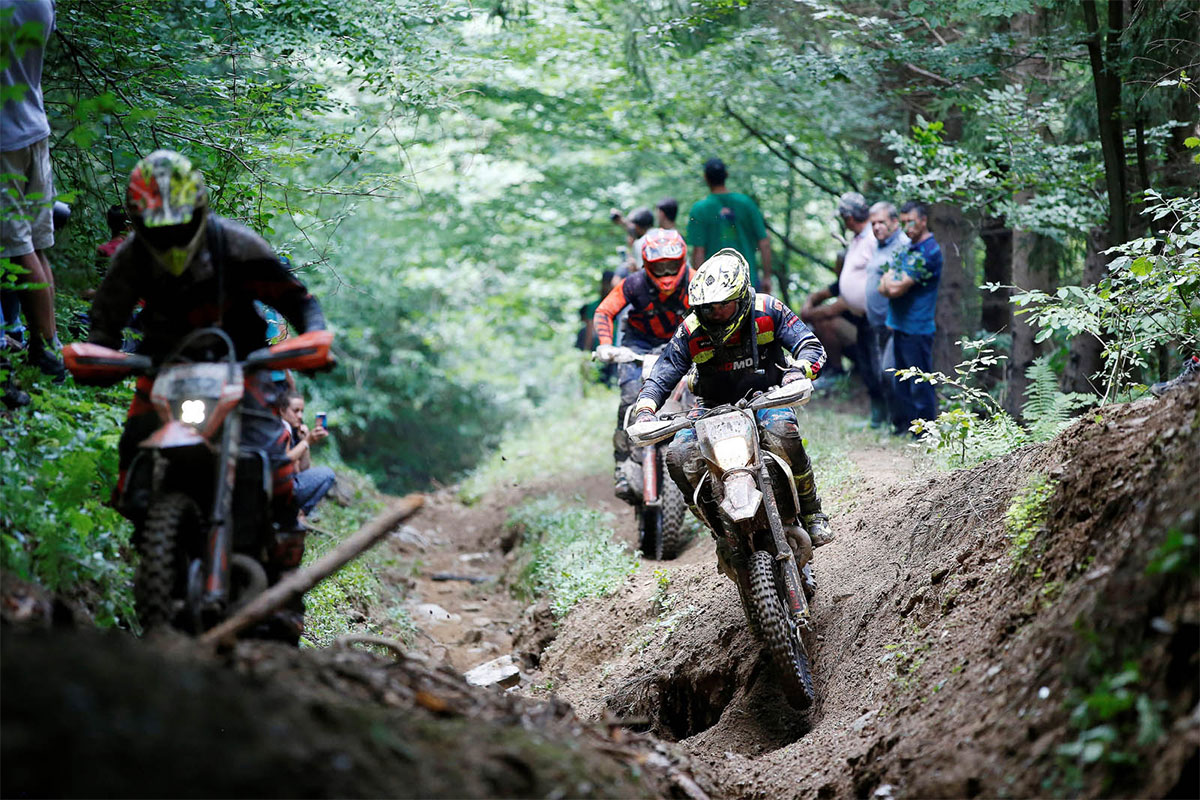 There were plenty of nice trails amongst the more challenging ones.
Results: World Enduro Super Series, Round 4