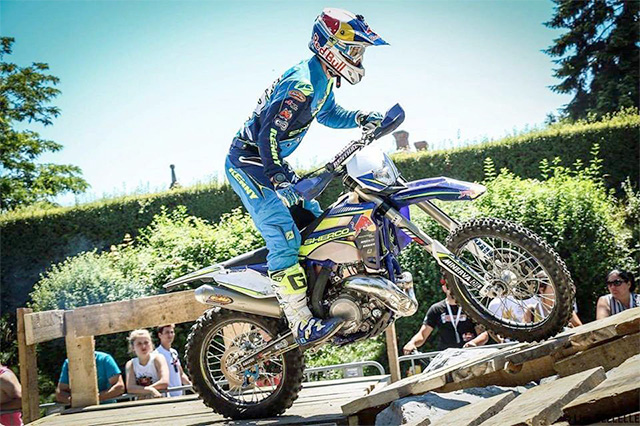 Wade Young is not your average dirt bike racer. The South African is an extreme enduro expert who has graced the podium at almost all of the biggest and nastiest extreme off-road races on the planet.

Young became a star at the age of 16 when he won the infamous Roof of Africa in 2012, the youngest rider to ever do so and now he‰Ûªs coming to Australia.

Young will line up at the annual Wildwood Rock Extreme enduro on the outskirts of Melbourne and attempt to add the Wildwood Rock crown to his already impressive racing resume.

Wildwood Rock Extreme is very much in the extreme category of off-road motorcycle racing. The duration of the race is four hours around an excruciating course comprising of steep hills riddled with rocks, man-made obstacles such as an old school bus that competitors must ride through, bog holes, log crossings and the infamous ‰Û÷Rock Garden‰Ûª where riders face an impossibly-steep hill made up of rocks piled upon rocks.

‰ÛÏWade Young is widely regarded as one of the biggest names in the sport of extreme enduro,‰Û