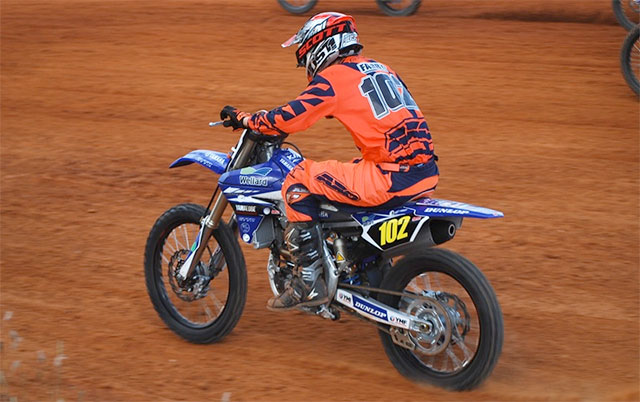 There was no time for the Easter bunny last weekend, as the Wellard/GYTR/Yamaha Junior Racing Team converged on the Ken Marshal circuit six hours East of Perth in Kalgoorlie for the first round of the WA Motocross championship.

Fine weather and temperatures in the low 30‰Ûªs was the forecast and the hard working team at the Goldfields Motorcycle Club prepared a good circuit like normal.

After an eight month layoff with injury Mat Fabry (Five Star Yamaha), has been getting as much seat time as possible trying to make up for lost time. He has already criss-crossed the country as he competed at the MX Nationals in Victoria before returning for duel class duties on his YZ125 and potent YZ250F in Kalgoorlie.

With each race, Fabry dropped his lap times as he began to learn the new layout of the circuit which has changed since he was there last. By days end he captured the outright win in the 125cc division and was second in the 250 four stoke class.

‰ÛÏI have been away from the full-on intensity of racing for a long time now and it was great to get back into it. I worked hard on riding smooth and improving every lap as my bike fitness is way down at the moment and I needed to manage every race for the entire day. I felt like I could have ridden faster but the team has been telling me to be patient and not to rush trying to get back to my peak, so that is what I did,‰Û 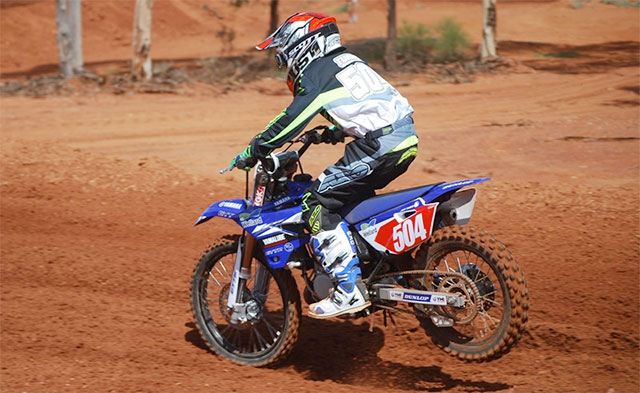 Jake Turner showing promise on the YZ85.
After being elevated from a satellite rider in 2017, Jake Turner (Mandurah City Yamaha) has moved into the 85cc Big Wheel class and is the little fish in the big pond. Turner put in three good moto‰Ûªs for the day and if not for a flat tyre in the final, he would have garnered more points.

‰ÛÏMy tyre went flat on the start line and we pumped it up but it slowly went down over the course of the race until I washed out on the up ramp of a jump and I crashed. I wasn‰Ûªt hurt but I did lose a few spots which was disappointing.

‰ÛÏI was enjoying the new class and each race was getting closer to the lead pack which was encouraging. I‰Ûªll work on my speed for the next round at Bunbury,‰Û 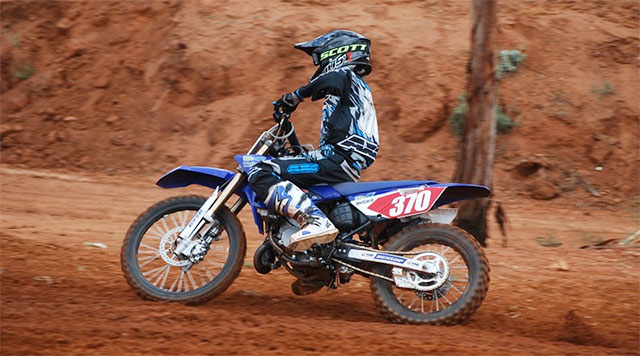 Kaj Radcliffe in action at Kalgoolie
Also riding an 85cc Big Wheel Kaj Radcliffe (Cully‰Ûªs Yamaha) was at his first meeting with the team after moving to Yamaha this season. Based in Carnarvon 1000 kilometres north of Perth means a lot of travel for the youngster but he and his family are dedicated to not let distance beat them. With a similar speed to his team mate and it also being his first year on the bigger bike Radcliffe has taken to the YZ like a duck to water.

‰ÛÏI really enjoy riding the YZ85 as I am not a big guy and it suits me well. I know my speed will pick up as the season progresses and I really want to show the team I belong,‰Û