WA round of ASBK, a Keogh family affair! 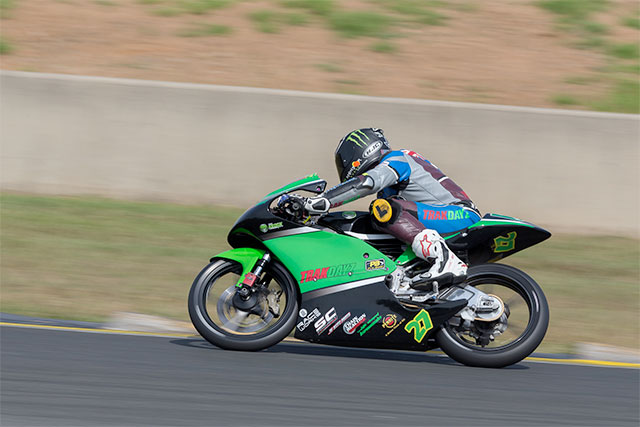 With less than two weeks until the fourth round of the 2016 Yamaha Motor Finance Australian Superbike Championship presented by Motul Pirelli, the Keogh family are preparing to achieve more personal goals at their home round on June 3-5, at Barbagallo Raceway, in Western Australia.

With a burning passion to race stemming from his childhood, Tony Keogh has carried on the family tradition which now sees him, his son Lachlan, and his daughter Brittany, show up to every round of the ASBK and give it everything they have, even if it means the gruelling hours in the car from Western Australia to the East Coast to compete!

Tony is currently competing in the Yamaha Motor Finance Australian Superbike class aboard a Kawasaki ZX10 while son Lachlan, who only just turned 15 years old last week is currently competing in both the Honda Moto 3/125GP class and the ASBK Production classes, and of course daughter Brittany, joins her dad and brother most weekends offering her support to the pair too.

Speaking to the Keogh family you get a sense of just how passionate they are in their love for motorbikes, and just how much being able to compete and travel as a family is something that is even more enjoyable than the racing at times!

‰ÛÏI have ridden bikes in general all my life. My main dream when I was younger was to race Superbikes but it never happened. I had an older brother and as he transitioned through all different sports I followed him. It wasn‰Ûªt until I was doing my own thing that I initially got talked into a track day, bought a race bike, and now I am competing in my fourth racing season,‰Û 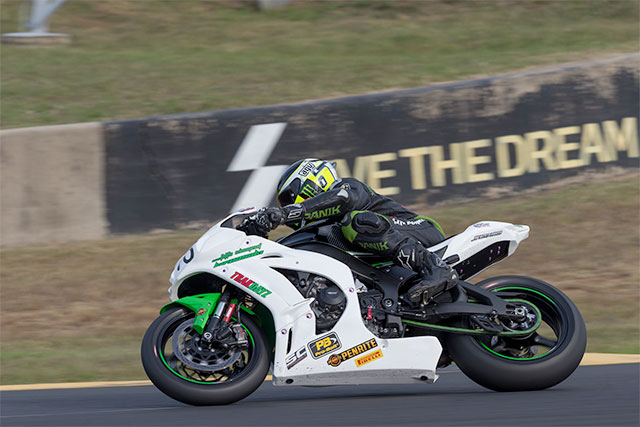 Lachlan Keogh. Credit: Andrew Gosling/tbgsport
Their story isn‰Ûªt all fireworks and butterflies however, as well as looking after his two children, Tony is a lecturer at TAFE, and while he may leave the books at work, when he comes home, it is straight onto the tools, maintaining and repairing the four bikes which they cart racing around the country.

‰ÛÏI build all of our bikes! I build the motors and everything in between racing. Anything that needs to be done to the bikes, pretty much gets done by myself,‰Û