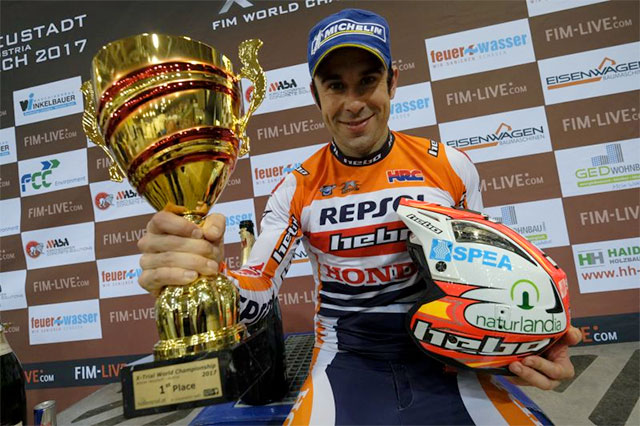 The triumph tally in the indoor speciality now stands at an impressive fifty.

Wiener Neustadt‰Ûªs Arena Nova bore witness to a rampant Toni Bou who put on a fine display of the extreme technical qualities necessary to be number one in a discipline such as X-Trial. After commanding the qualifying round and scoring the least penalty marks of the eight participants, Bou went on to dominate the final, marking the difference over adversaries right from the first section.

Bou was well aware that the final would be far more complicated, requiring maximum attention from the very first moment. While his opponents were unable to scale the first hazard, the Montesa Cota 4RT rider seized the chance and made it through with a clean score-sheet.

The champion narrowly missed out on the opportunity to really clinch the event in section two with a minor error complicated proceedings. Nevertheless, the Repsol Honda Team sealed his spot on the podium in the penultimate section, where once again he was the sole participant to clear the obstacles point-free. The ten point difference over the rest of the field and the twenty points for finishing in the trial‰Ûªs top spot once again consolidate Bou‰Ûªs leadership in the overall standings.

This was Toni Bou‰Ûªs third win in Wiener Neustadt, the second so far this season and the fiftieth in international world championship events since his win count began back in 2006 in Sheffield, United Kingdom. 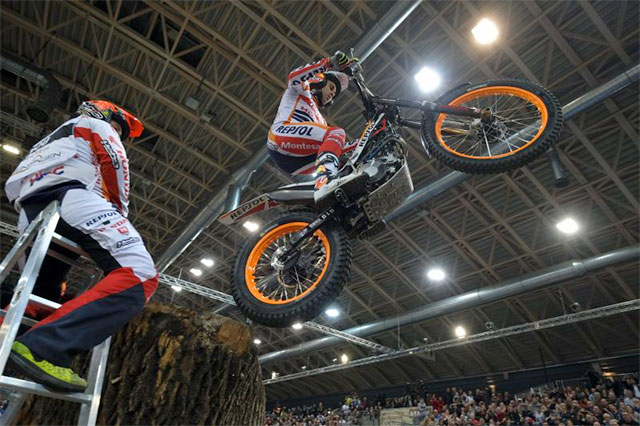 Toni Bou in action.
"It all went very well," Bou said. "We knew that we couldn‰Ûªt make any mistakes and we were very focused throughout the evening. I think that I could have done it even better as I made a couple of errors in the final: I could have really nailed it in section two, but on the other hand I got a three in a technical complicated part where I could have really wrapped it up.

The third event of the world championship is set to take place on Saturday March 25 in Marseille, France.