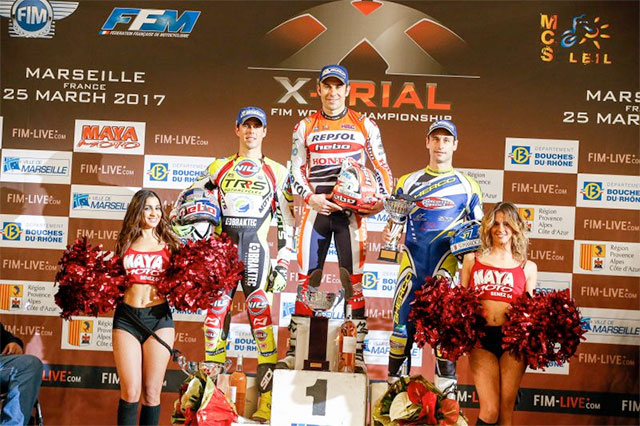 Repsol Honda Team‰Ûªs Toni Bou rode to a commanding triumph over Adam Raga in the X-Trial held in Marseille, France in the third and penultimate round of the FIM World Championship. An eleventh title in Nice next weekend now looks fairly certain.

The Palais des Sports of France‰Ûªs second city played host to the third date in the 2017 FIM X-Trial calendar that saw Toni Bou once again steal the show in one of the most veteran trials on the circuit after Barcelona.

Bou worked hard to secure a vital win ahead of Adam Raga and Albert Cabestny that leaves him on the cusp of the season‰Ûªs main aim: the world title. In spite of finishing third in the qualifying round, the current champion was able to attack the sections from the rear after having won the races that determined the starting positions.

A clean sheet on the second hazard was enough to give the Catalan the advantage whilst his adversaries all picked up five marks. The differences remained until the end of the final, where not even a mistake in the final section was enough to stop Bou from taking the victory ‰ÛÒ in the end by a mere one-point margin.

This is the seventh consecutive triumph for the Repsol Honda Team star in Marseille and the third on the spin this year for Bou, who now comfortably leads the general standings of the event. Toni lies fifteen points clear of second place Raga. 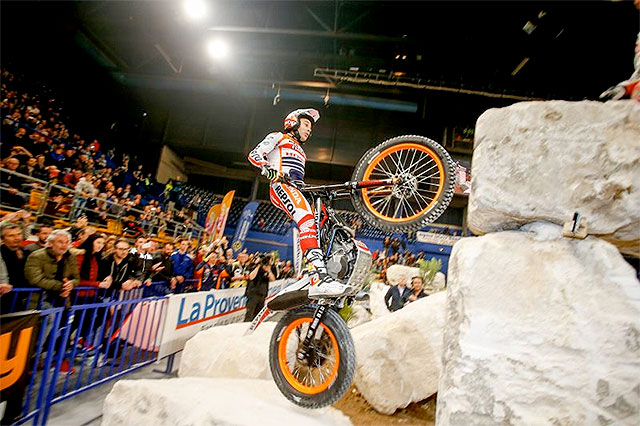 Victory in Marseille edges Toni Bou closer to an eleventh X-Trial title
"We suffered a lot today," Bou reflected, "In the qualifying we finished third and I had to win the races to be able to start out last in the final. I came out very focused and in the second section I was able to gain an advantage over the rivals that turned out to be decisive. There was no room for mistakes and luckily I was able to win before the trial ended and the five-point penalty in the final section didn‰Ûªt amount to anything. We can‰Ûªt make any mistakes in trials with so few sections. Now there is just Nice left where we will have to stay focused to pick up the eleventh title."

The fourth and final trial of the FIM X-Trial World Championship takes place in Nice next Friday, 31st March. Toni Bou needs five points to seal the title and a fifth overall place should be enough to secure an eleventh title in the discipline. 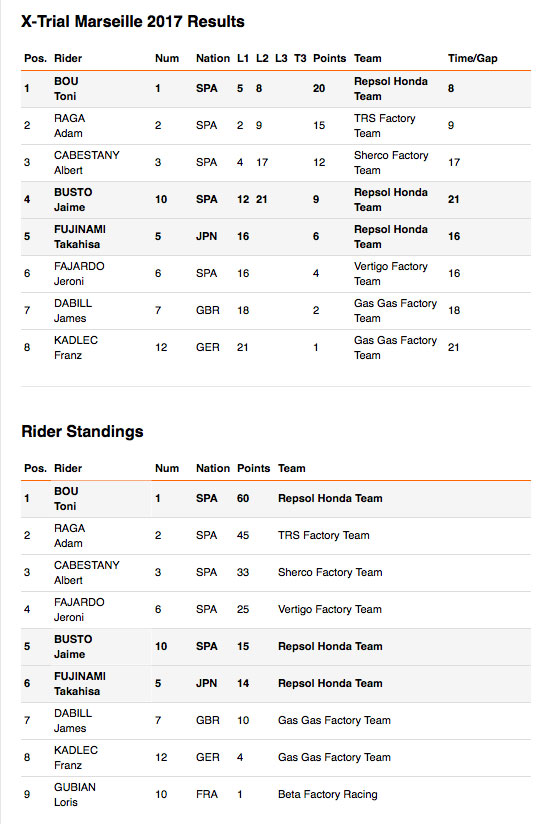