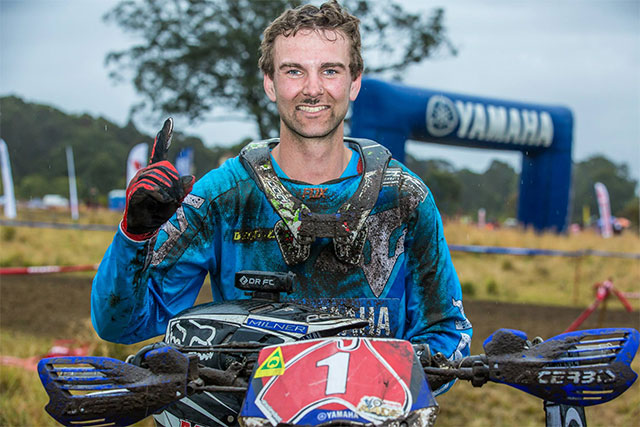 The 2016 Yamaha Australian-Four Day Enduro will rev into life in Mansfield, Victoria and Motorcycling Victoria have announced the team that will take on the best riders in the country and the world starting on Monday, November 14 from Saturday, November 19.

The 2016 Australian Four Days Enduro Championship will be located in Merrijig, just outside Mansfield is one of Australia‰Ûªs most well-known enduro competitions.

Contributing a completely unique format compared to most enduro competitions and featuring elements similar to those of the International Six Days Enduro, it is classed as one of Australia‰Ûªs most fiercely contested events on the year.

Unlike the Australian Off-Road Championships, or the Finke Desert Race or Hattah Desert Race, the Yamaha Australian Four Day Enduro has a different format and a totally different experience to any other event on the calendar. The A4DE will see over 120 competitor‰Ûªs eager for prologue on Tuesday, November 15, which gives every competitor the opportunity to post the fastest time in the hopes seeded as high up in the pecking order as possible on race commencement the following day. Competitors will not only compete for individual honours but for those selected will also represent their state as well.

2017 Yamaha A4DE Event Organiser Chris Gray said he was really looking forward to a top-notch event: ‰ÛÏIt‰Ûªs going to be good to see a lot of the riders who have been away overseas like Matty Phillips and Daniel Milner who we haven‰Ûªt seen for a while. It‰Ûªll be good to see what he does as well as the local guys in Daniel Sanders, Josh Green, and Chris Hollis. It‰Ûªs going to be really interesting to see who has stepped-up to the mark and done the training to get themselves through the event,‰Û