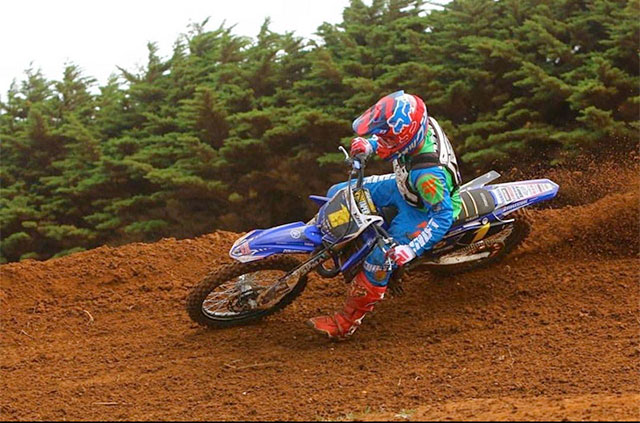 This past weekend Victorian YJR team of Cody Dyce and Liam Andrews did battle at Warnambool MX Track for round two of Victorian Junior MX Championships.

After some awesome riding at round one, Cody and Liam were fired up and ready to go for a huge weekend of racing.

At round one Cody was in a class of his own and since then he had been working hard to improve further so Cody had high expectations for round two. Unfortunately, Cody had a tough day with some excellent competition where his results didn't come easy. A slippery, hard packed track proved a challenge but he never gave up to snag third for the day with 4-3-3 results on his YZ250F.

The club had done a great job of reworking the track for day two and the riders were greeted with a ripped and heavily watered track for practice.

Cody was fired up after a rough Saturday and wanted to get the weekend back on track racing his YZ125. Race one and Cody was in a battle for the lead but a small fall in a slippery rut and a second crash because of a muddy grip wasn‰Ûªt the start Dyce wanted. He still managed to finish fourth after all this but wasn‰Ûªt happy.

Races two and three saw Cody work hard for the entire 15min plus a lap to get two thirds. His 4-3-3 results gave him another third overall.

Cody still leads the 250 championship at the halfway point in the championship and despite some tough luck on his 125 in the opening two rounds, he will continue to fight for race wins.

‰ÛÏWhat a tough weekend? I rode my hardest all weekend so I can't be too disappointed. I guess it showed I still have a few things I need to work on which I think is a real positive.

‰ÛÏI've still got good points in all races and kept the lead on my 250 which I don‰Ûªt plan on losing. I must thank Powelly from SPMX for doing everything's on my bikes he could to make me more comfortable on a track I wasn't feeling great on,‰Û 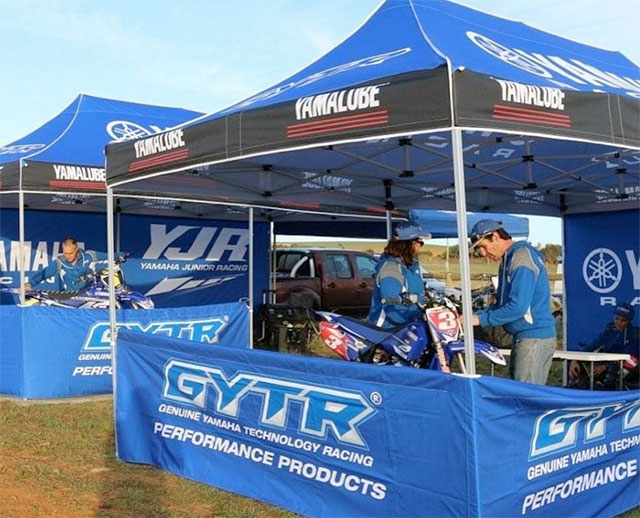 The YJR presence in the pits has stepped up in 2016
Liam Andrews had really stepped up the amount of riding and intensity of his training he was doing since round one so was looking to see if that was going to pay off. The Warnambool track was proving to be extremely one lined so starts were so important here.

Liam had his best race in race one making a few nice passes for a fifth. Race two, Andrews finished eighth after a small crash while a flat tyre caused a DNF in race three.

‰ÛÏOn a good note my bike was great all day. I got two good starts and put in some great laps. I came together with another rider and got a flat tyre. If not for that, my day would have been so much better! I can't wait for round three,‰Û